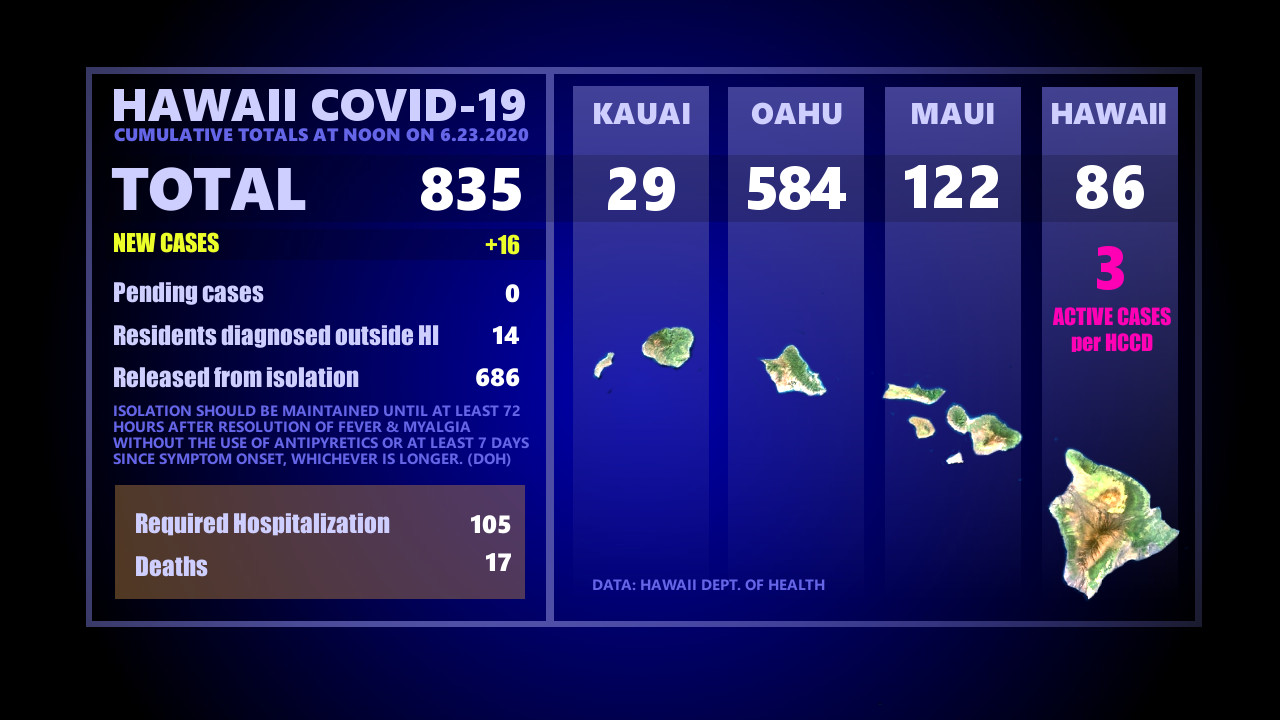 HAWAIʻI - There were 16 newly reported cases of COVID-19 in the State of Hawaiʻi on Wednesday, and one new case on the Big Island.

(BIVN) – On Wednesday at noon, the Hawaiʻi Department of Health reported sixteen (16) newly identified cases of COVID-19 statewide. Most of those cases (13) were identified on Oʻahu, one (1) case was identified on the Big Island, and two (2) residents were diagnosed outside of Hawaiʻi.

Both the County and State of Hawaiʻi are in agreement that the number of active cases on the Big Island is three (3).

Today, the office of the governor noted that Mayor Caldwell’s proposal to allow singing and/or playing of wind instruments on Oʻahu at indoor and outdoor restaurants/bars, with some restrictions, was approved.

Yesterday, 1,512 people arrived in Hawaii. During this same time last year approximately 35,000 passengers arrived in Hawaii daily, including residents and visitors. The state’s mandatory 14-day self-quarantine started on March 26th for all passengers arriving in Hawaii from out of state. This table shows the number of people who arrived by air from out of state yesterday and does not include interisland travel. This data was collected from the Hawaii Department of Transportation’s (DOT) Mandatory Travel Declaration Form.