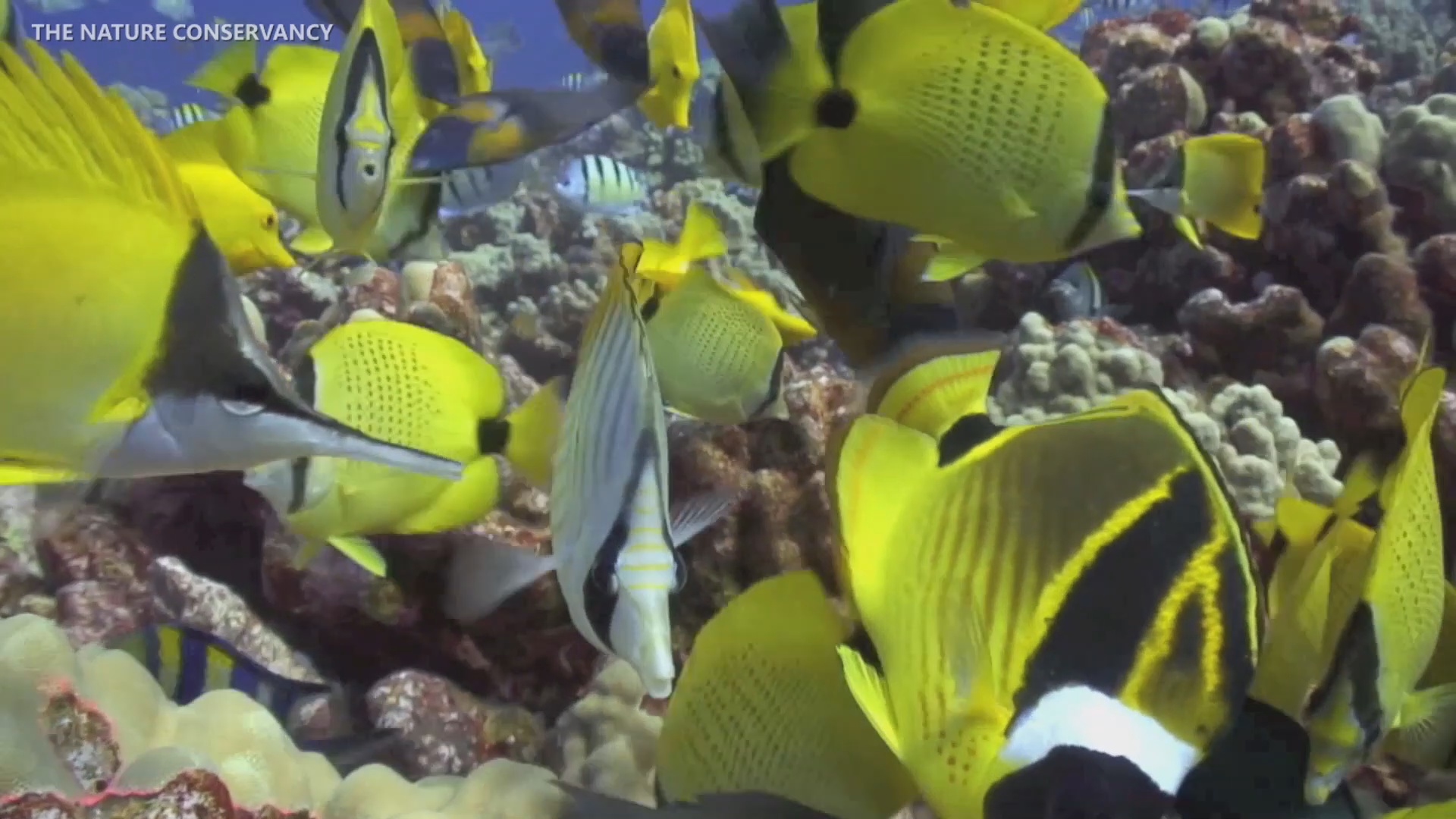 HONOLULU, Hawaiʻi - In an official "non-acceptance" of the final environmental impact statement, the State of Hawaiʻi DLNR detailed the reasons for its decision.

(BIVN) – The State of Hawaiʻi’s non-acceptance of a Final Environmental Impact Statement (FEIS) concerning commercial aquarium fishing off West Hawaiʻi has been published in the latest issue of The Environmental Notice  by the Hawaiʻi Office of Environmental Quality Control.

On May 22, the Board of Land and Natural Resources voted to reject the Pet Industry Joint Advisory Council’s FEIS concerning commercial aquarium permits for the West Hawaiʻi Regional Fishery Management Area. On June 23, the official non-acceptance of the FEIS was published in The Environmental Notice. The DLNR provided the following explanation:

Upon careful consideration the Board did not and does not accept the FEIS based on the following findings and reasons and for any other additional reasons supported by the testimony and exhibits.

1. In order to properly assess the likely impact of the proposed take of the aquarium fish, the FEIS should contain a reasonably reliable estimate of the amount of future take.

2. Except for the pākuʻikuʻi, or Achilles tang, the FEIS does not contain any daily bag limits on any of the “White List” species which the fishers are allowed to take, and there are no annual limits on the take of any species except that the total take of pākuʻikuʻi would be limited by the fact that only ten permits with a daily limit of five each would be allowed under the proposed action. In addition, there is no scientific basis provided for reducing daily take of pākuʻikuʻi from ten to five per permit, nor any analysis of the impact of that level of take on the population of pākuʻikuʻi.

3. The existing regulations of the WHRFMA do not contain any daily or annual bag limits other than for the pākuʻikuʻi, a “slot limit” for yellow tang, and a limit on kole over 4″ long. To project how many fish are likely to be taken, the FEIS relies completely on the historical catch records of these ten fishers for the forty “White List” species. See Tables 5-2 and 5-11. The FEIS concludes that 160,832 fish would be taken annually, based on the maximum number taken by the ten permittees in any year, during the 2000-2017 period. See §5.4.1.5. The assumption that historical catch records adequately predict the future take has a number of shortcomings.

4. It appears that no more than 8 of the 10 fishers were active in any previous year. See Table 4-2. It seems likely that all ten fishers will be active, given they had sufficient interest in the pennits to fund the EIS, and that they will have a monopoly on the use of fine-mesh nets to collect fish in the WHRFMA.

5. The FEIS has no information about the level of effort of these 10 fishers in prior years, i.e. whether they collected 100, 200, or 300 days a year, for example, and the amount of time spent collecting. It is possible that they could significantly increase their collection efforts and total take.

6. The fishers could also or alternatively change what species they target for collection and increase the impact on some species.

8. In order to assess the likely impact of the take, the FEIS should adequately analyze the sustainable level of take. The FEIS relies on Ochavillo and Hodgson (2006) for the proposition that 5-25% of a population is a sustainable level for annual take. The FEIS has an inadequate justification for the reliance on this publication as the best available science. The FEIS does not provide data for nor statistically analyze the sustainability of that level of take for each type of fish, given each fish species’ life span, population size, reproductivity rates and age at first reproduction.

9. In §5.4.1.5, the FEIS uses Table 5-11 to compare the take of various species to the CREP population estimates, to show that they are well below the claimed 5-25% sustainable level. In Table 4-5, however, the harvest/population ratios of four or five species (depending on the year) in the West Hawaiʻi open areas at 30′-60′ depth exceeded 5% for several species, and are as high as 39.67% for the pākuʻikuʻi in 2017-2018. The West Hawaiʻi open area population estimates may be more relevant than the island-wide CREP data.

10. The FEIS has an inadequate discussion of the role of herbivores. Many of the “White List” species are herbivores.

12. The extreme threat of climate change on our reefs warrants extreme caution in reviewing activities that may affect them. The FEIS should further discuss potential effects of present and future levels of climate change including ocean warming, ocean acidification, coral bleaching, extreme storms, and resulting reef destruction and algae growth, and the potential for mitigating harm (i.e. further regulation) if the proposed fishery has unanticipated or greater negative effects with climate change.

13. The FEIS failed to sufficiently consider cultural impacts. The FEIS improperly concluded that the impacts to cultural resources under any of the proposed alternatives would be less than significant based on the flawed premise that cultural impacts would only occur if the proposed action would cause a significant decline in the population of a White List Species considered to be a cultural resource. A number of testimonies expressed misgivings from a cultural standpoint with the proposed activity itself, regardless of impact on resources, and this was not adequately considered in concluding no significant impact.

14. The FEIS does not adequately discuss the effect of illegal aquarium fishing on the numbers of projected sustainable take of fish species.