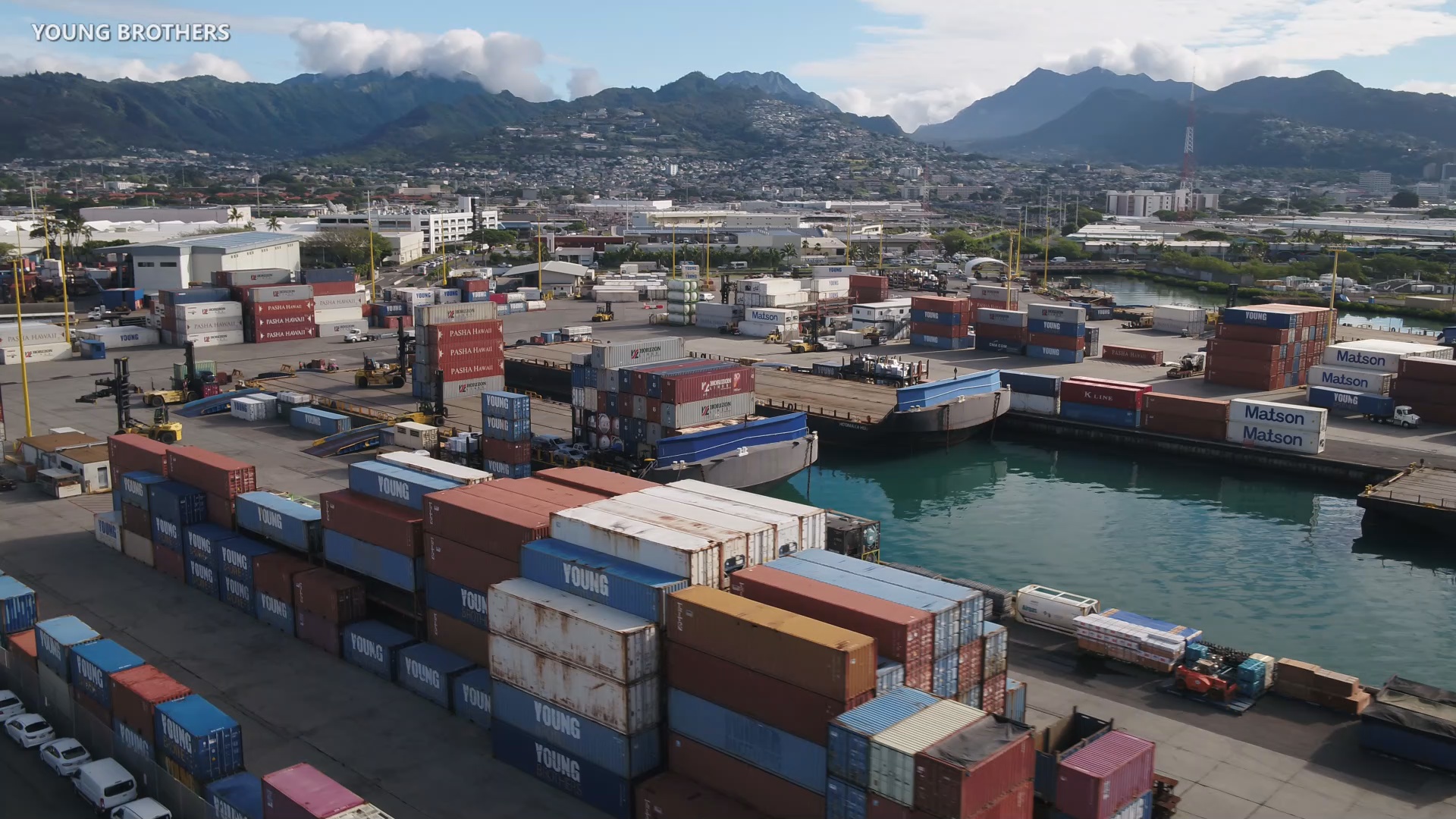 (BIVN) – Following a request from the Young Brothers inter-island shipping company seeking financial relief from the State of Hawaiʻi – and a publicized incident in which 21 containers fell overboard from a Young Brothers barge near Hilo – the Hawaiʻi County Council is set to enter the discussion.

The matter is not under Hawaiʻi County jurisdiction. However, the media release notes that the Senate Transportation Committee recently amended House Bill No. 2475 to provide Young Brothers with enough CARES Act funding to remain solvent. The release states:

The resolution emphasizes the critical and unique role that Young Brothers plays in supplying the islands of the State of Hawai‘i, by ensuring food, cargo, fuel, vehicles, and agriculture products are able to get to and from their destinations safely. It notes the alternate funding sources – from the federal government, for example – that the company can tap to remain in operation. It cites the PUC’s statutory oversight role in keeping charges “just and reasonable.” And it calls on state and federal leaders and regulators to ensure that the unthinkable threat of a shutdown in cargo operations does not happen.

The resolution is expected to be heard at the July 8 meeting of the Hawaiʻi County Council.