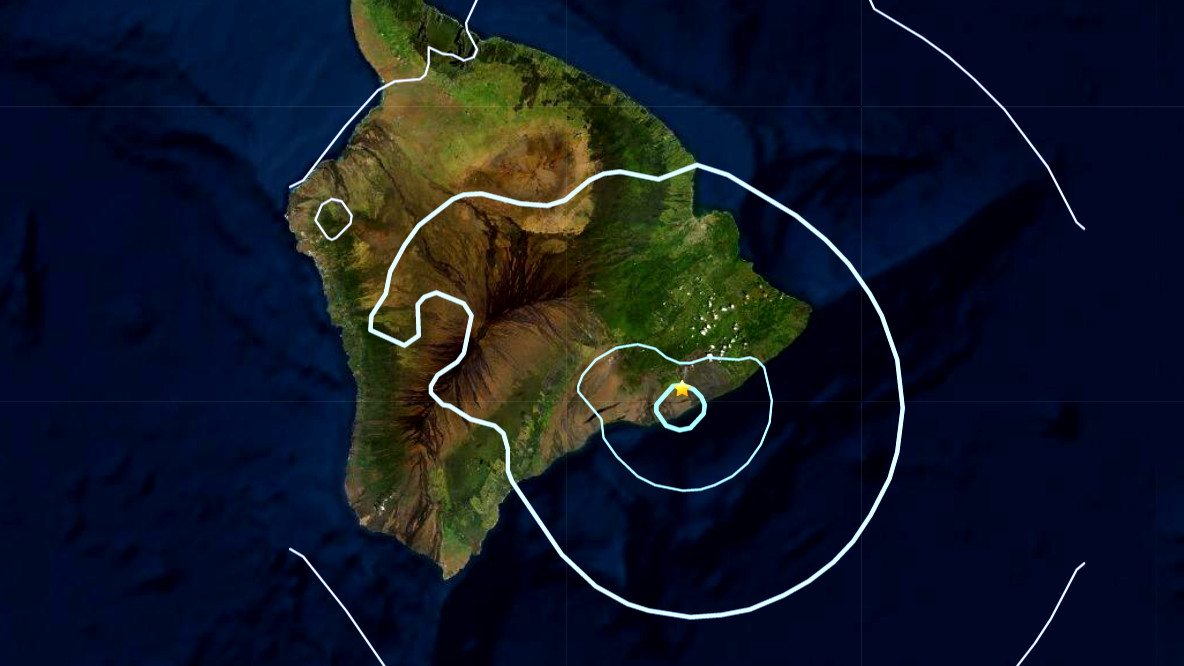 Another Earthquake Over Magnitude 4 Rumbles On Hawaiʻi

HAWAIʻI ISLAND - Emergency officials issued a message saying that the quake was not large enough to cause a tsunami for the island of Hawaiʻi. 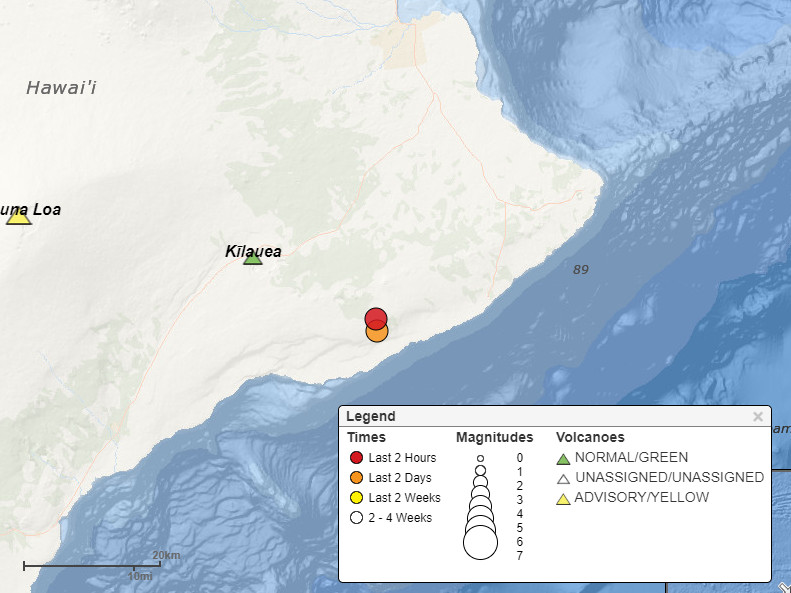 (BIVN) – Another earthquake struck the south flank of Kīlauea Volcano on Friday afternoon, in the same area where an earthquake shook the island last night.

The most recent earthquake occurred at 2:18 p.m. HST, and was located about 8 miles south of Fern Forest at a depth of nearly 4 miles. USGS Hawaiian Volcano Observatory measured the earthquake at a Magnitude 4.1, and later revised it to a Magnitude 4.3. (UPDATED)

The Pacific Tsunami Warning Center, which initially reported the quake at a Magnitude 4.3, issued a message saying that the quake was not large enough to cause a tsunami for the island of Hawaiʻi. (UPDATED)


On Thursday night at around 11:20 p.m. HST, a Magnitude 4.6 earthquake occurred in the same location. Scientists said that quake was likely an aftershock of the 2018 magnitude-6.9 earthquake as the volcano continues to settle.

“As in all earthquakes, be aware of the possibility of after-shocks,” stated the Hawaiʻi County Civil Defense agency in an alert message. “If the earthquake was strongly felt in your area, precautionary checks should be made for any damages; especially to utility connections of Gas, Water, and Electricity.”

Weak shaking, with maximum Intensity of III on the Modified Mercalli Intensity Scale, has been reported across the Island of Hawai‘i. At that intensity, significant damage to buildings or structures is not expected. The USGS “Did you feel it?” service received over 220 felt reports within the first hour of the earthquake.

According to HVO seismologist Ashton Flinders, the earthquake had no apparent effect on Kīlauea or Mauna Loa volcanoes. “We do not see any immediate changes in activity at Kīlauea or Mauna Loa as a result of either this earthquake or the M4.6 earthquake last night. It is not uncommon for aftershocks like these to happen in relatively short succession. Further aftershocks remain possible and may be felt.” HVO continues to monitor Kīlauea and other Hawaiian volcanoes for any changes.

Aftershocks are the result of crustal settling from larger earthquakes, such as the M6.9 that occurred on May 4, 2018. The location, depth, and waveforms recorded as part of today’s earthquake are consistent with slip along this south flank fault. While most earthquakes under Kīlauea’s south flank are caused by abrupt motion of the volcano to the southeast over the oceanic crust, some patches of the fault that did not slip during the larger earthquakes are primed to slip as subsequent aftershocks.