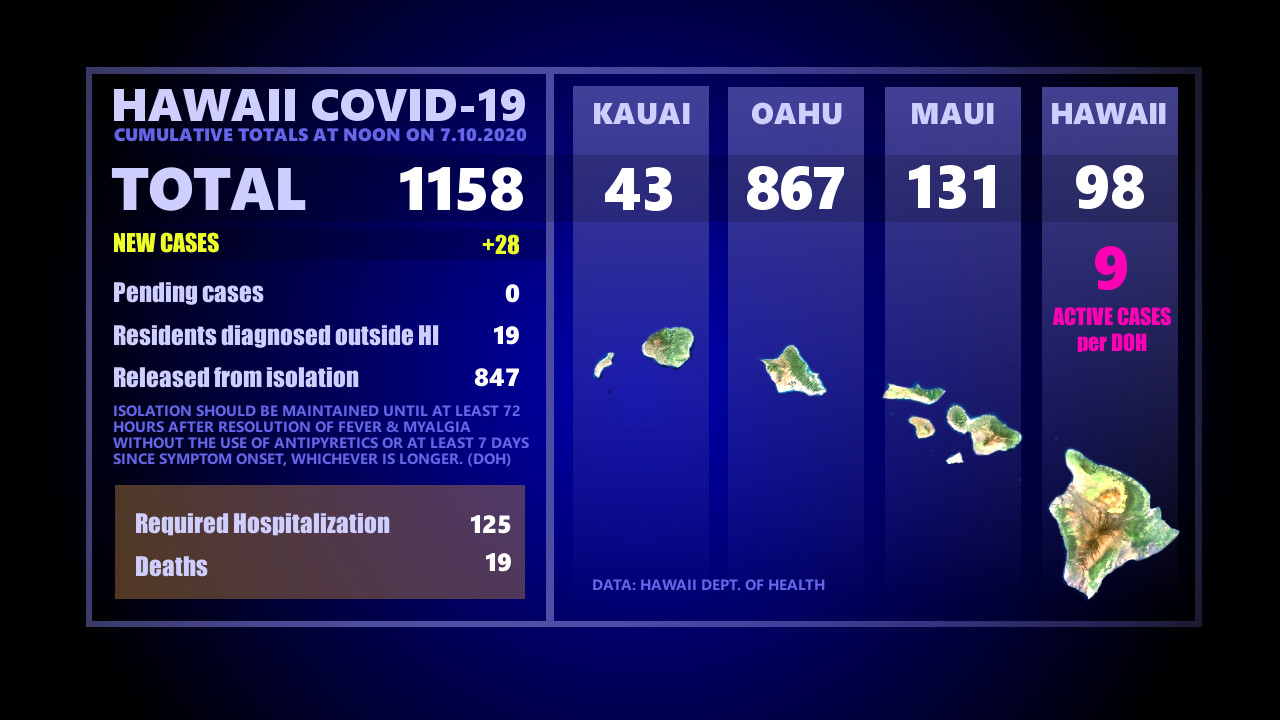 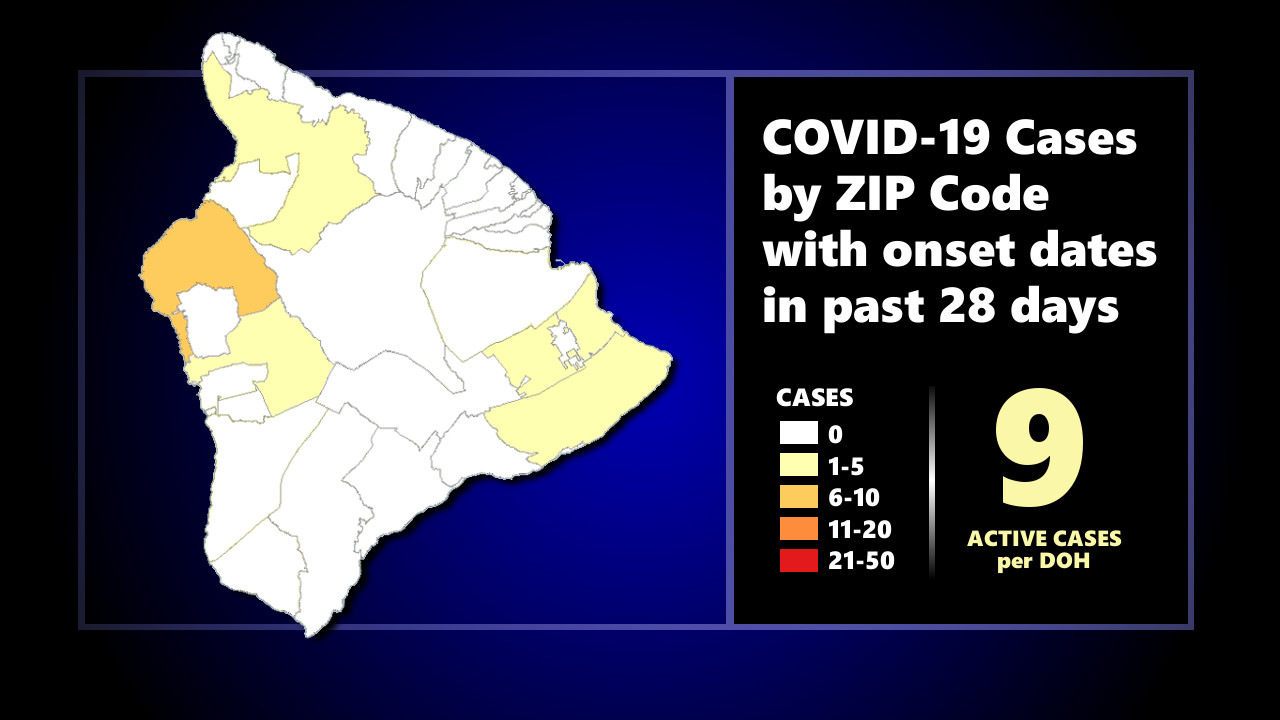 BIVN graphic features the number of “active” cases, and the Hawaiʻi health department map showing reported cases with onset dates in the past 28 days by zip code.

(BIVN) – The State of Hawaiʻi at noon on Friday reported twenty-eight (28) new cases of COID-19 statewide. Most of those new cases were identified on Oʻahu.

According to the noon update from the Hawaiʻi Department of Health, there are now nine (9) active cases on the Big Island. The County of Hawaiʻi reported seven (7) active cases this morning, of which one was hospitalized.

Governor David Ige today issued the following statement in regards to his ongoing talks with the county mayors on COVID-19 planning:

“The mayors and I have had productive meetings this week about the pre-travel testing program. We are assessing the current situation in Hawaiʻi and on the mainland, and we’ll make an announcement when we are satisfied that the plans will protect the health and safety of our residents and guests.”

From the Hawaiʻʻi Tourism Authority:

Yesterday, 2,668 people arrived in Hawaii. During this same time last year approximately 35,000 passengers arrived in Hawaii daily, including residents and visitors. Yesterday marked 15 weeks since the state’s mandatory 14-day self-quarantine started for all passengers arriving in Hawaii from out of state. This table shows the number of people who arrived by air from out of state yesterday and does not include interisland travel. This data is from the Hawaii Department of Transportation’s (DOT) Mandatory Travel Declaration Form.