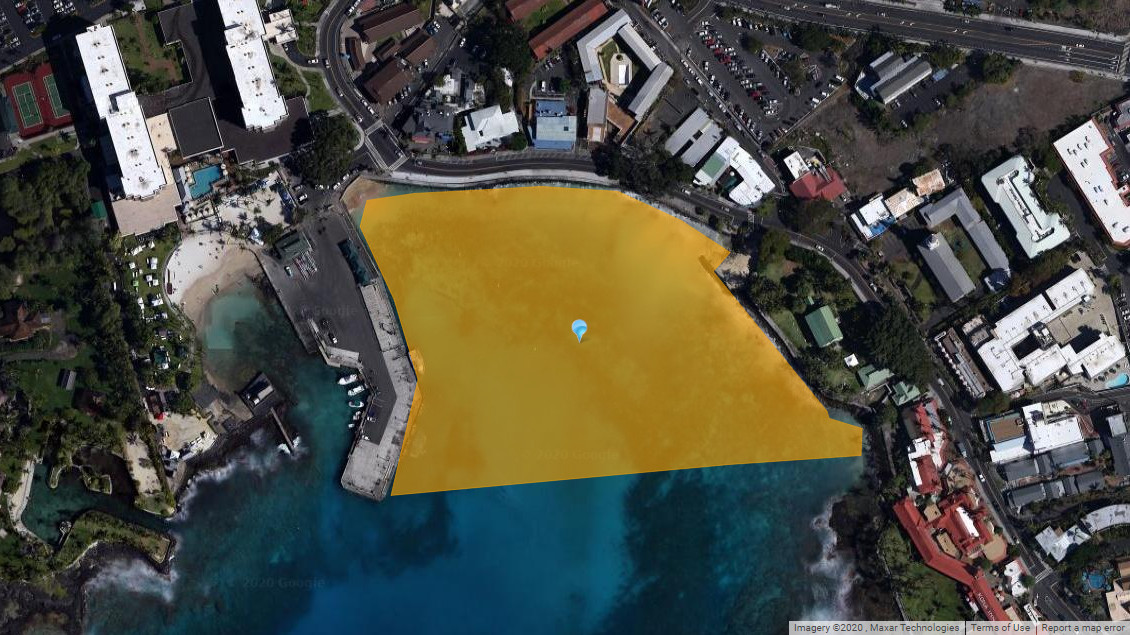 (BIVN) – A broken sewer line in Kailua Village resulted in the closure of Aliʻi Drive today and prompted an alert from Hawaiʻi health officials warning that the public should stay out of Kailua Bay.

On Saturday morning at 10 a.m., Hawaiʻi Police issued a Nixle message, saying that Aliʻi Drive from Kailua Pier to Sarona Lane was closed due to a sewage spill. The road was reopened by noon after a cleanup.

The Hawaiʻi Department of Health Clean Water Branch also issued an advisory, warning residents to remain out of the waters of Kailua Bay in Kona.

“Approximately 20,000 gallons of sewage entered Kailua Bay due to a broken sewer line,” the health department reported. “Signs have been posted and water quality samples are being collected. The public is advised to remain out of Kailua Bay until this advisory has been canceled.”