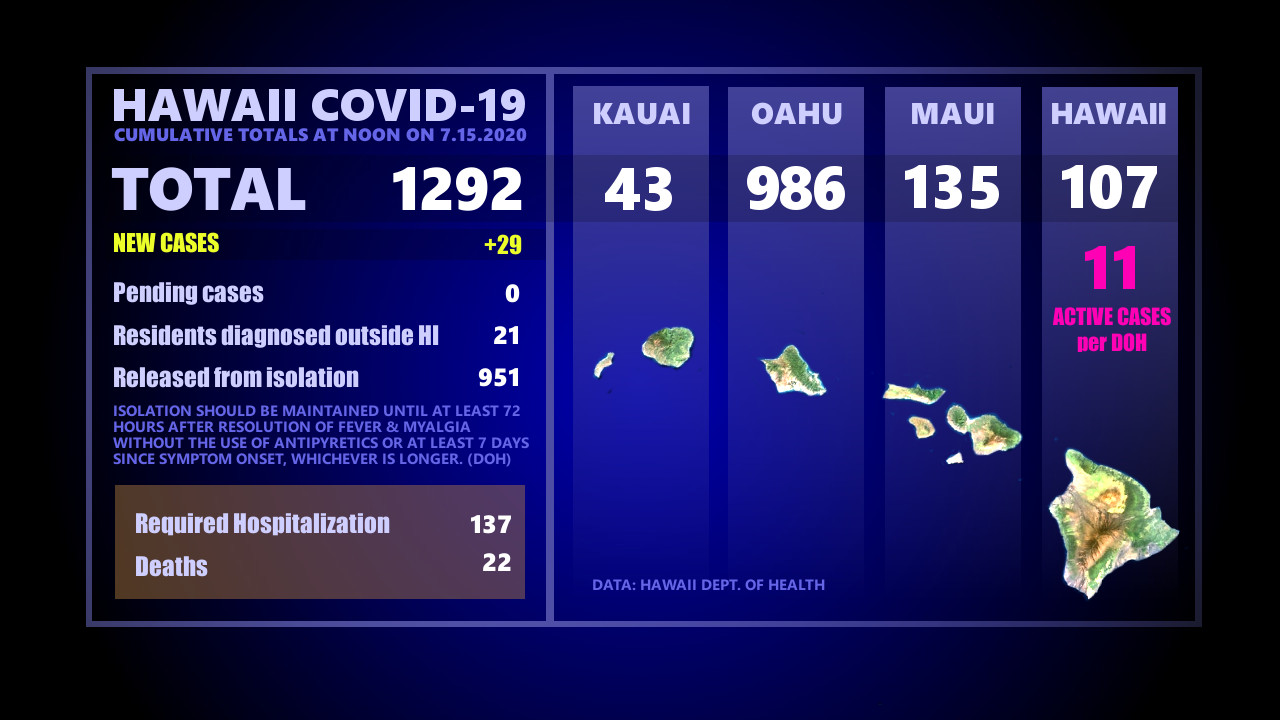 HAWAIʻI ISLAND - There were 29 newly reported cases of COVID-19 in the State of Hawaiʻi, and two new cases reported on the Big Island. 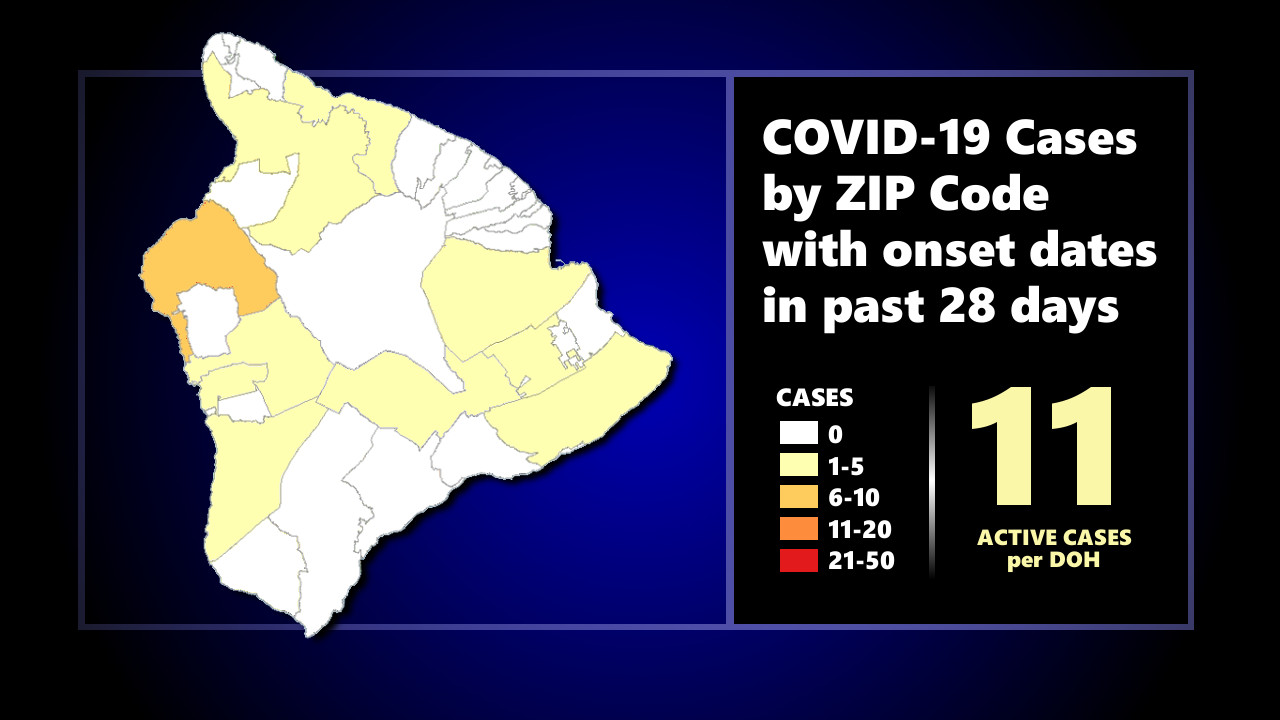 BIVN graphic features the number of “active” cases according, to the Hawaiʻi Department of Health update issued at noon, and a DOH map showing zip code areas with reported cases having onset dates in the past 28 days.

(BIVN) – Two (2) new cases of COVID-19 were reported on Hawaiʻi island by the Hawaiʻi Department of Health in a noon update on Wednesday, part of the twenty-nine (29) new cases reported statewide.

Once again, the bulk of the new cases were identified on Oʻahu. Of the total 1,292 cases counted statewide since the start of the pandemic, 951 have been released from isolation. 137 have required hospitalization, and 22 have died.

Also at noon, the Hawaiʻi Department of Health reported 96 of the 107 cases on the Big Island have been released from isolation, indicating that the number of active cases is eleven (11). This morning, the Hawaiʻi County Civil Defense reported the number of active cases at nine (9), before the state’s noon announcement of two (2) new cases on the Big Island. In that time, four (4) people on Hawaiʻi island have required hospitalization.

Today, Hawaiʻi Congresswoman Tulsi Gabbard announced that the U.S. Department of Commerce awarded $649,000 in CARES Act funds to the Feed the Hunger Foundation.

The foundation is a certified Community Development Finance Institution that provides loans in Hawai‘i to help farmers and food entrepreneurs to start and grow businesses, Gabbard’s office says.

“With the COVID-19 pandemic still in full force and Hawai‘i seeing positive case rates similar to what we were seeing at the outset of this crisis, we need to ensure that our families and communities continue to get the support they need,” said Rep. Tulsi Gabbard. “These resources will help during this short-term crisis and the long-term in two ways — helping to create a more sustainable food infrastructure and better food security while bolstering efforts to engage more people in the local food economy.”

Yesterday, 2,307 people arrived in Hawaii. During this same time last year approximately 35,000 passengers arrived in Hawaii daily, including residents and visitors. The state’s mandatory 14-day self-quarantine started on March 26th for all passengers arriving in Hawaii from out of state. This table shows the number of people who arrived by air from out of state yesterday and does not include interisland travel. This data was collected from the Hawaii Department of Transportation’s (DOT) Mandatory Travel Declaration Form.