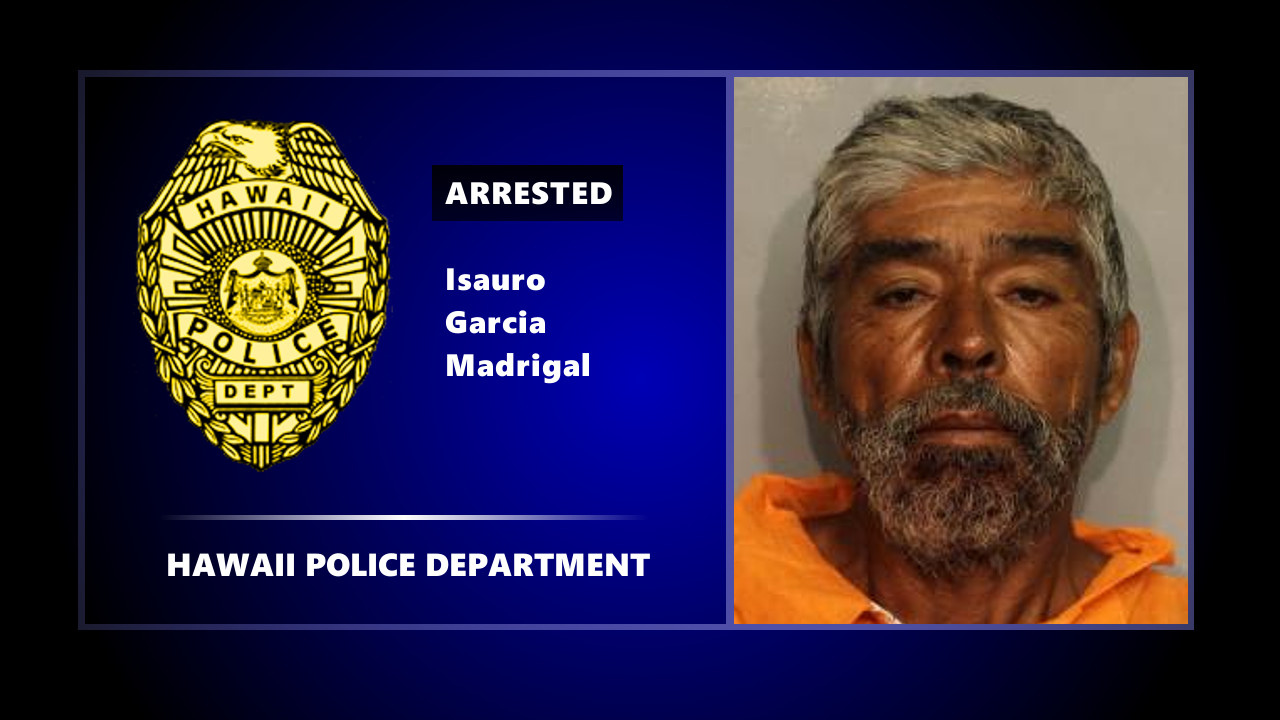 PUNA, Hawaiʻi - Police say Isauro Garcia Madrigal told them two males had entered his 37th Avenue property and attacked him with a knife.

(BIVN) – Police have arrested a Puna man in connection with a murder that occurred in the driveway of his Orchidland residence. From the Hawaiʻi Police:

Hawaiʻi Island Police have arrested a 65-year-old Puna man in connection with a murder that occurred in the driveway of his residence on Thursday evening (July 16).

The man arrested has been identified as Isauro Garcia Madrigal.

Thursday evening (July 16) shortly before 8:30 p.m., Puna Patrol officers responded to a residence on 37th Avenue in Orchidland for a reported verbal argument. When officers arrived at the scene they contacted Madrigal who was seated outside of the gated property. He reported to officers that two males had entered his property and attacked him with a knife. Officers then located the male victim’s body on the driveway, just inside the fence. The victim appeared to have blunt force trauma-type injuries to his head.

At 8:55 p.m. Madrigal was arrested at the scene and taken to the Pahoa Police station for processing. He was later taken to Hilo Medical Center for treatment of injuries he reportedly received during the confrontation.

Detectives with the Area I Criminal Investigation Section responded to the scene to continue the investigation which has been classified as a second-degree murder.

The victim was later transported to the Hilo Medical Center where he was pronounced dead. An autopsy will be performed this morning to determine the exact cause of death.

Just prior to this incident being reported to police, a nearby neighbor reported hearing yelling coming from the area and then observed two cars possibly leaving the area. Police ask anyone who may have witnessed this incident or who may have information about this case to call Detective William Brown of the Area I Criminal Investigation Section at (808) 961-2379 or william.brown@hawaiicounty.gov or the Hawai’i Police Department’s non-emergency line at (808) 935-3311.