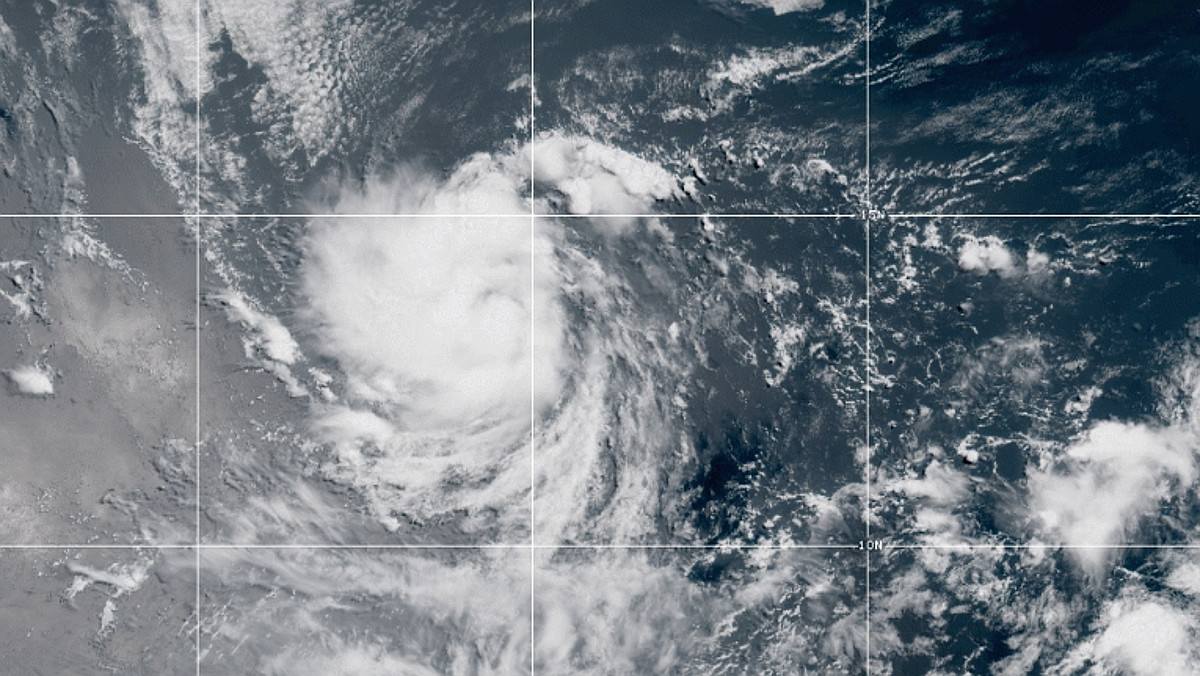 HAWAIʻI - Tropical Storm Douglas is expected to become a hurricane in a couple of days, as it heads into the Central Pacific. 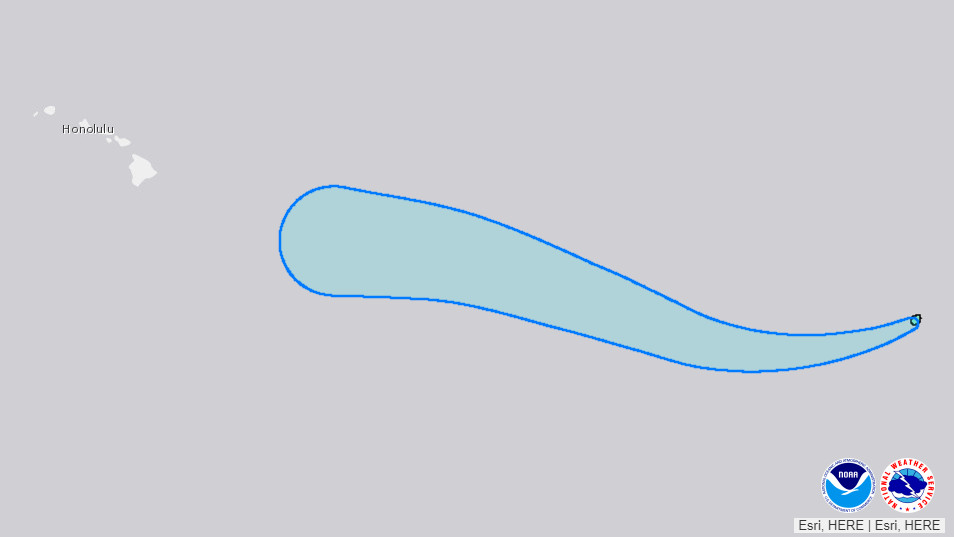 (BIVN) – One of the two tropical depressions that formed overnight in the Eastern Pacific has strengthened, and is now Tropical Storm Douglas.

Douglas is about 1,025 miles southwest of the southern tip of Baja California, and is heading west southwest at 10 mph. The storm system is expected to strengthen further.

The National Hurricane Center in Miami said the system “now has a small but well organized central dense overcast with curved bands on the west side of the circulation.” The forecasters wrote:

Douglas is expected to be in quite favorable conditions of low vertical wind shear, high amounts of moisture, and warm [sea surface temperatures] during the next few days. Given these conducive environmental conditions and the storm’s improved and compact structure, steady or possibly even rapid strengthening is possible during that time period. After a few days, however, a combination of higher shear, slightly cooler waters, and drier air should end the strengthening trend and induce weakening. The NHC intensity forecast lies near the higher end of the guidance. This forecast shows a faster rate of strengthening in the short term and more weakening at the end of the period compared to the previous forecast.

Douglas is expected to gradually turn westward during the next couple of days due to a mid-level ridge situated to the north. 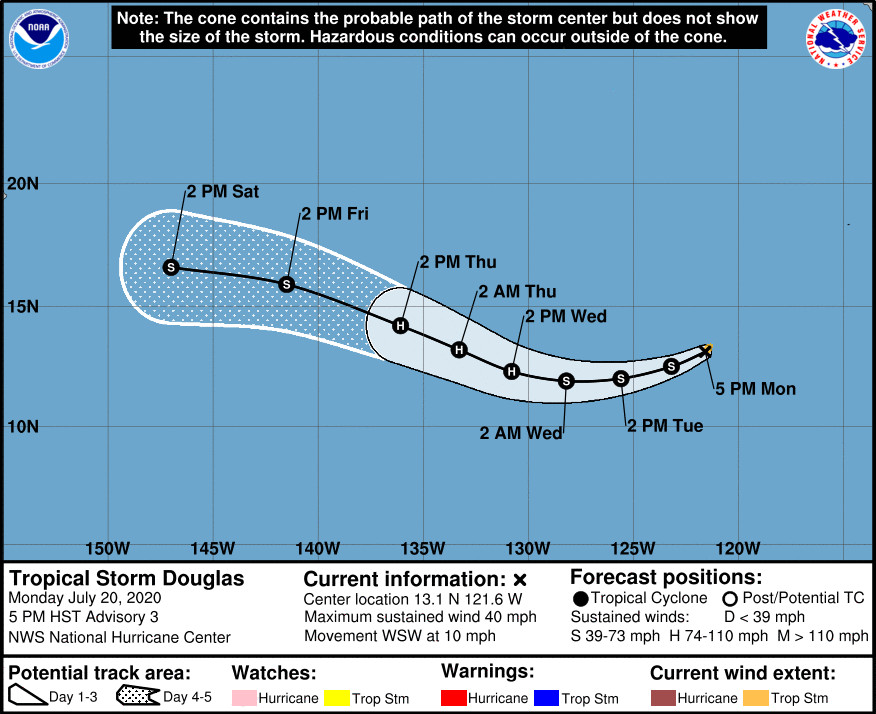 The effects Douglas may have on Hawaiʻi weather are presently unknown. “The long range forecast for the weekend remains at low confidence as global model solutions diverge with the track and intensity of what is currently Tropical Depression Eight-E,” the National Weather Service in Honolulu wrote just before the system was upgraded to a Tropical Storm. “Stay tuned for updates,” the forecasters said.