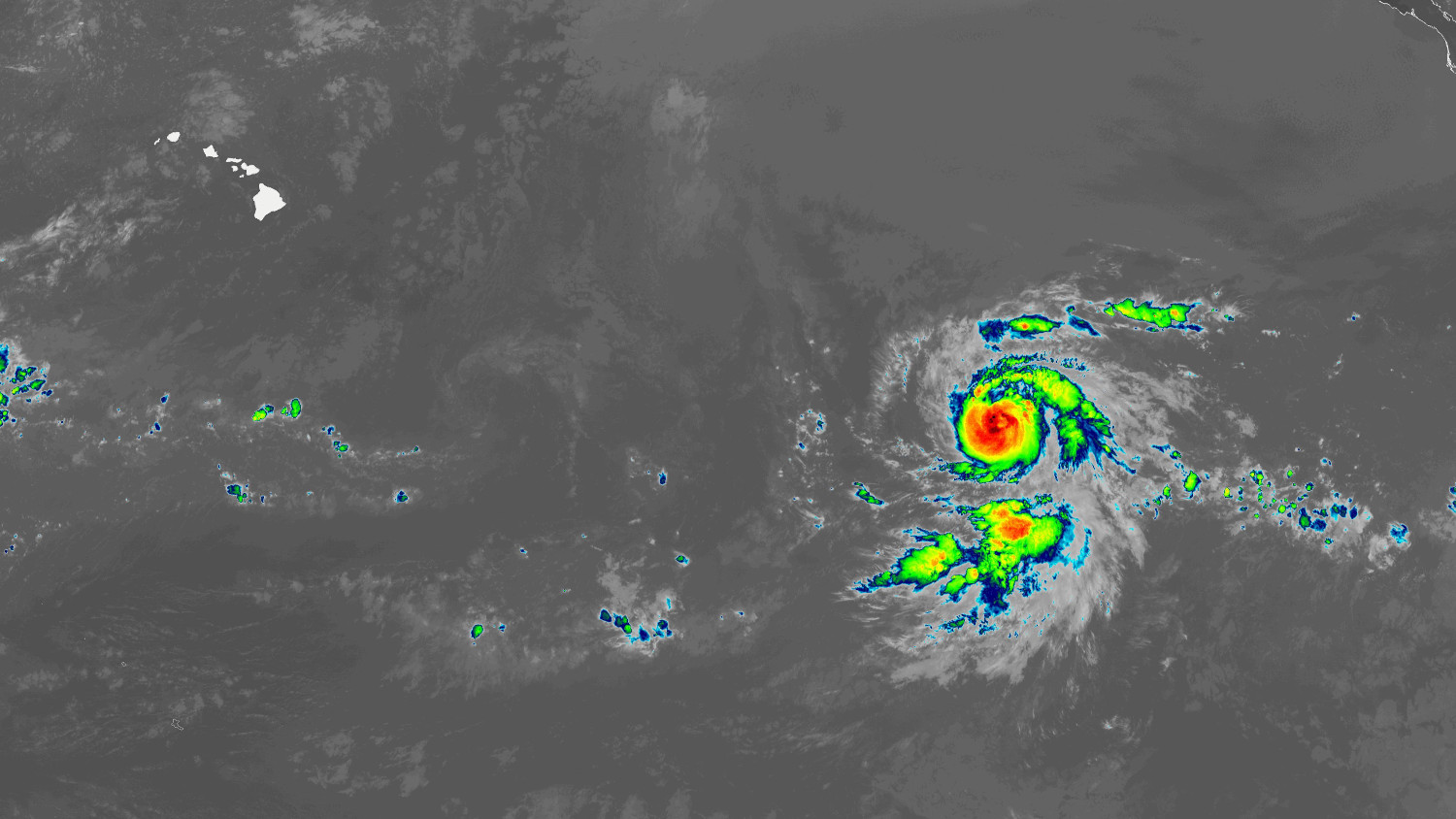 Douglas Becomes A Hurricane, Could Approach Hawaiʻi This Weekend

HAWAIʻI - Douglas has becomes the first hurricane of the 2020 eastern pacific season. There is an increasing chance of strong winds and heavy rainfall for Hawaiʻi.

(BIVN) – Douglas has resumed strengthening and has become a hurricane, 1785 miles east southeast of Hilo.

This morning’s “key message” from the National Hurricane Center says Douglas “is expected to move near or over portions of the Hawaiian Islands this weekend, and there is an increasing chance that strong winds and heavy rainfall could affect portions of the state beginning on Sunday.” 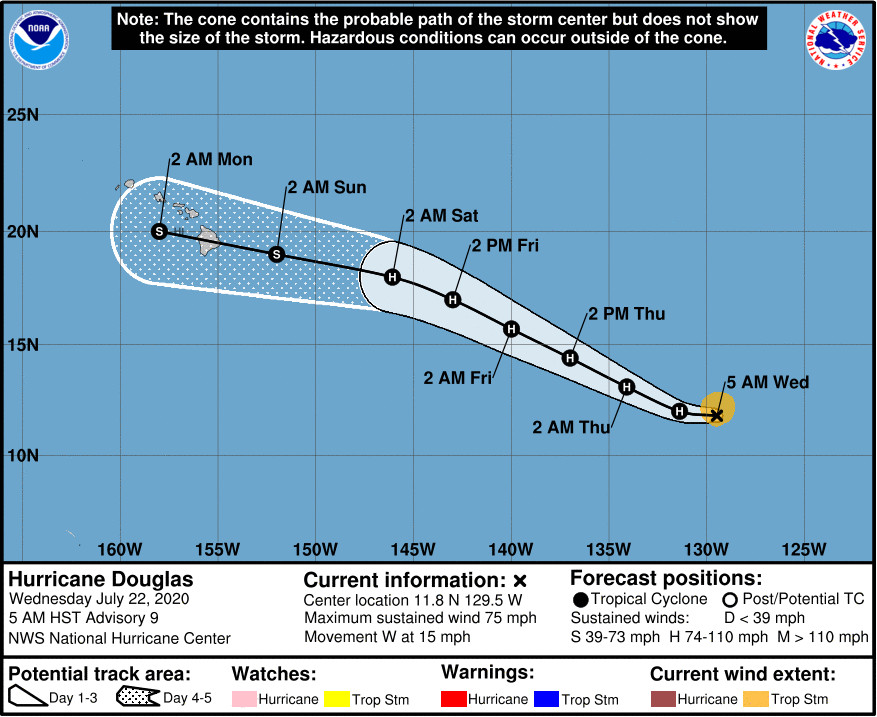 “Interests on the Hawaiian Islands should continue to monitor the progress of Douglas,” the forecasters said.

Hurricane Douglas is expected to further strengthen during the next day or two as it tracks towards Hawaiʻi, and then some weakening could begin on Friday once the storm begins to move over cooler waters. 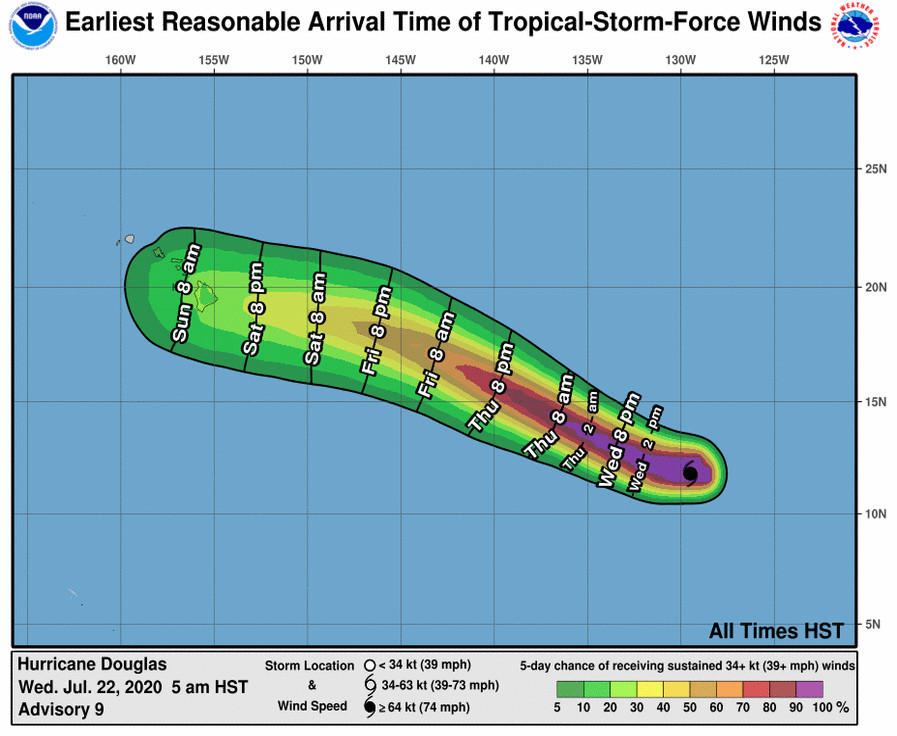 From the National Hurricane Center discussion posted at 5 a.m. HST:

With Douglas’s improved structure, low shear and warm sea surface temperatures (28-29C) should support further strengthening during the next 36 hours or so. There’s still a significant chance of rapid intensification during that period, with the GFS- and ECWMF-based SHIPS RI guidance both over 50 percent. After that time, oceanic heat content values fall below zero along Douglas’s forecast track, and it is likely that the hurricane would begin to gradually weaken, although not considerably so since vertical shear is not expected to increase until about day 4. SHIPS, HCCA, and the Florida State Superensemble are in very good agreement, especially during the first part of the forecast period, and so the NHC intensity forecast closely follows those solutions. This new forecast shows a slightly higher peak intensity compared to previous forecasts.