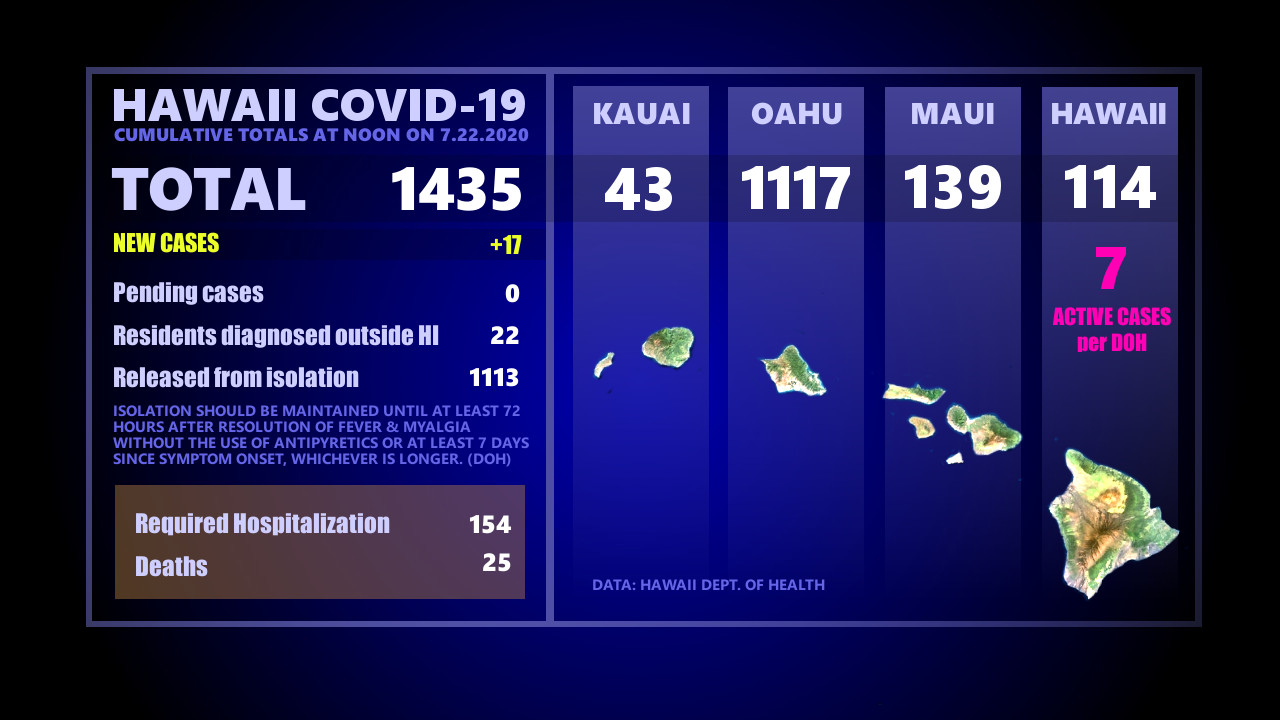 HAWAIʻI - All of the new cases reported today by the Hawaiʻi health department were identified on Oʻahu. 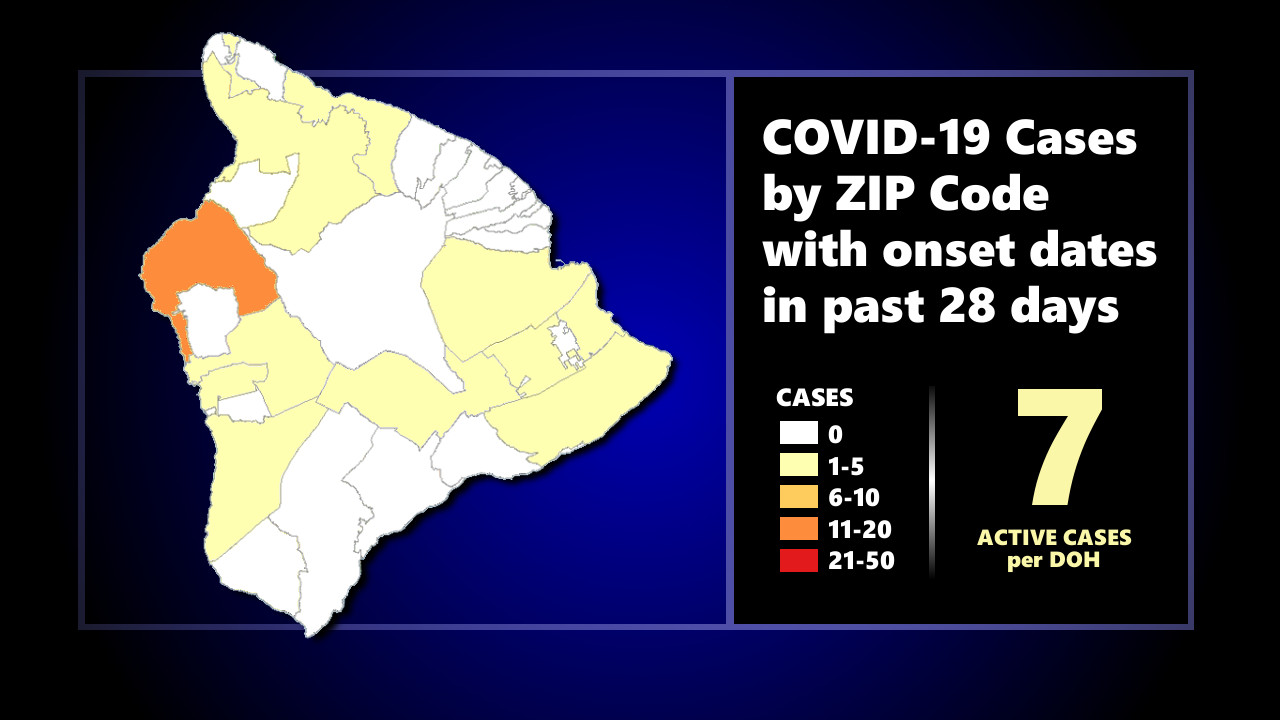 BIVN graphic features the number of “active” cases as indicated by the Hawaiʻi Department of Health at noon, and a map showing zip code areas with reported cases having onset dates in the past 28 days according to the Hawaiʻi health department.

(BIVN) – There were seventeen (17) newly identified cases of COVID-19 reported statewide by the Hawaiʻi Department of Health at noon on Wednesday. All 17 were reported on Oʻahu.

There was also one (1) new death reported by the State, bringing the total number to 25.

The Dept. of Health reports the death of an O‘ahu man, between 40-59 years-of-age as the state’s 25th death of a resident due to coronavirus. His death was reported late yesterday, and “all of Hawai‘i joins in extending condolences to the family and friends of this man, during this very difficult time,” said Health Director Dr. Bruce Anderson. This is the fourth COVID-19 death in this age group and is the 20th on O‘ahu. There have been four (4) deaths among Maui residents, and one (1) Kaua‘i resident’s death which occurred out-of-state.

On Hawaiʻi island, the cumulative number of cases remains at 114. Of that, only seven (7) are considered active. That also matches the number of active cases reported this morning by the Hawaiʻi County Civil Defense.

Of the cumulative 1,435 cases statewide, 154 have required hospitalization, and 1,113 have been released from isolation.

Yesterday, 2,208 people arrived in Hawaii. During this same time last year approximately 35,000 passengers arrived in Hawaii daily, including residents and visitors. The state’s mandatory 14-day self-quarantine started on March 26th for all passengers arriving in Hawaii from out of state. This table shows the number of people who arrived by air from out of state yesterday and does not include interisland travel. This data was collected from the Hawaii Department of Transportation’s (DOT) Mandatory Travel Declaration Form.