video from the 5 p.m. media briefing with the National Weather Service, edited by BIVN

HAWAIʻI - The Hurricane Warning has been canceled for Maui County, but remains in effect for Oʻahu and Kauai County, including the islands of Kauai and Niʻihau. 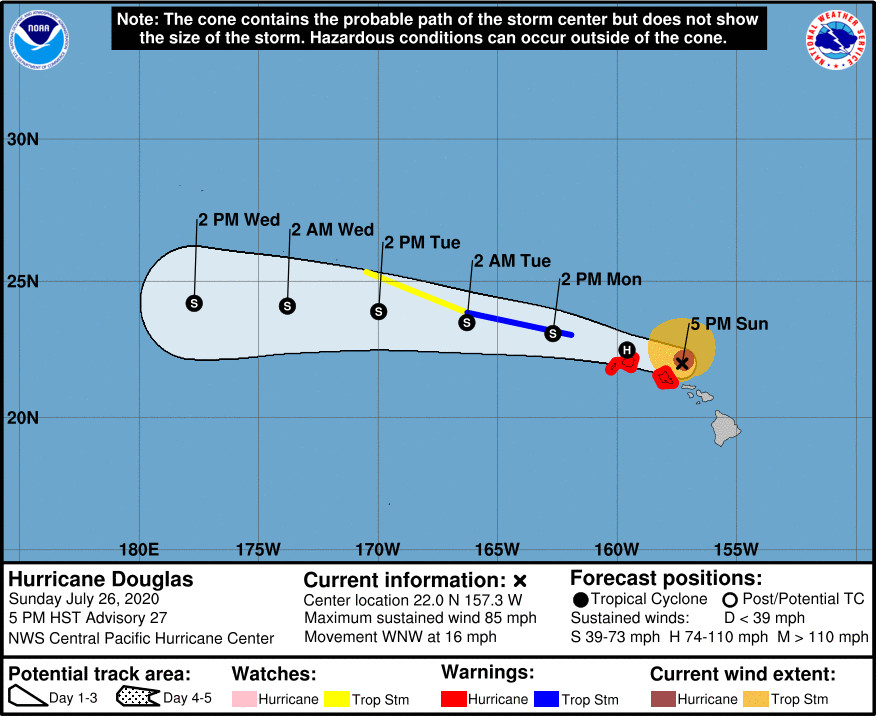 (BIVN) – Hurricane Douglas is 60 miles northeast of Honolulu as of 5 p.m. HST, and moving west northwest at 16 mph.

Hurricane Douglas has maintained maximum sustained winds near 85 mph with higher gusts, and is forecast to pass near Oʻahu and Kauaʻi tonight.

The Central Pacific Hurricane Center reported that the aircraft data recorded by the Hurricane Hunters from the Air Force 53rd Weather Reconnaissance Squadron, and land-based radars, “indicated that Douglas has taken a jog to the north today.” The motion has given the islands more breathing room as Dougles passes by.