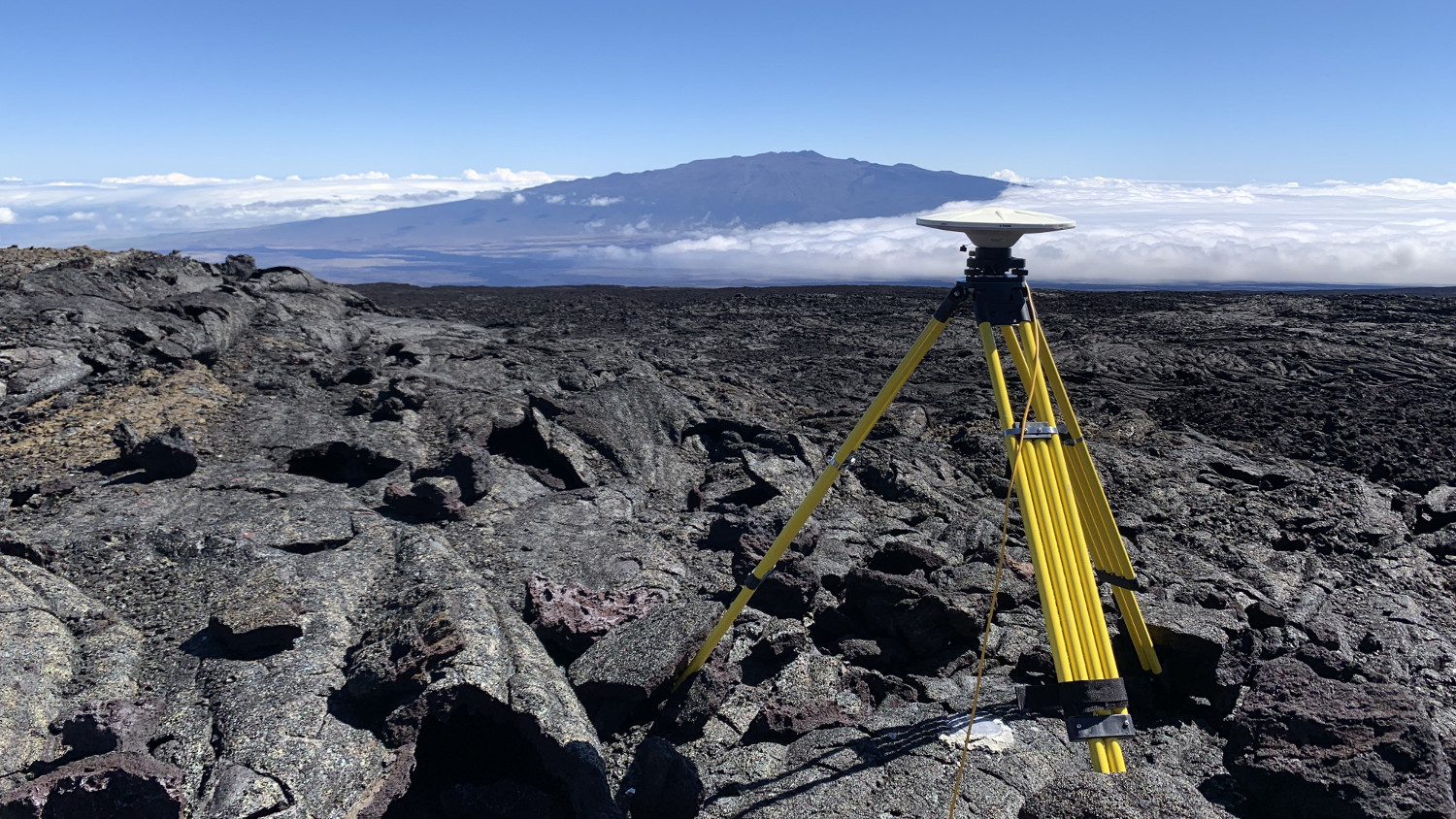 GPS station located on the north flank of Mauna Loa, with Mauna Kea visible in the background. USGS photo by S. Conway.

MAUNA LOA, Hawaiʻi - The survey helps measure deformation, which informs on the volume changes within the volcano's subsurface magma reservoirs. 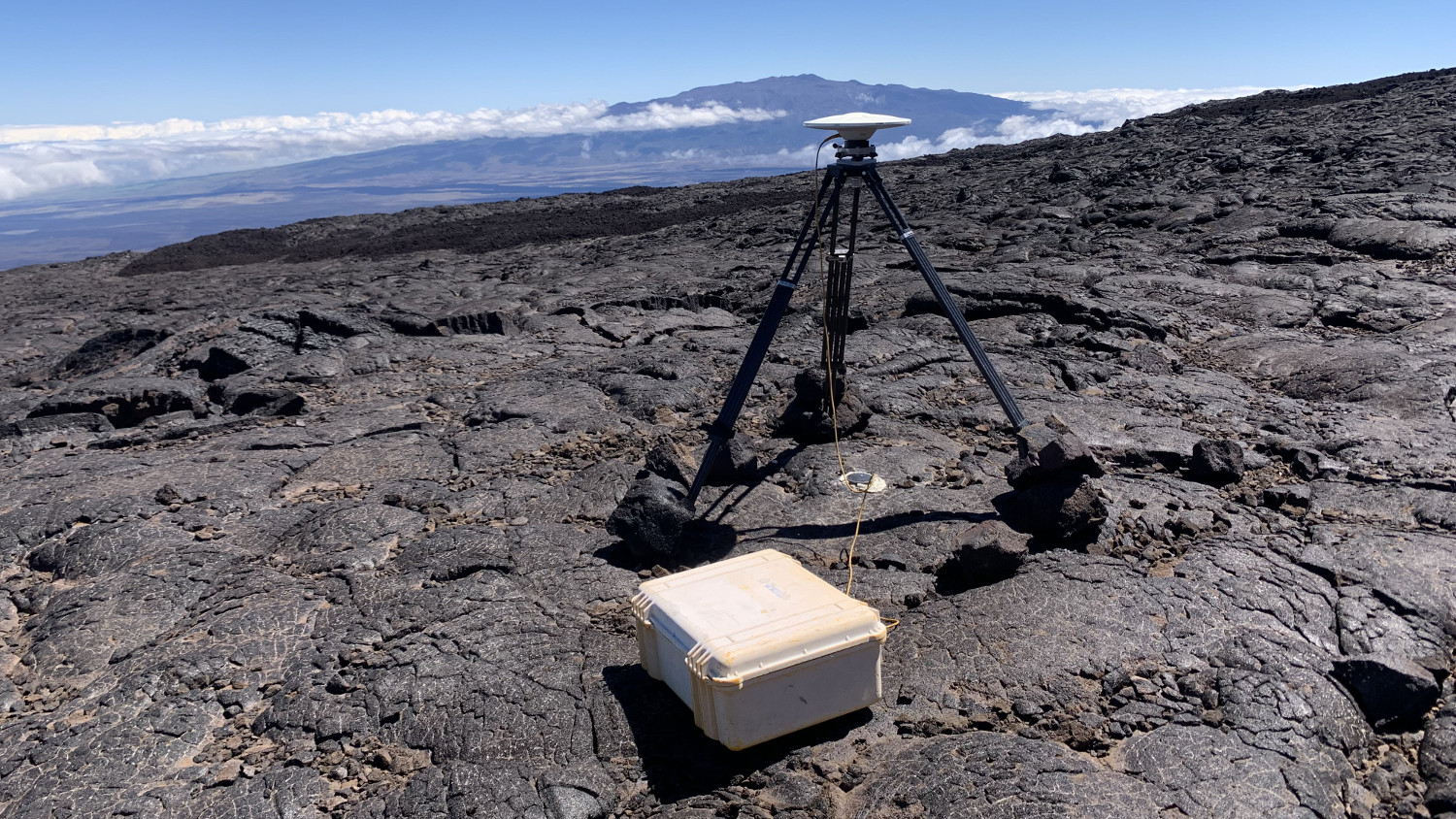 USGS photo by S. Conway: “Another GPS survey station that was recently occupied during the annual Mauna Loa GPS survey campaign. The disk-shaped GPS unit is placed on top of a tripod, which allows the GPS to be positioned exactly above the benchmark (the round metal plate on the surface of the lava flow).”

(BIVN) – Geophysicists have been conducting an annual, high-precision Global Positioning System survey of Mauna Loa volcano over the past several weeks.

The USGS Hawaiian Volcano Observatory says the survey supplements their continuous GPS monitoring stations, and provides information on vertical and horizontal deformation, which informs scientists about the volume changes within subsurface magma reservoirs at Mauna Loa.

Mauna Loa Volcano is not erupting. The USGS Hawaiian Volcano Observatory reported in its weekly update on July 30 that rates of deformation and seismicity have not changed significantly over the past week and remain above long-term background levels. The Mauna Loa Volcano Alert Level is at ADVISORY. From the HVO update:

During the past week, HVO seismometers recorded 105 small-magnitude earthquakes on the volcano’s summit and upper-elevation flanks. Most of these earthquakes occurred at shallow depths of less than 8 kilometers (~5 miles) below ground level. Global Positioning System (GPS) measurements show continued slow summit inflation, consistent with magma supply to the volcano’s shallow storage system. Gas concentrations at the Summit and Sulphur Cone monitoring sites remain stable (below 2 ppm SO2). Fumarole temperatures as measured at both Sulphur Cone and the summit are ~98 C and are in the normal range. Webcams show no changes to the landscape.

The Hawaiian Volcano Observatory says it has been conducting annual GPS surveys since the mid-1990s, “allowing HVO to calculate how individual points (benchmarks) on Mauna Loa have moved compared to prior years.” HVO says you can read more about GPS use in volcano-monitoring in this “Volcano Watch” article.