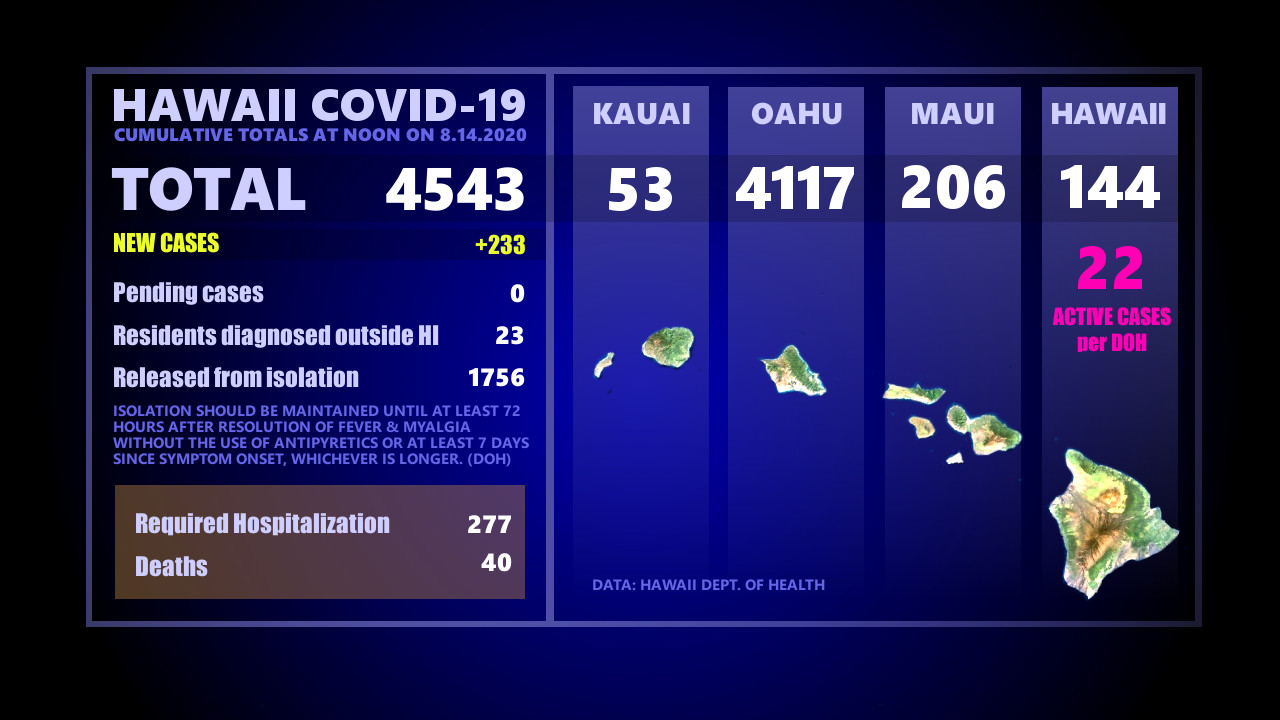 HAWAIʻI - There were 233 newly reported cases of COVID-19 in the State of Hawaiʻi as of noon on Friday, the health department reported. 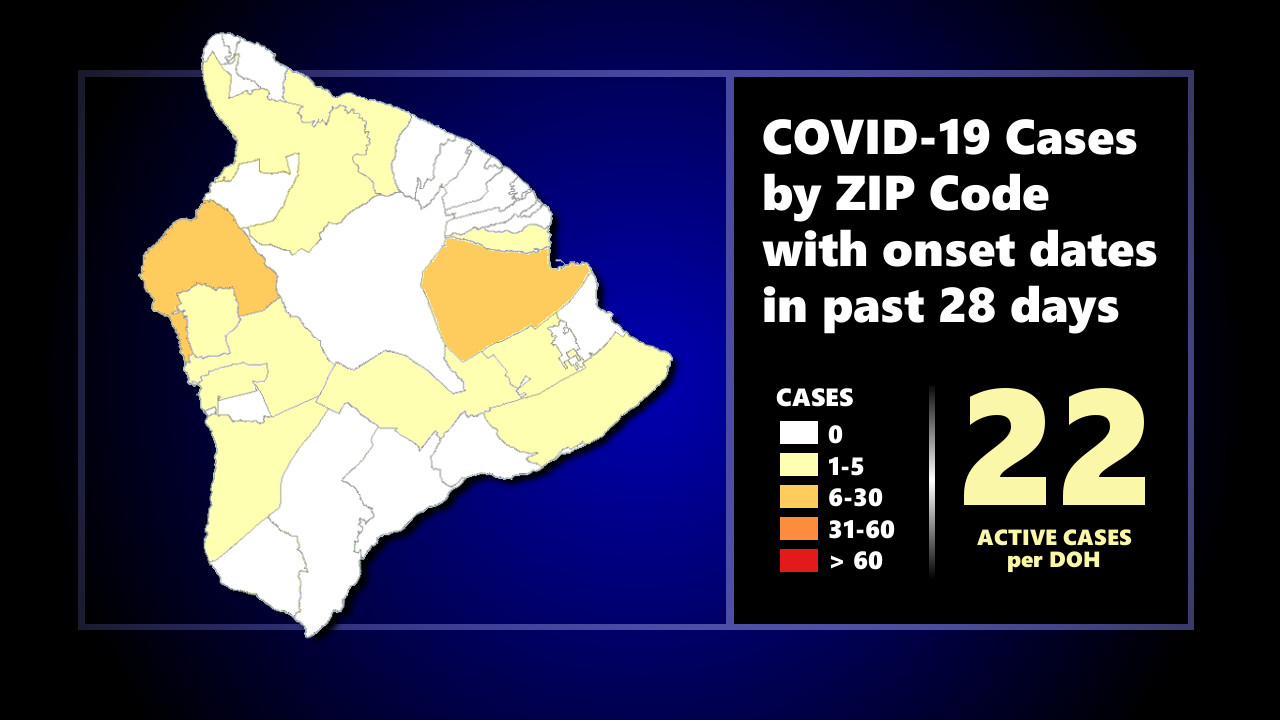 BIVN graphic features the number of “active” cases as reported by the Hawaiʻi Department of Health at noon today, and a map showing zip code areas with reported cases having onset dates in the past 28 days according to the Hawaiʻi health department.

(BIVN) – There were five (5) new cases of COVID-19 reported today on Hawaiʻi island, part of the 233 new cases reported statewide.

The Hawaiʻi Department of Health indicated at noon that there are twenty-two (22) active cases on Hawaiʻi island, and at least one (1) new hospitalization.

A zip code area map for Hawaiʻi that shows reported cases with onset dates in the past 28 days was updated by the health department on Friday. The map shows the 96720 area of South Hilo has gone from yellow to light orange, indicating there has been more six cases in that area in the past 28 days. Also, there is no longer any color associated with the 96719 zip code area of North Kohala, indicating that there have been no cases of COVID-19 reported there in the last 28 days.

The majority of the new cases continue to be identified on Oʻahu. The Department of Public Safety today announced that 38 additional Oʻahu Community Correctional Center inmates tested positive for COVID-19. According to the Department:

The Department of Public Safety (PSD) coordinated with the Department of Health (DOH) to conduct mass testing of all OCCC inmates in each of the 19 individual housing units there. 63 inmates were tested Wednesday by the Department of Health. Results were obtained for 40 inmates. 35 came back positive and 5 negative. 5 tests that were conducted on August 11 by OCCC health care staff have also come in. 3 were positive and 2 negative. As previously reported, 110 inmates were tested Tuesday with 70 testing positive and 40 negative. All remaining inmates will be tested in the coming days. Of the 26 staff members tested on August 12, 16 results were obtained and all 16 were negative. The other results are pending. DOH testing is being afforded to ACOs first in the hotspot areas (Annex 1, Module 18 and 19) and then the rest of the staff.

Yesterday, 1,943 people arrived in Hawaii. During this same time last year approximately 36,000 passengers arrived in Hawaii daily, including residents and visitors. Yesterday marked 20 weeks since the state’s mandatory 14-day self-quarantine started for all passengers arriving in Hawaii from out of state. This table shows the number of people who arrived by air from out of state yesterday and does not include interisland travel. This data was collected from the Hawaii Department of Transportation’s (DOT) Mandatory Travel Declaration Form.