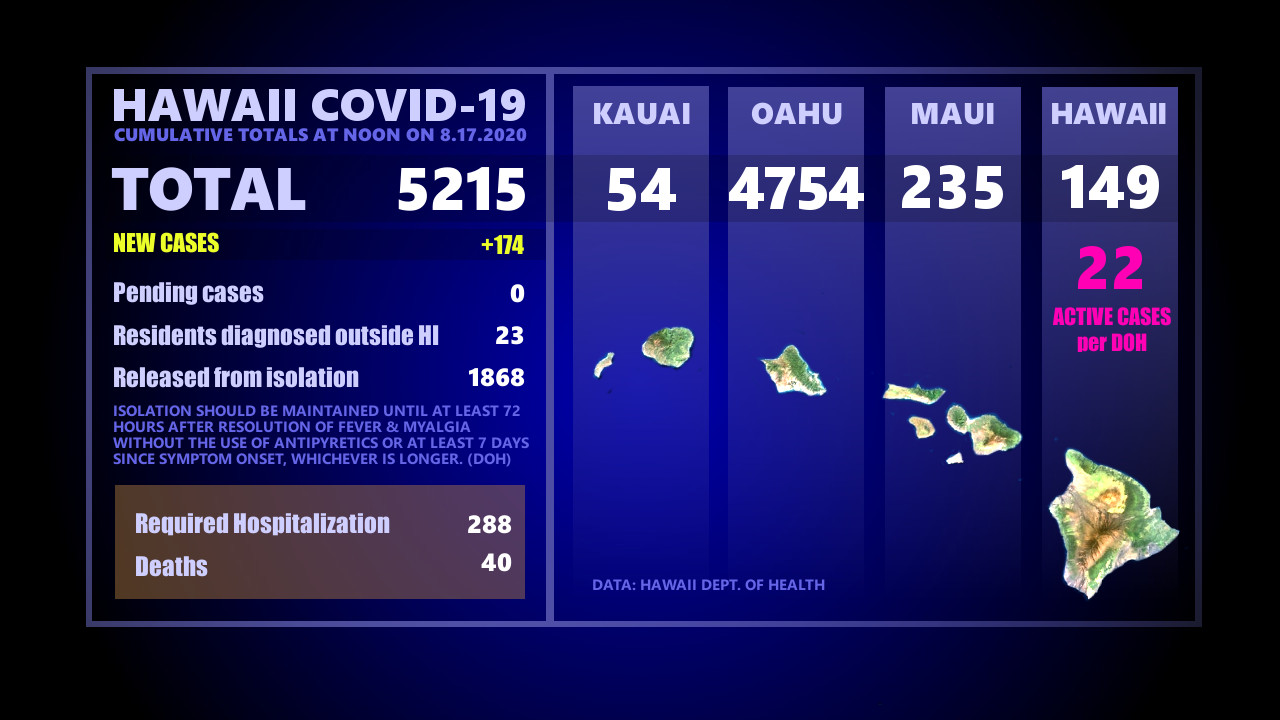 HAWAIʻI - There were 174 newly reported cases of COVID-19 in the State of Hawaiʻi as of noon on Monday.

(BIVN) – The Hawaiʻi Department of Health reported 174 new cases of COVID-19 in the State of Hawaiʻi as of noon on Monday. 163 of the new cases were identified on Oʻahu, nine (9) were in Maui County, and two (2) were on Hawaiʻi. As a result of updated information, one case from Hawaiʻi was removed from the counts.

The State of Hawaiʻi says 127 of the 149 cases identified on Hawaiʻi island have been released from isolation, indicating that twenty-two (22) are active cases. Six people on the Big Island have required hospitalization since the start of the pandemic.

UPDATE – (3 p.m.) – On Monday afternoon, the State of Hawaiʻi issued a brief message, saying that Governor David Ige and Honolulu Mayor Kirk Caldwell “met at length today and agreed that additional targeted restrictions will be needed to prevent the spread of COVID-19 on O‘ahu. We anticipate an announcement, with details, this week.”

Yesterday, 2,173 people arrived in Hawaii. During this same time last year approximately 36,000 passengers arrived in Hawaii daily, including residents and visitors. The state’s mandatory 14-day self-quarantine started on March 26th for all passengers arriving in Hawaii from out of state. This table shows the number of people who arrived by air from out of state yesterday and does not include interisland travel. This data was collected from the Hawaii Department of Transportation’s (DOT) Mandatory Travel Declaration Form.