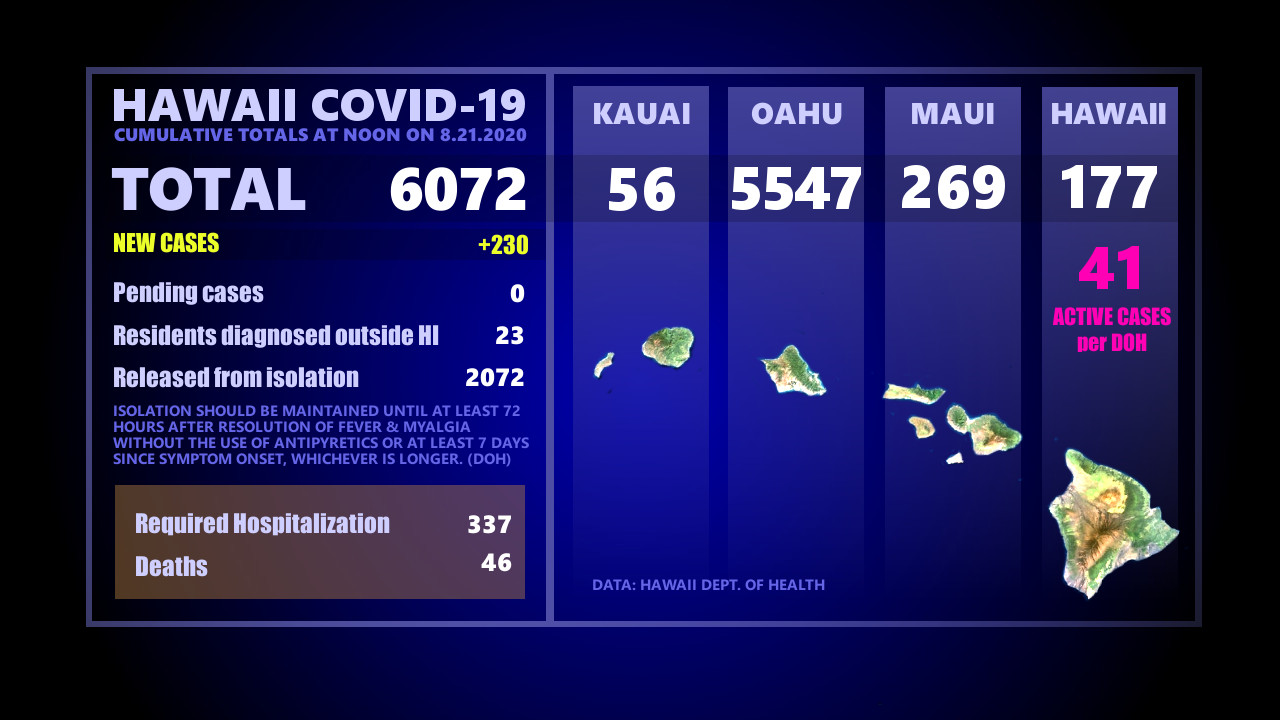 HAWAIʻI ISLAND - The Hawaiʻi Department of Health indicated there are 41 active cases of COVID-19 on Hawaiʻi island, the highest number on the Big Island since the pandemic began.

(BIVN) – On Friday, the State of Hawaiʻi reported 230 new cases of COVID-19 statewide, and one newly reported death.

While most of the new cases were once again identified on Oʻahu, there were thirteen (13) new cases reported on Hawaiʻi island, the highest single-day jump in the Big Island count since April.