HAWAIʻI ISLAND - The Hawai‘i Wildfire Management Organization offers some tips to reducing wildfire danger around your home, especially on the dry, leeward side of the island. 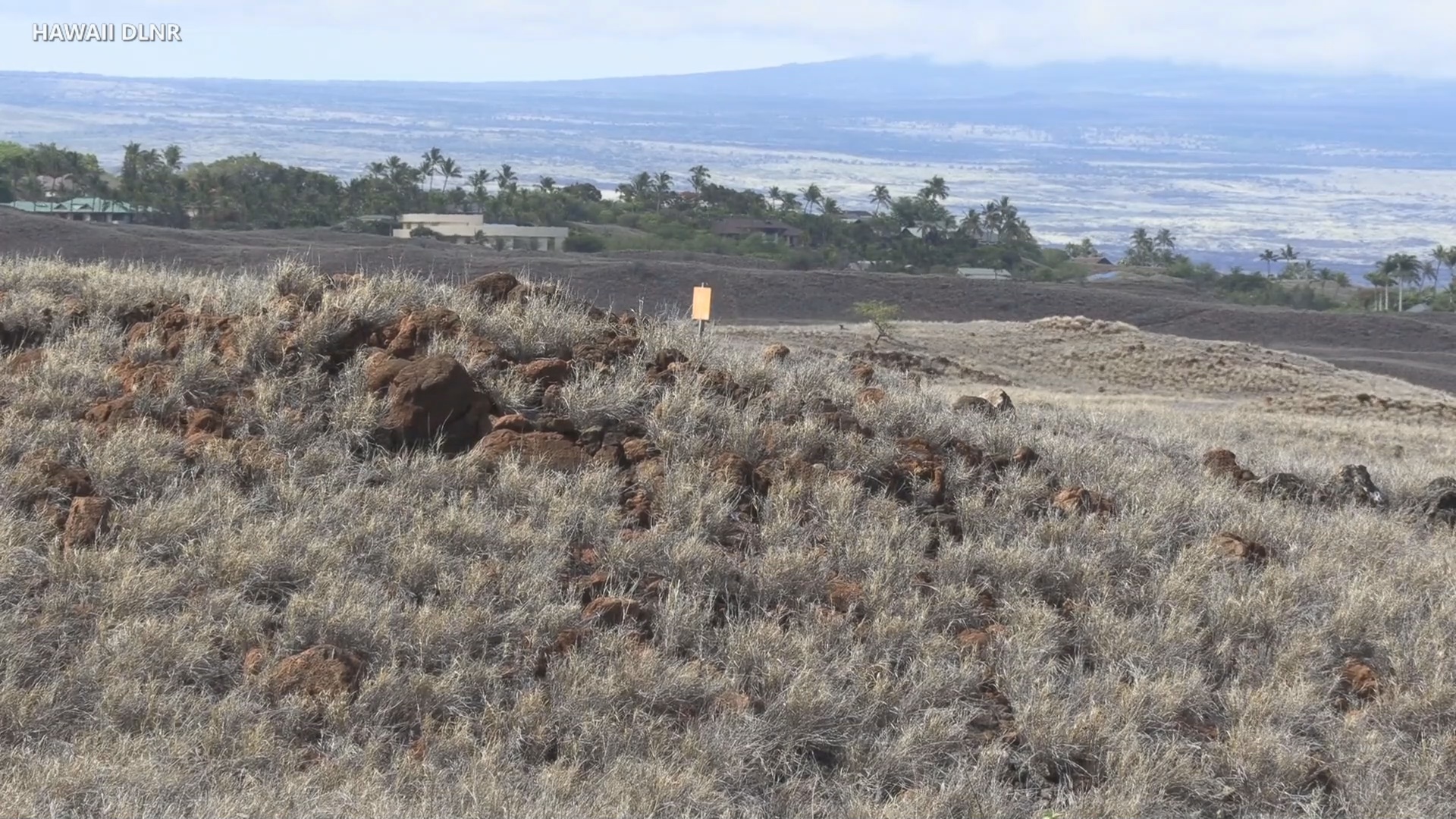 (BIVN) – Heading into the fall, prolonged drought in certain locations around Hawaiʻi has forecasters and firefighters on high alert.

“Vegetation conditions have really become dry over portions of the state during August, especially in the leeward areas of Maui County where severe drought has been quite persistent,” said Kevin Kodama, the Senior Service Hydrologist with the NWS Forecast Office in Honolulu, in a State news release. “Furthermore, based on our climate guidance, it’s looking like we may have a late start to our October through April wet season and significant relief may not show up until November,” he added.

The southern leeward side of Hawai‘i island is not currently experiencing some level of drought, according to the U.S. Drought Monitor on August 27. Kohala and all of East Hawaiʻi is under “Abnormally Dry” conditions and Maunakea and Kawaihae is under “Moderate Drought”.

State officials say September and October are typically the most prone to wildfire starts in Hawai‘i, but there are no longer typical fire seasons in the islands.

The Hawaiʻi DLNR recently issued a media release, and recorded video, on the topic. The DLNR said:

A year ago, about 41% of the state was not experiencing drought, as of now that percentage has dropped to around 32% as drought-free. The authors of the drought monitor estimate nearly 280,000 Hawai‘i residents live in currently rated drought areas. “Given the red flag warning now covering leeward areas, we can expect the percentages of area under drought conditions to increase in the next monitoring report,” said Neal Fujii, a hydrologist with the State Commission on Water Resources Management.

In more normal times, fire management partners across the state, stage a “Wildfire & Drought LOOKOUT!” campaign to increase people’s awareness of the connection between drought and wildfires. “The COVID-19 pandemic, is of course capturing everyone’s attention as it should, but we do hope people will be aware over the next few months that their actions can lead to wildfires, that can threaten homes, property, forests and lives,” said DLNR Senior Communications Manager Dan Dennison, who in collaboration with others, initiated the annual wildfire awareness campaign five years ago.

Part of the annual Wildfire & Drought Lookout campaign is to provide common-sense tips and guidance for everyone to follow to prevent wildfires. Nani Barretto, the Co-Executive Director of the Hawai‘i Wildfire Management Organization (HWMO) added, “The difference about wildfires that people need to understand, compared to most natural hazard events, is that they are preventable. We can reduce the impacts when we are proactive. There’s lots we can do to protect ourselves, our families, our communities. Now is the time to do that, to take action and to be proactive.” 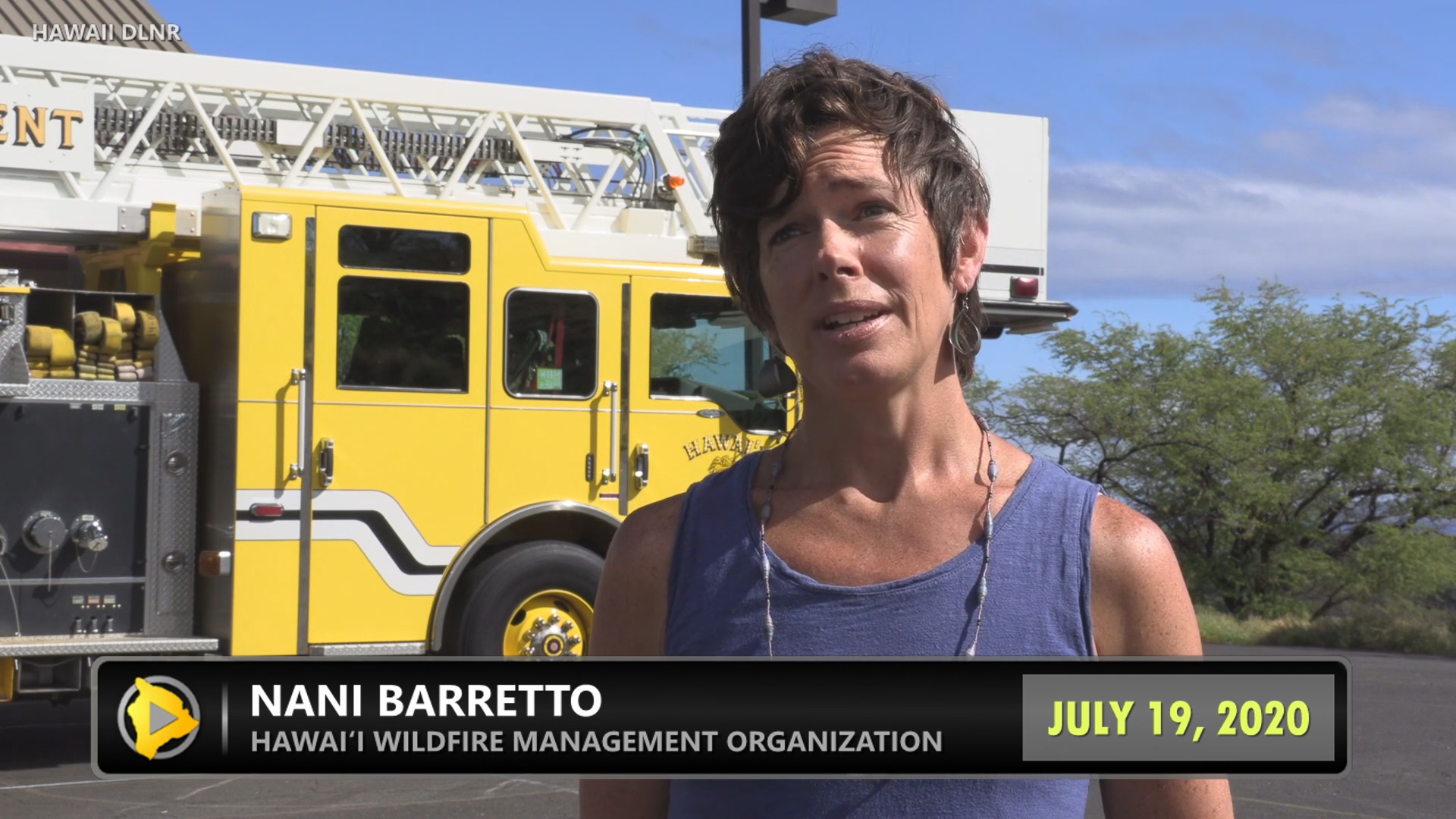 Among the actions HWMO and other fire management agencies recommend:

In 2018, a Hawaiʻi Wildfire Summit was held in South Kohala. The Hawaiʻi DLNR also recorded many sessions from the event, and featured a discussion from Captain William Bergin on the challenges of fighting wildfires in the dry leeward district.