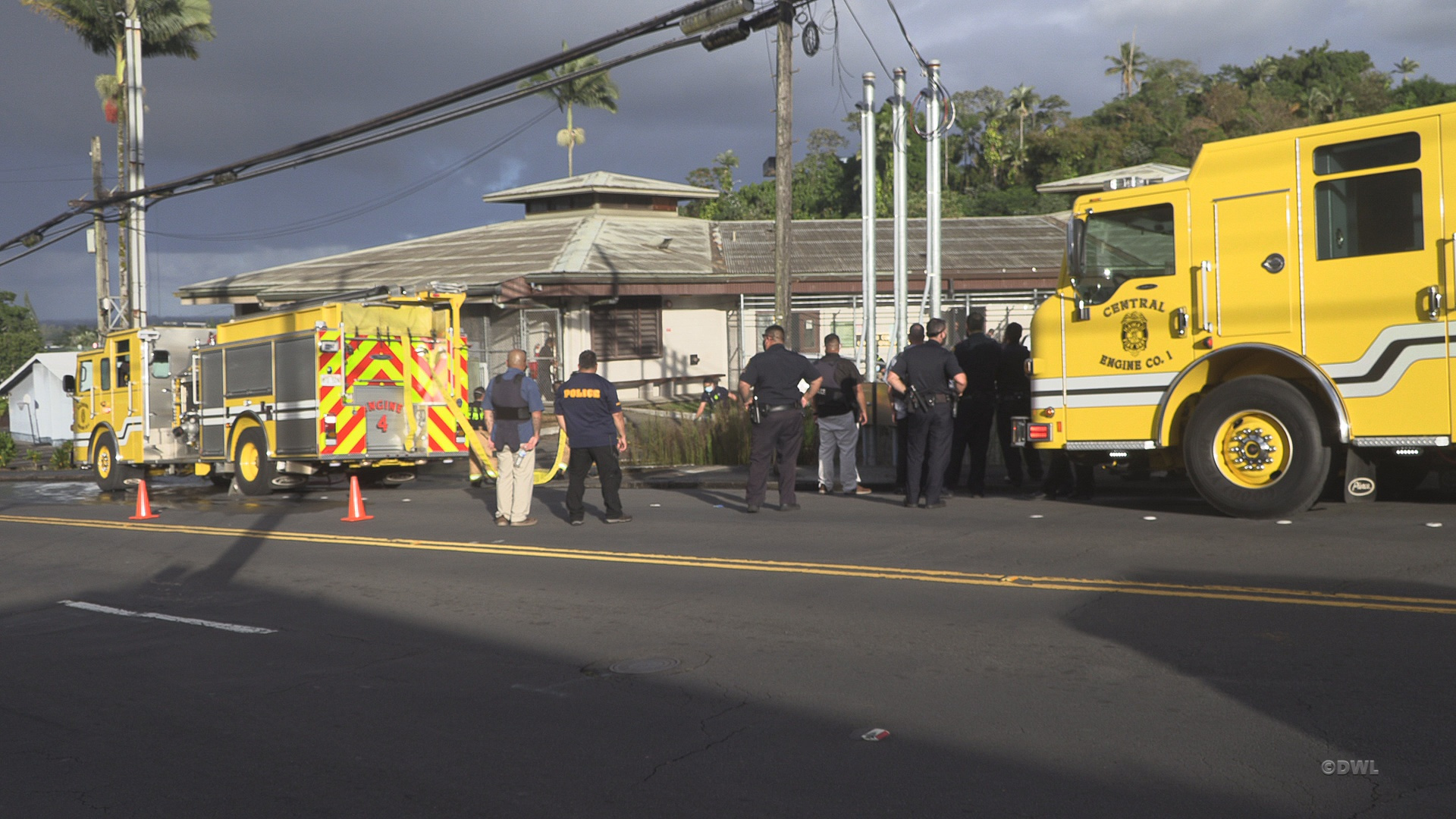 HCCC Riot Was Triggered By Shakedown For Contraband, State Says

HILO, Hawaiʻi - There is no indication that overcrowding contributed to the cause, the Hawaiʻi Department of Public Safety claims. 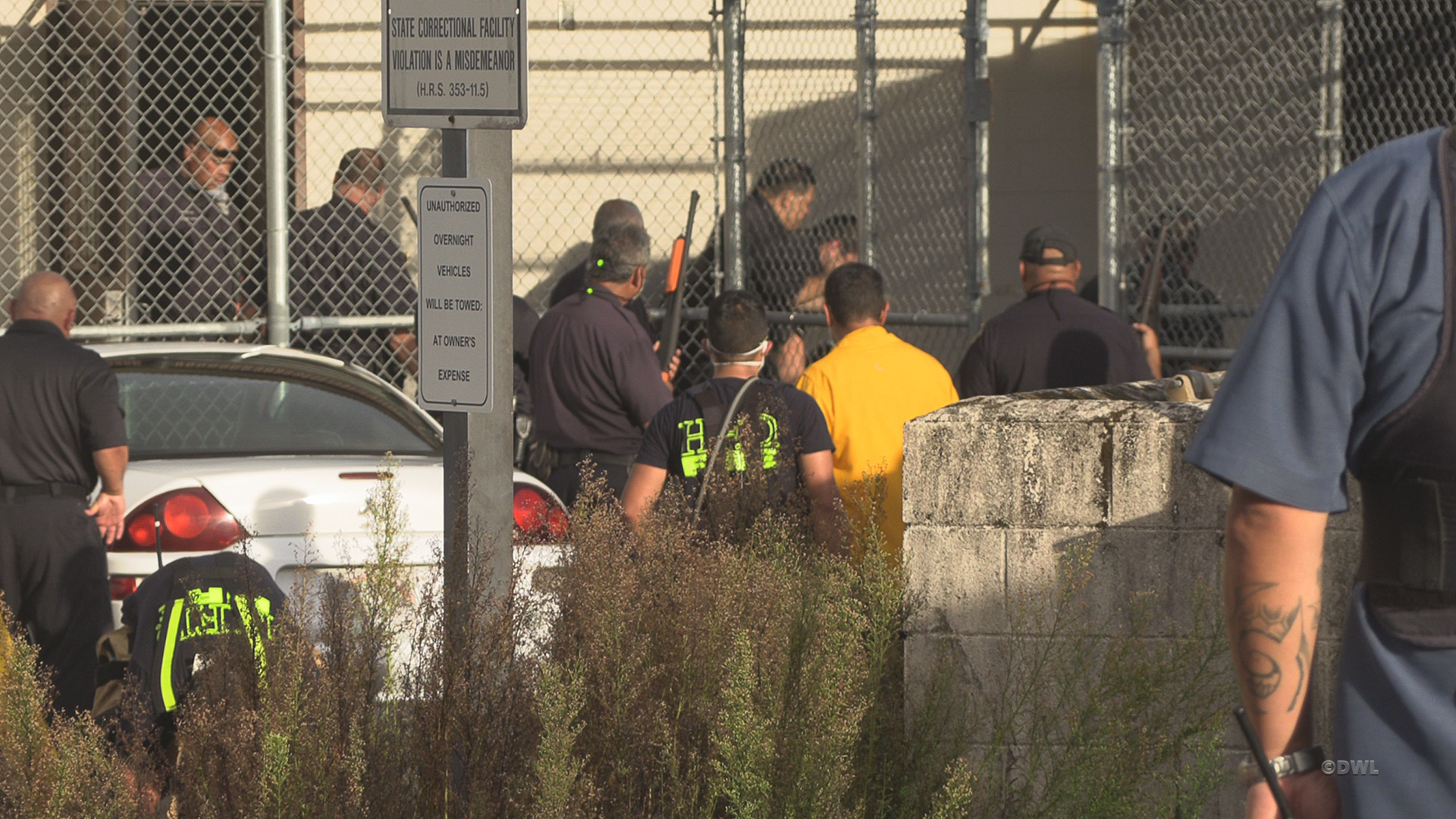 (BIVN) – The riot that led to a fire in the Hawaii Community Correctional Center housing unit on Waianuenue Avenue was started in protest to a shakedown search for contraband, State officials say.

On Wednesday, the Hawaiʻi Department of Public Safety said “final reports are still being compiled” by HCCC, “but what we can confirm, based on preliminary information, is that inmates started the disturbance after a shakedown search for contraband was conducted in their housing unit.”

“There is no indication that overcrowding contributed to the cause,” the State added.

The header of the DPS news release bears the name of director Nolan Espinda. On August 31, it was suddenly announced that Espinda will retire on October 1, and that he will be on personal leave through September.

On Tuesday, hours before the Hilo riot occurred, Governor David Ige announced the appointment of Edmund “Fred” Hyun to serve as the Governor’s Special Master to assist in overseeing the State Department of Public Safety. Comments from Hyun appeared in Wednesday’s DPS media release concerning the HCCC disturbance.

“Stopping contraband from entering any correctional institution is a continuous effort that our staff prioritize to ensure the health, safety and welfare of our staff, the community, as well as the inmates,” said Hyun. “The staff were doing their job to eliminate a suspected contraband pathway and the fact of the matter is, the inmates didn’t like it. Ultimately, it’s about safety of inmates, our correctional officers and civilian staff, and the public.”

“We commend the HCCC staff for quickly enacting their emergency response plan, deploying their teams and bringing order to the module swiftly, as they were trained to do,” said Maria Cook, Deputy Director for Administration.

One staff member was taken to the hospital for treatment of minor injuries and released last night. Eight inmates were also transported to the hospital to be evaluated for minor injuries and smoke inhalation. The inmates were all medically cleared and returned to the facility last night. Medical and mental health staff are circulating through the housing units to make sure all inmates who request a consult are seen.

Damage to the Waianuenue housing unit is still being assessed. Inmates broke windows and security screens, and set mattresses, plastic chairs and books on fire. There is also smoke damage from the fire and water damage from the activation of the sprinkler system. Cost estimates are pending the on-going damage assessment.

The inmates housed in Waianuenue are sentenced felons serving short prison sentences of less than 2 years, the State says.

Although the Department of Public Safety said that overcrowding at HCCC did not contribute to the cause of the disturbance, the department has recognized overcrowding as an issue at HCCC in the past. Last year, as part of an environmental assessment for a new, Medium Security Housing Unit at HCCC, a document stated:

The proposed Medium Security Housing Unit at HCCC will accommodate up to 144 inmates to address the crowded conditions; provision of such housing is not intended to increase the HCCC inmate population beyond its current number. Instead, inmates housed in cramped conditions and in spaces not well suited for inmates would be accommodated in a housing unit designed and constructed to state and national standards. The housing unit would help achieve a safe, secure, and humane environment for the care and custody of male and female offenders and is representative of PSD’s overall program of improving its facilities.

“Managing our overcrowded, aging, chronically understaffed correctional facilities is one of the toughest jobs in the state. The COVID-19 pandemic makes the job even more difficult. I have directed Fred to conduct a top-to-bottom assessment of the Department of Public Safety and to work with Dep. Director Maria Cook to implement any needed changes to enable it to operate more effectively,” said Governor Ige, hours before the Hilo riot occurred.