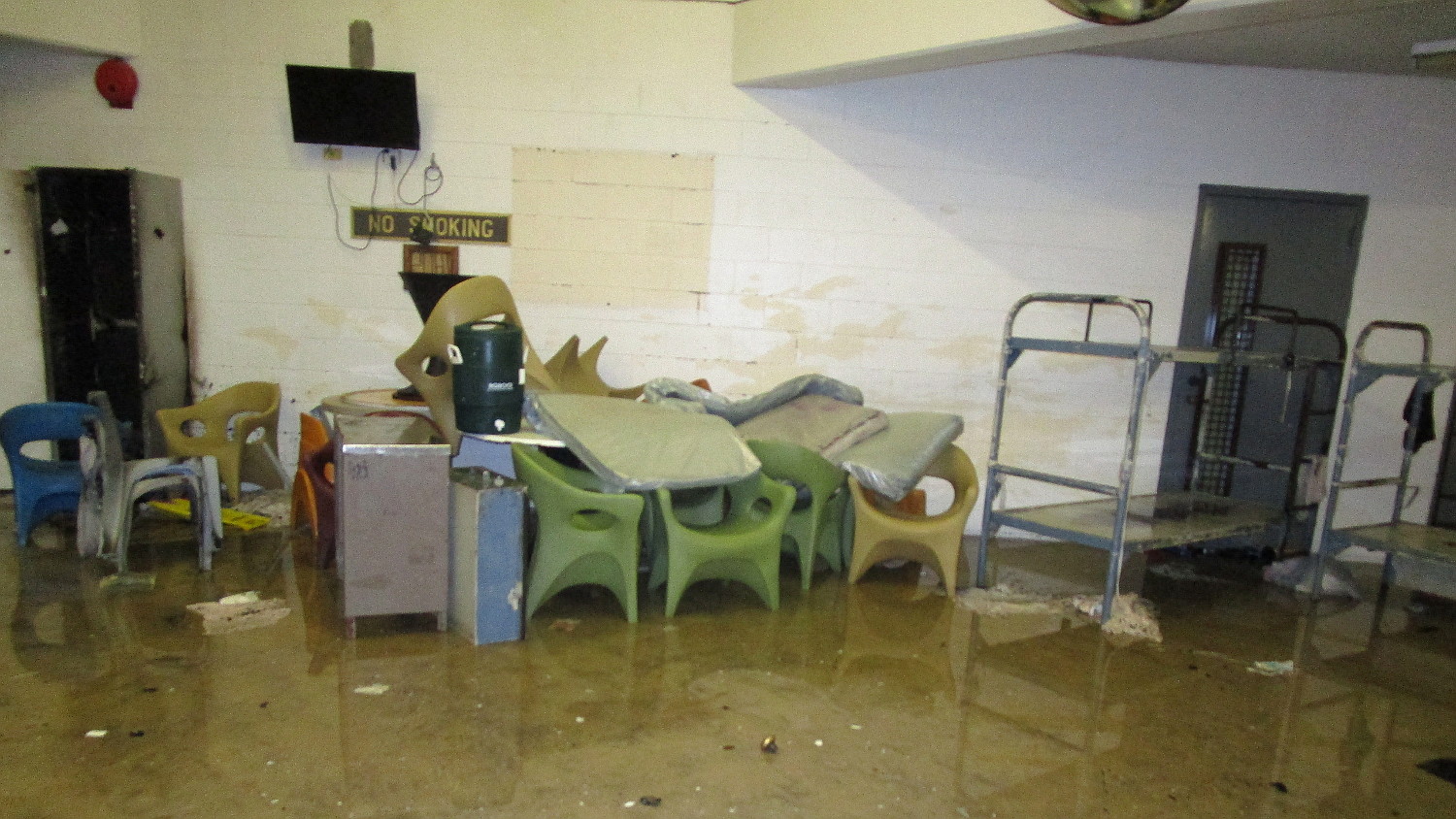 photo of the damage caused by the disturbance taken Sept. 8, 2020 courtesy Hawaiʻi Dept. of Public Safety

HILO, Hawaiʻi - Inmates identified in the recent HCCC disturbance have been transferred to a correctional facility on Oʻahu, the State says. 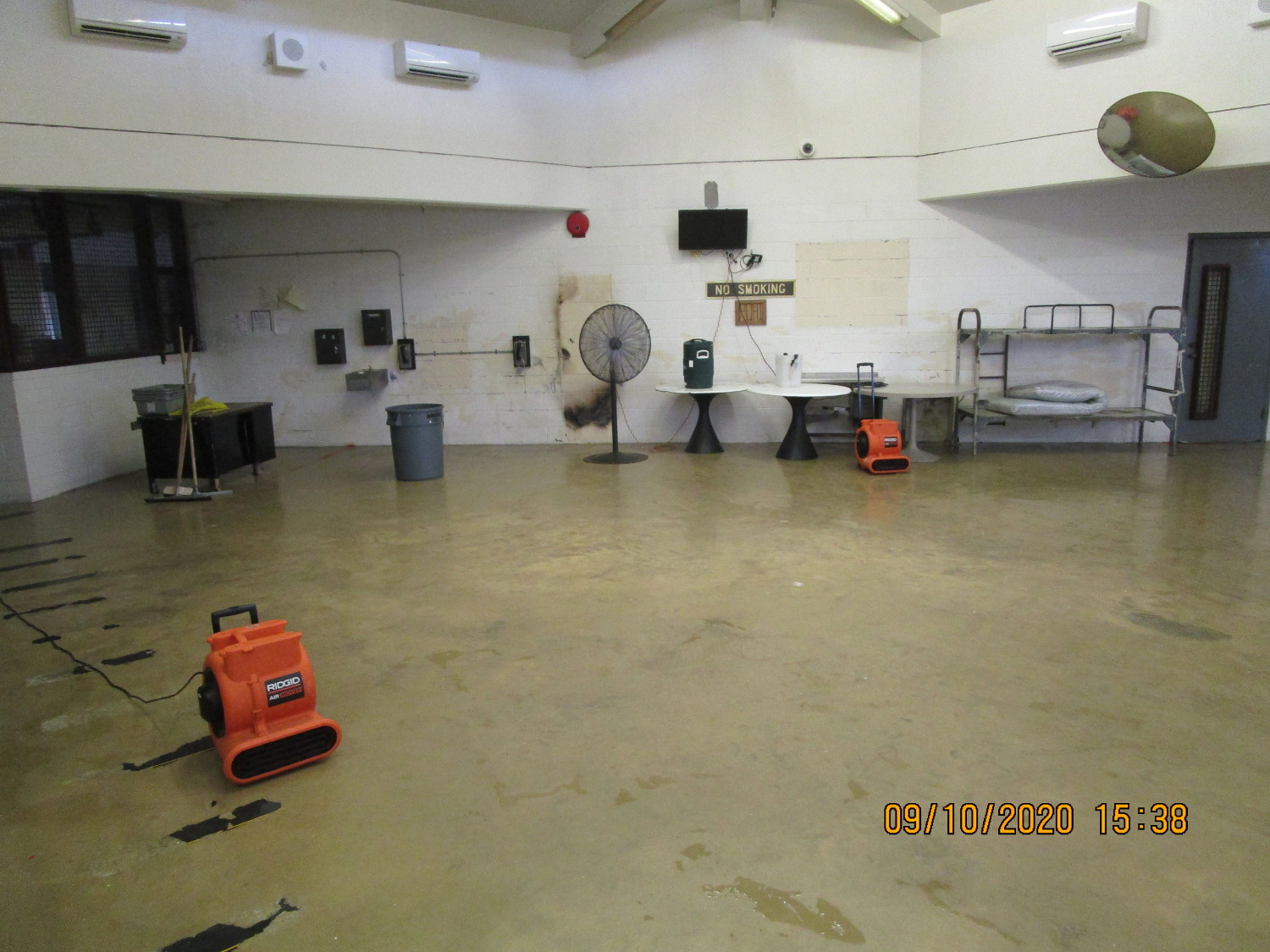 photo of the cleanup courtesy Hawaiʻi Dept. of Public Safety

(BIVN) – Twenty-five inmates who were identified as having participated in Tuesday’s disturbance at Hawaiʻi Community Correctional Center have been sent to the Halawa Correctional Facility on Oʻahu.

The Hawaiʻi Department of Public Safety says a total of 26 inmates were identified, through on-duty staff observations and preliminary investigative questioning, as participants in the riot that broke out in the A-wing of the Waianuenue housing unit. All but one inmate, who remains at HCCC, have been transported via two charter flights to Halawa without incident.

“This large transport could not have been coordinated and executed this fast and efficiently without the collaboration of many departments and agencies,” said Maria Cook, Deputy Director for Administration, in a media release. “We want to thank our Mainland Branch and Oahu Community Correctional Center (OCCC) staff who secured the air transports, the Halawa staff, our Hilo and Oahu Sheriffs, and the Hawaii Police Department for assisting us in all the details of this action.”

The riot, which led to a fire and a barricade, was started in protest to a shakedown search for contraband, State officials say. One staff member was taken to the hospital for treatment of minor injuries and released last night, DPS reported. Eight inmates were also transported to the hospital to be evaluated for minor injuries and smoke inhalation. The inmates were all medically cleared and returned to the facility.

The cleanup is now underway. On Thursday, the DPS said:

The water, broken furniture and other debris have all been cleaned up. The broken windows, security screens and bathroom fixtures will have to be replaced. The cost to fix the damage and replace furniture is pending the ongoing assessment. Pictures are attached of the initial damage caused by inmates on Tuesday, and of the cleanup that has been done so far today.

Final incident reports are still being compiled by the Hawaii Community Correctional Center, and Hawaiʻi Police are currently conducting a criminal investigation and will make the determination on possible criminal charges, the Public Safety Department says.