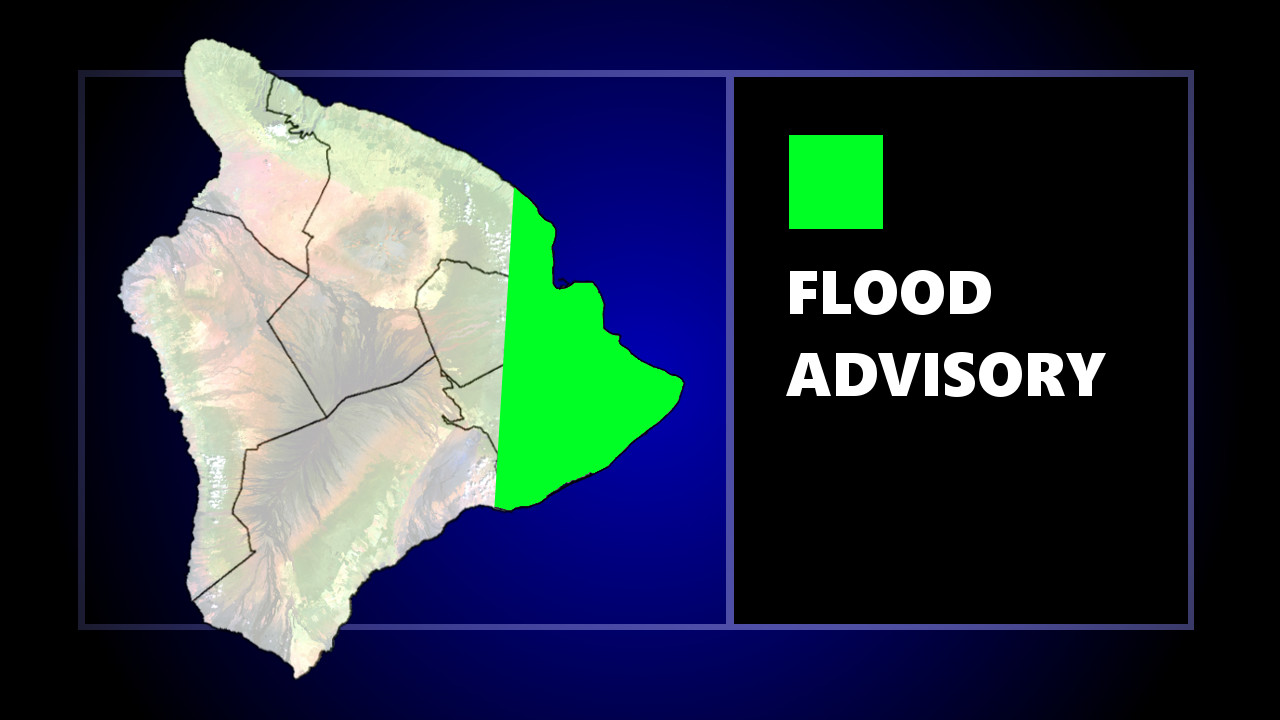 UPDATE – (noon) – The Flood Advisory for East Hawaiʻi is no longer in effect.

(BIVN) – The National Weather Service in Honolulu has issued a Flood Advisory a portion of East Hawaiʻi until 10:45 a.m. HST.

At 7:38 AM HST, radar indicated heavy rain over the South Hilo and Puna Districts. Rain was falling at a rate of 1 to 2 inches per hour from Hawaiian Paradise Park to Hilo. Additional rainfall may move ashore from the southeast over the next several hours.

“Satellite and radar imagery this morning shows scattered showers and isolated thunderstorms approaching the windward slopes of the Big Island,” an early morning National Weather Service discussion stated. “These unstable showers are associated with a weak disturbance moving into the eastern half of the state today. The main impacts will be enhanced showers and a few thunderstorms over the Big Island.”

Dangerous lightning has been reported from this storm.