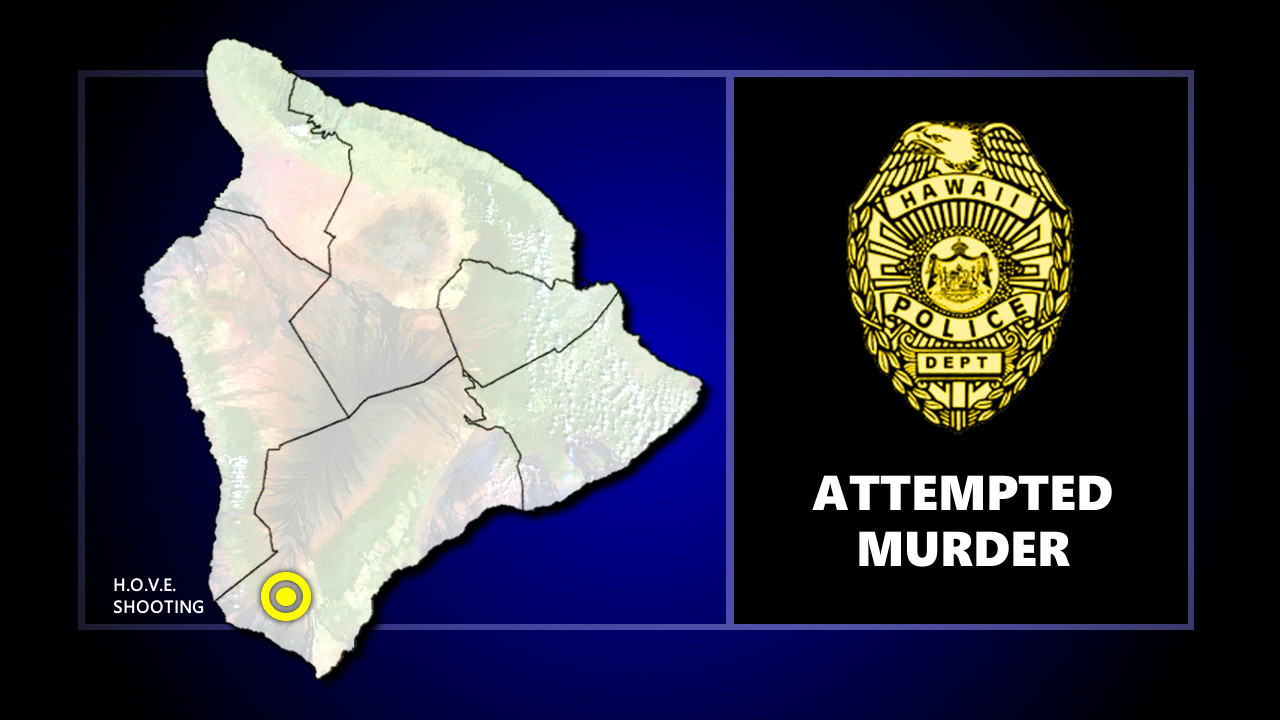 KAʻŪ, Hawaiʻi - A man was shot in the chest on Monday morning on King Kamehameha Boulevard, police say.

(BIVN) – A 41-year-old man was shot in the chest in the roadway of the Hawaiian Ocean View Estates Subdivision in Kaʻū on Monday. Police have this information:

Hawaiʻi Island police have initiated an attempted murder investigation after an individual was located with a gunshot wound in the roadway of the Hawaiian Ocean View Estates subdivision, in the Kaʻū District.

At approximately 8:30 a.m. today (October 26), Kaʻū Patrol officers responded to the 92-8000 block of King Kamehameha Boulevard in the Hawaiian Ocean View Estates subdivision and located a 41-year-old-male from Ocean View with a gunshot wound to the chest. He was treated on scene by medics and subsequently transported to the Kona Community Hospital for further treatment.

Detectives from the Area II Criminal Investigation Section responded to the scene and are continuing the investigation.

Police are asking for anyone with information on this incident or who may have been in the area this morning to contact Detective Michael Santos of the Area II Criminal Investigation Section at 326-4646, ext. 224, or via email at Michael.Santos@hawaiicounty.gov.