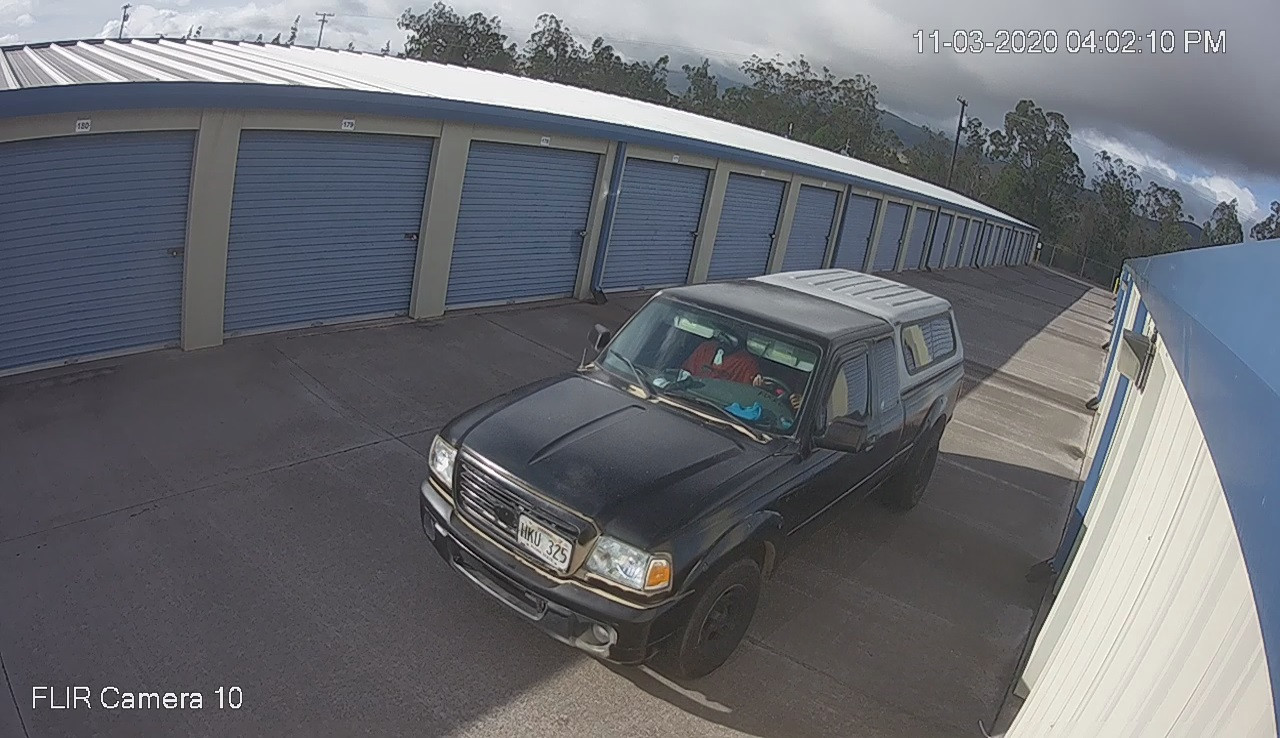 WAIMEA, Hawaiʻi - Hawaiʻi Island Police are trying to identify the two individuals responsible for breaking into two storage units at Waimea Self Storage. 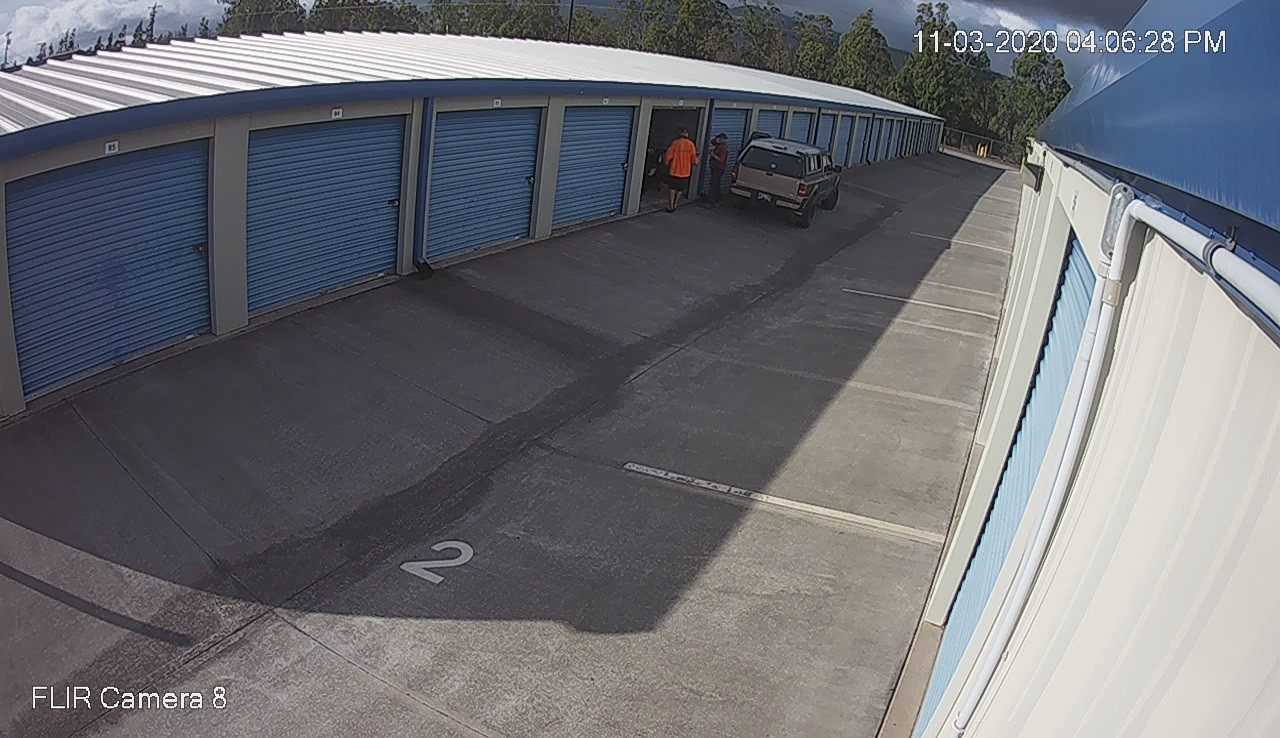 (BIVN) – Hawaiʻi Island Police are investigating a report of theft at a storage unit business in Waimea.

On November 4, police report two Waimea Self Storage units were unlawfully entered and numerous items were removed, including a moped. Police are now seeking the public’s assistance in identifying the two individuals responsible for the alleged theft.

Video surveillance captured the responsible individuals entering the premises in a spray painted black-colored extra-cab Ford Ranger pickup truck with a light gray-colored camper top and a tan-colored tailgate with fraudulent license plates. The vehicle was occupied by the driver, described as a heavyset female with medium complexion, black-colored hair, and wearing a maroon-colored shirt and blue jeans, and a passenger, described as a Caucasian male with fair complexion, a slender build, blond-colored hair, wearing a black-colored baseball cap, a bandana around his face, a yellow and orange-colored long sleeve shirt, and black shorts. 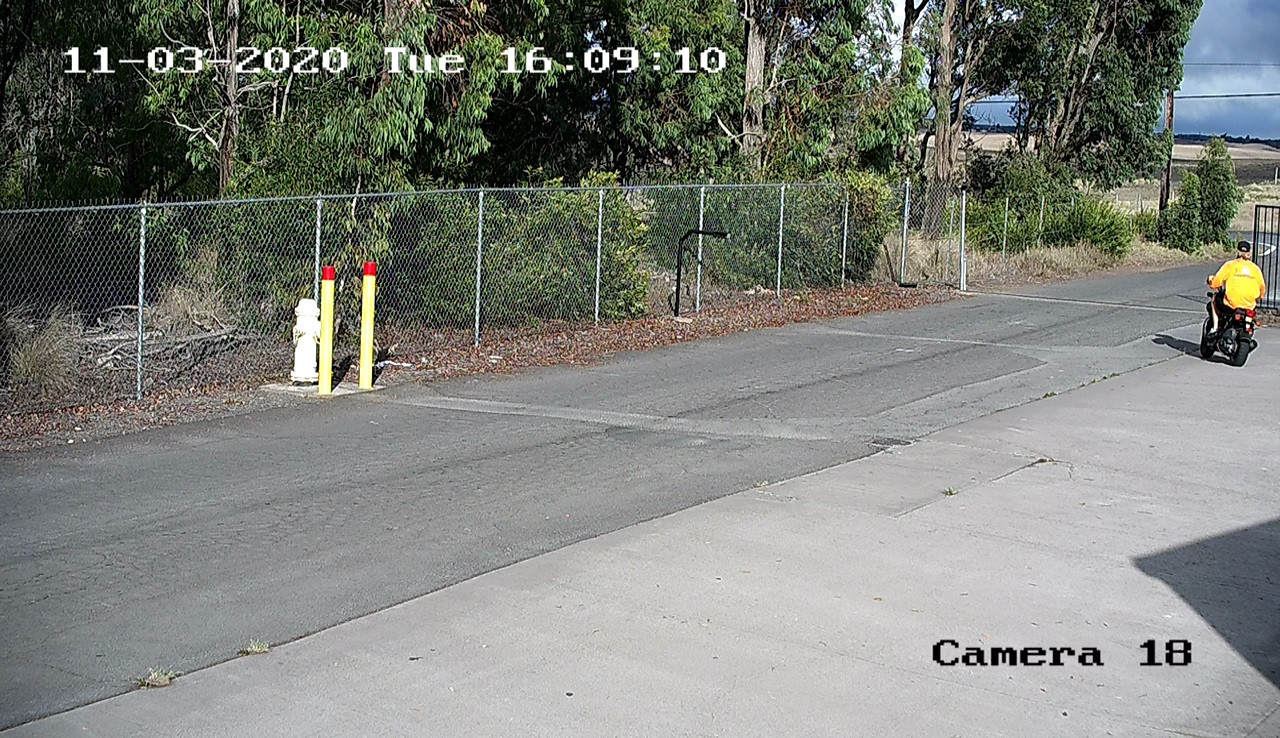 Anyone with information about this case is encouraged to contact South Kohala Patrol Officer Adam Roberg, via email at Adam.Roberg@hawaiicounty.gov, or at the South Kohala Police Station at (808) 887-3080.