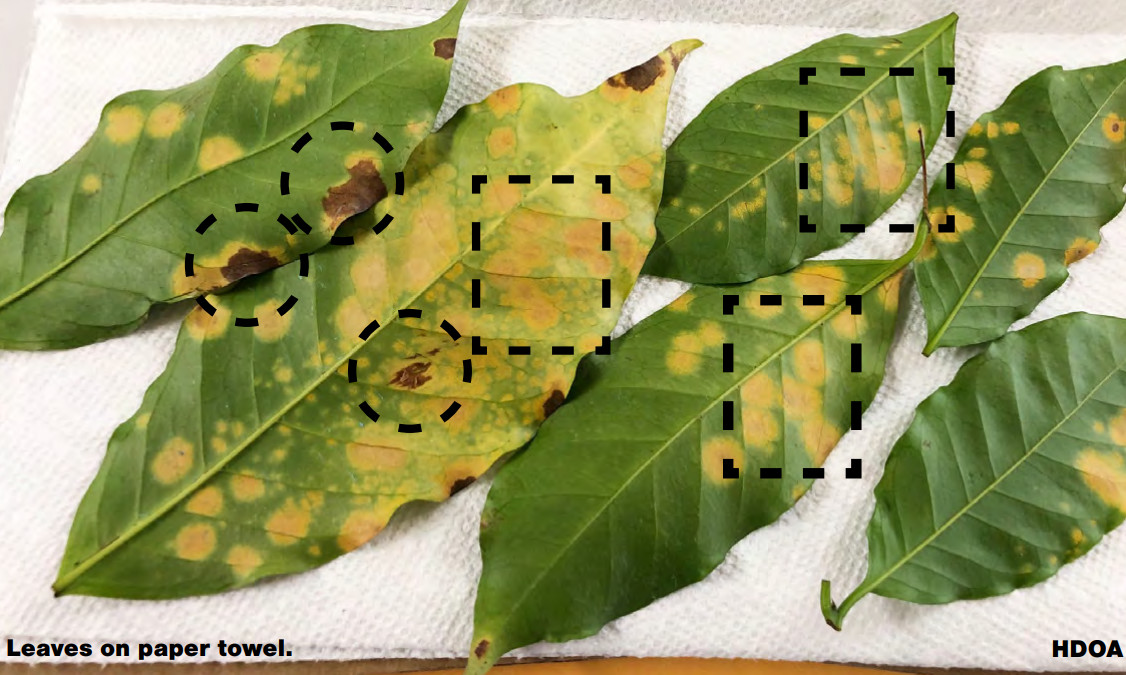 RECTANGLES: As spots expand or form, they may join together or overlap to form large irregular shapes. CIRCLES: As spots age their centers may turn brown. (Hawaiʻi Department of Agriculture)

HAWAIʻI ISLAND - Samples from Hilo that were mentioned in an earlier news release tested CLR negative, but the pathogen was confirmed in samples from Hōlualoa. 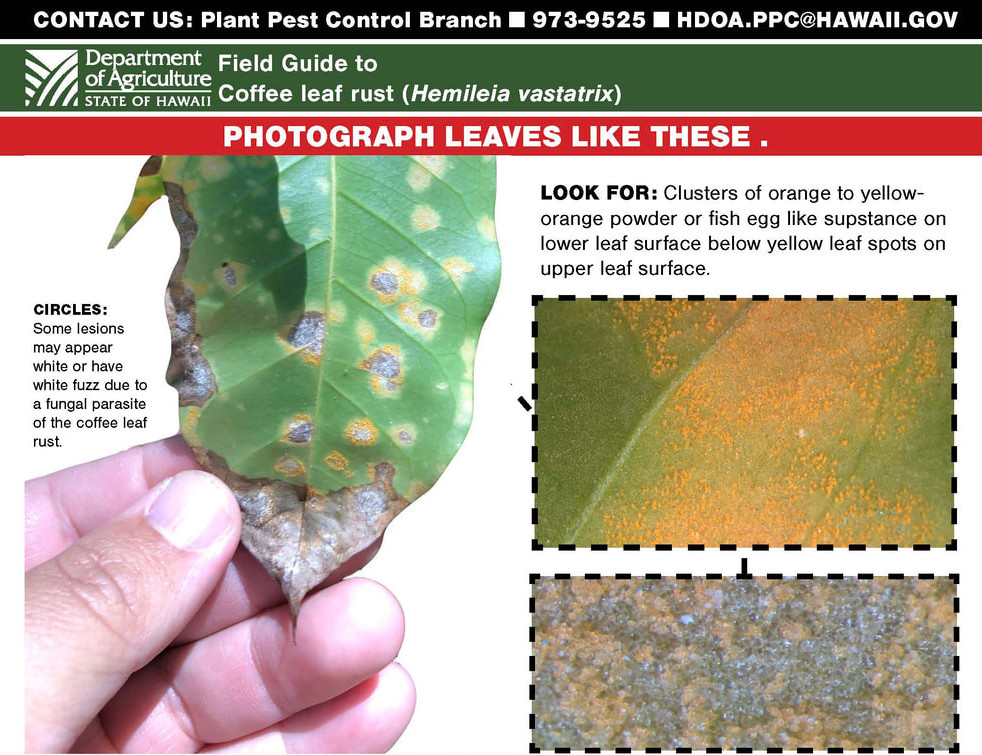 (BIVN) – Coffee leaf rust, the devastating coffee plant pest known to growers around the world, has been found for the first time in the Kona coffee growing region on Hawaiʻi island.

The U.S. Department of Agriculture National Identification Services confirmed the pathogen in samples that were collected on October 31 by a Kona coffee grower in Hōlualoa. Meanwhile, suspected samples from Hilo that were mentioned in an earlier news release from Hawaiʻi agriculture officials tested negative for CLR.

A few days before CLR concerns were raised on Hawaiʻi island, the coffee pest was detected for the first time in the State of Hawaiʻi, confirmed in the Haiku area of Maui. CLR has not been detected on other islands.

“Coffee is one of Hawai`i’s signature crops, of which production was estimated to be $54.3 million in 2019,” said Phyllis Shimabukuro-Geiser, chairperson of the Hawai`i Board of Agriculture. “As surveys continue across the state, the Hawai`i Department of Agriculture is preparing to establish interim rules that will hopefully prevent the spread of the fungus to uninfested islands.”

From the Hawaiʻi Department of Agriculture:

CLR, Hemileia vastatrix, was first discovered in Sri Lanka in 1869 and is now found in the major coffee-growing regions of the world, including Southeast Asia, Africa, and Central and South America.

The Hawaiʻi Department of Agriculture Advisory Committee on Plant and Animals will meet at 1:30 p.m. on Friday, Nov. 13, in order to “consider an interim rule to restrict the movement of coffee plants and coffee plant material from islands found to have CLR to islands on which the fungus has not been detected.” Information on the meeting via Zoom is available here.