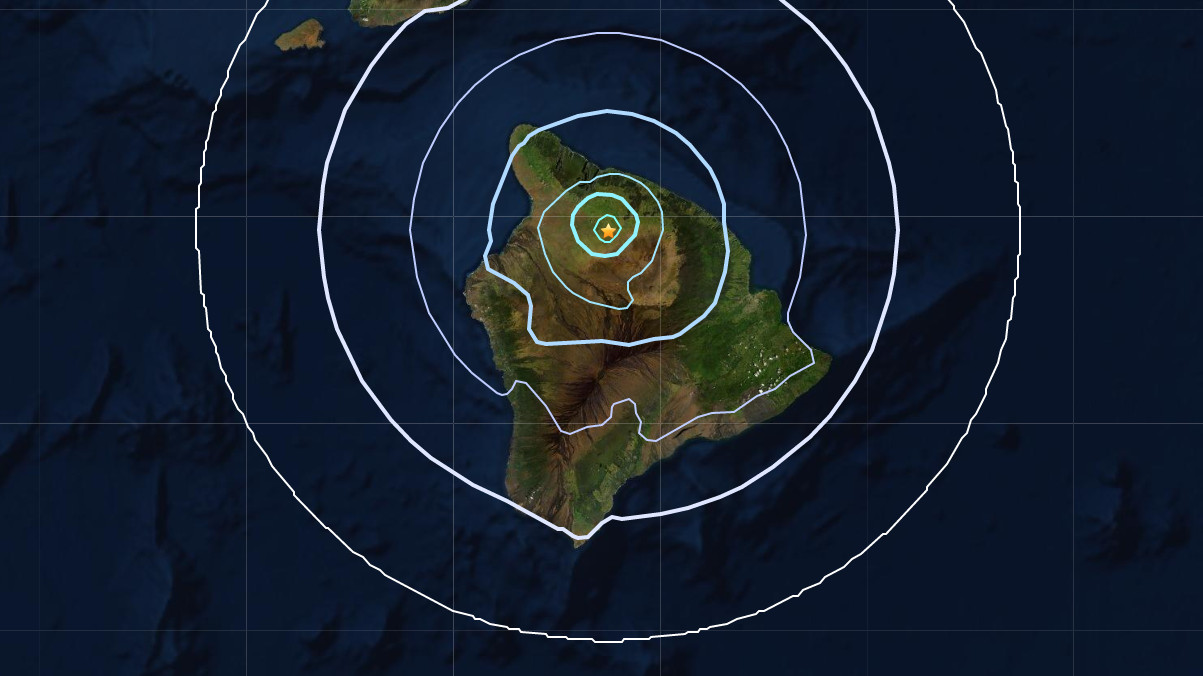 WAIMEA, Hawaiʻi - Initially measured at a Magnitude 3.7, the earthquake was felt in districts of North and South Kohala and Hāmākua.

(BIVN) – An earthquake occurred on Hawaiʻi island just after 9:36 a.m. on Friday morning, almost 5 miles below the northwest slopes of Maunakea.

UPDATE – (1:30 p.m.) – Although the earthquake was initially measured at a Magnitude 3.7, the UGSG Hawaiian Volcano Observatory reviewed the data and revised the seismic event to a Magnitude 3.8.

The earthquake was located roughly ten miles southeast of Waimea, and was felt in the districts of North Kohala, South Kohala and Hāmākua. Some reported feeling the temblor as far south as Kona and Hilo.

This is a breaking news story, and it will be updated with new information.