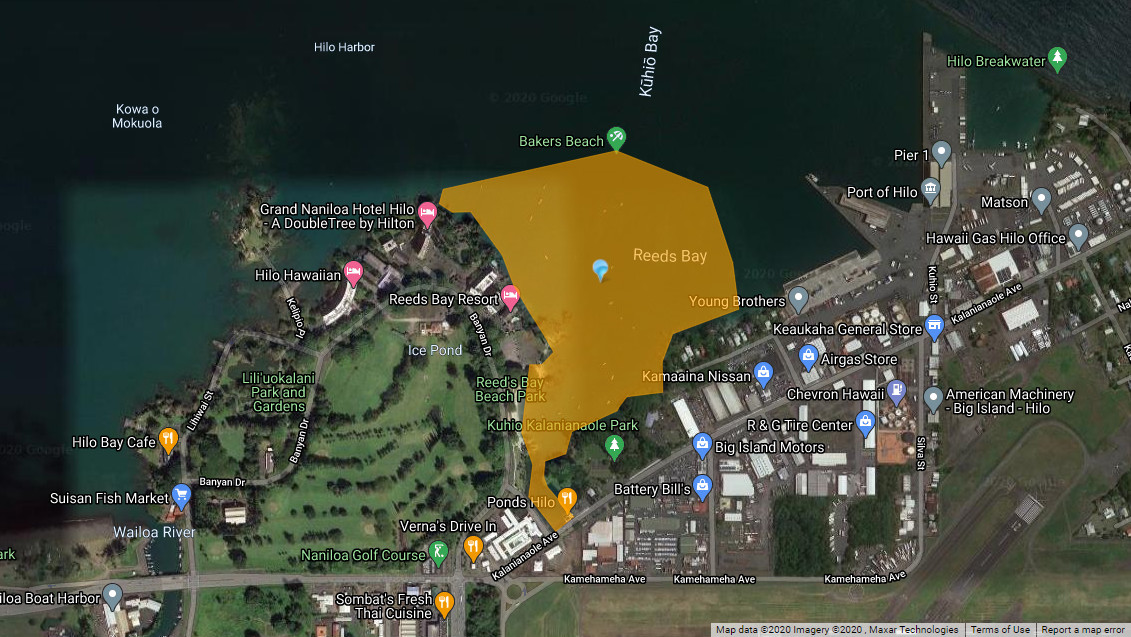 Image from an interactive map courtesy the Hawaiʻi Department of Health Clean Water Branch. The area under the advisory is in yellow.

HILO, Hawaiʻi - An unknown amount of sewage entered the waters of Reed's Bay near Ice Pond shortly after noon on Monday, officials report.

(BIVN) – The public is advised to keep out of the waters of Reed’s Bay near Ice Pond in Hilo due to a sewage spill.

The Hawaiʻi Department of Health Clean Water Branch said an estimated 28,000 gallons of sewage discharged on Banyan Street near Ice Pond at 12:09 p.m.

An unknown amount entered the water before the spill was stopped at 12:20 p.m.

Health officials say signs have been posted in the area.

The public is advised to remain out these waters until the warning signs have been removed.

In October, a High Bacteria Count Advisory was issued for the Ice Pond area. At that time, levels of 178 enterococci per 100 mL were been detected during routine beach monitoring.

There are currently numerous Brown Water Advisories and one High Bacteria Count Advisory posted for other waters around the Big Island.