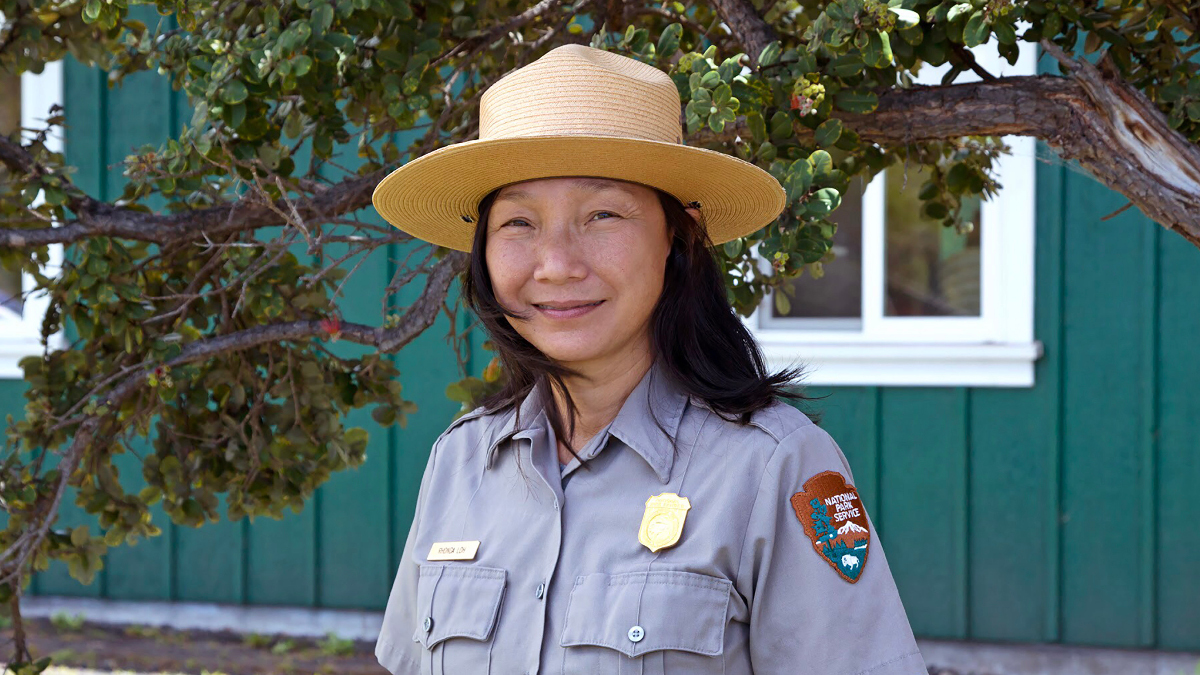 HAWAIʻI VOLCANOES NATIONAL PARK - Loh, already serving as the acting park superintendent since April 2019, will be in the position on a permanent basis starting December 20th.

(BIVN) – Rhonda Loh will be the permanent superintendent of Hawai‘i Volcanoes National Park. The National Park Service made the announcement on Thursday, with this news release:

“Throughout her 25-year career with the National Park Service, Rhonda has sought creative ways to build a positive working environment that fosters collaboration among staff and partners,” said Acting NPS Regional Director Linda D. Walker. “This experience provides her a solid foundation to help further the mission of the National Park Service in Hawai‘i.”

Hawai‘i Volcanoes National Park rises from sea level to an elevation of 13,677 feet and encompasses two of the world’s most active volcanoes, Kīlauea and Mauna Loa. The park includes seven ecological zones (coast, lowland, mid-elevation woodland, rainforest, upland forest, subalpine, and alpine) and is home to seven threatened species including the nēnē (Hawaiian goose), and 47 endangered species, including the honu‘ea (hawksbill turtle), ‘ua‘u (Hawaiian petrel), and the Ka‘ū silversword. The park’s rich archeological record connects today’s Hawaiians to their ocean-faring ancestors who made landfall on the island. Visitors can experience the history of geological exploration and the stewardship of natural landscapes by driving the roads, visiting historic districts and buildings, and exploring the park’s museum.

“My family roots are in Hawai‘i, and I deeply appreciate the islands’ people and cultures,” said Loh. “I am honored to be selected for this position and remain committed to engaging with the local communities in stewardship of our public lands.”

Loh began her career in the park service as a volunteer in 1989 before landing her first permanent position as a biological technician at Hawai‘i Volcanoes National Park. She later served as the park’s botanist and then chief of natural resource management. Loh also served as acting superintendent at other national parks across Hawai‘i including Pearl Harbor National Memorial, Haleakalā National Park, Kaloko-Honokōhau and Pu‘uhonua o Hōnaunau National Historical Parks, and Kalaupapa National Historical Park.

Born in Hawai‘i, Loh spent her formative years growing up on O‘ahu and connecting with family on Hawai‘i Island where she enjoyed hiking and camping. She received her master’s degree in chemistry from Stanford University, and Ph.D. in botany from the University of Hawai‘i at Mānoa. Loh, her spouse Peter, and dog Maxy live in Volcano, Hawai‘i.