HILO, Hawaiʻi - This is the story behind former Hawaiʻi County Mayor Billy Kenoi's miraculous inauguration day address that was delivered on Monday. 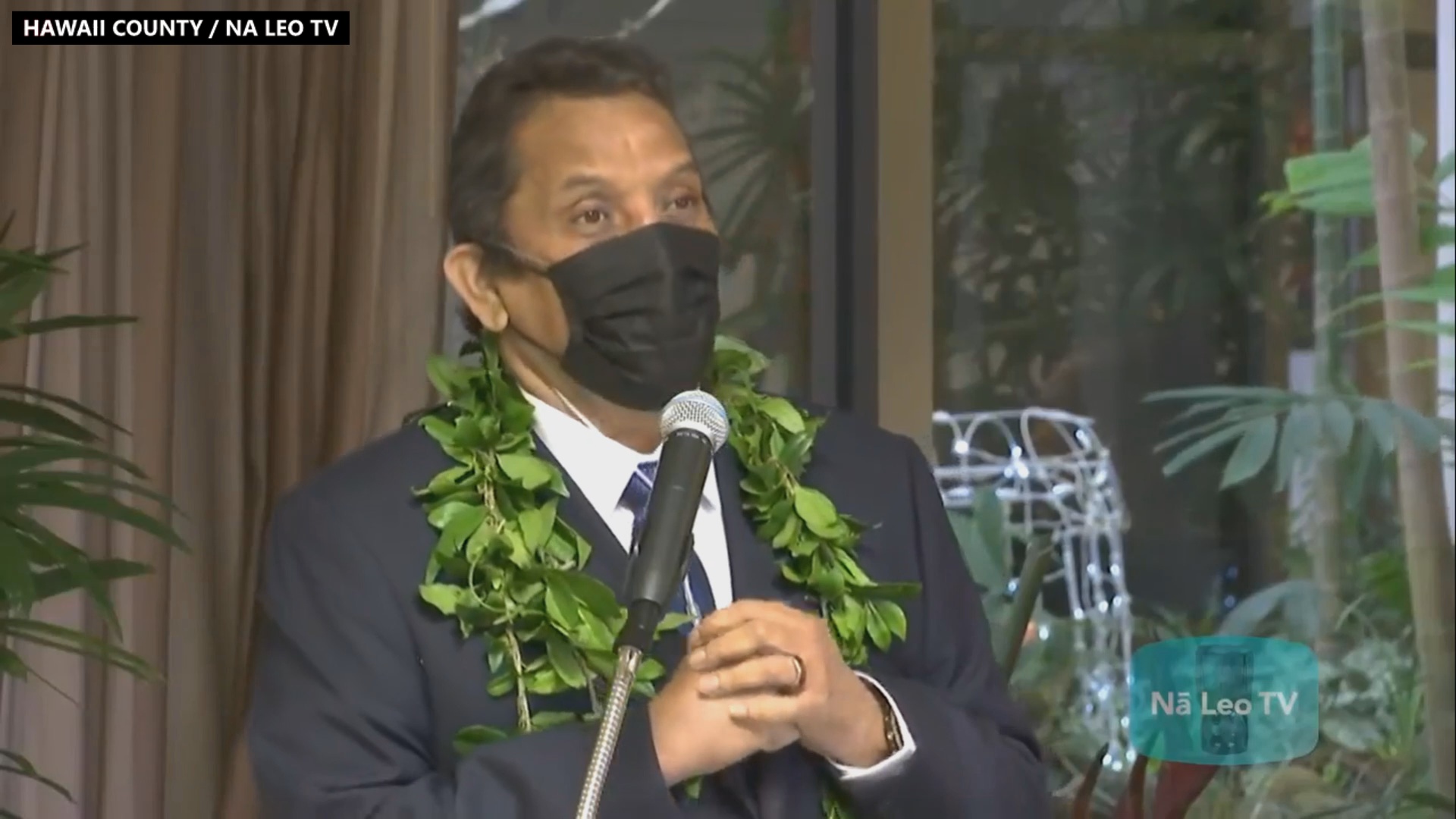 “Congratulations to Mayor Mitch Roth,” Kenoi said of the man filling the office seat he once sat in, four years ago. “Elected with 48,895 votes. You can fill up Aloha Stadium with the number of people who voted for Mitch to be Hawaiʻi island mayor.”

The Hilo council chamber was mostly empty for the inaugural ceremonies due to the covid-19 pandemic, but the speech was livestreamed to the public.

“This is such an exciting and challenging time to be leading the most beautiful, culturally rich and environmentally precious state in the nation,” Kenoi said from the podium. “There will never be another opportunity than that which lay before all of you. To guide this waʻa of Moku o Keawe and navigate it through a global pandemic and an economic crisis we haven’t seen in a hundred years. And I must say I’m very confident in all of you doing just that.”

The former mayor also drew upon his own experiences to impart the right words of wisdom. “Even with my own team I’d always say, let’s be impatient, and let’s be demanding of ourselves because the better we do, the more people we help, the harder we work,” he said. “The bigger difference we make. You know, it’s not about ego or credit, but it’s about making things better and I thought about this… imagine all of you could be leaders of any municipality in the country, but instead you’re leaders of the most beautiful island in the world, with the kindest and most compassionate people. People with love and true, sincere, aloha.” 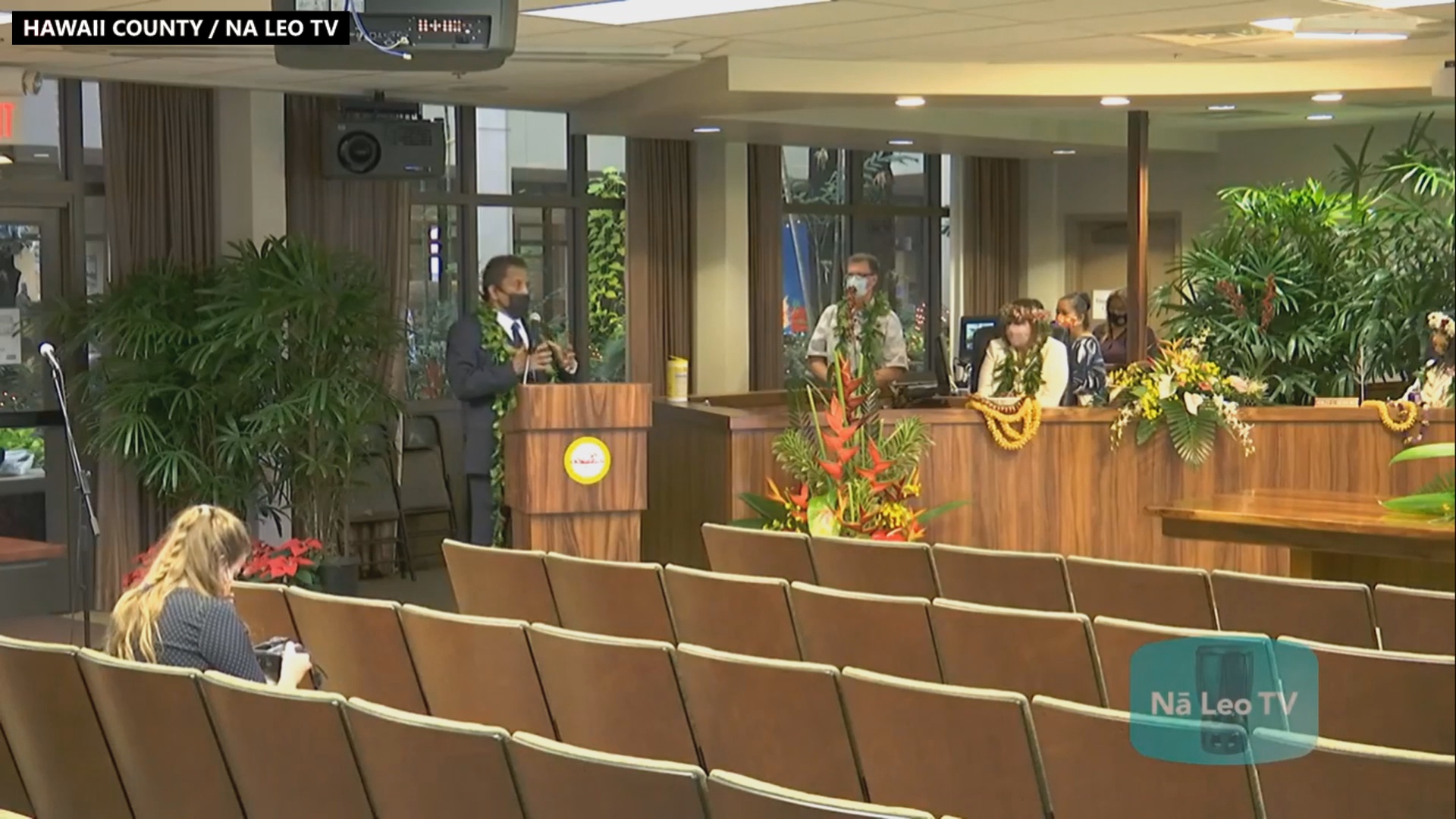 The rare, public appearance was a chance for Kenoi to encourage acts of kindness at every opportunity.

“Never forget the power of small kindnesses,” he said. “Sometimes you get that call, you don’t know who it’s from or what it sounds like. It’s the most important thing to that person calling you. And when I look back, some of the things I’m most proud of is responding to those little calls from people you never met, who never helped or contributed but they had that little request. And that little kindness made a massive difference. In fact, some of those little kindnesses made the biggest difference possible.”

The former mayor brings a new perspective to the podium. At the end of his second term in office, Kenoi was diagnosed with a rare and aggressive cancer. In July, Kenoi was a guest on the KWXX Island Conversations radio program with Sherry Bracken, where he spoke about his health. The transcript is below: 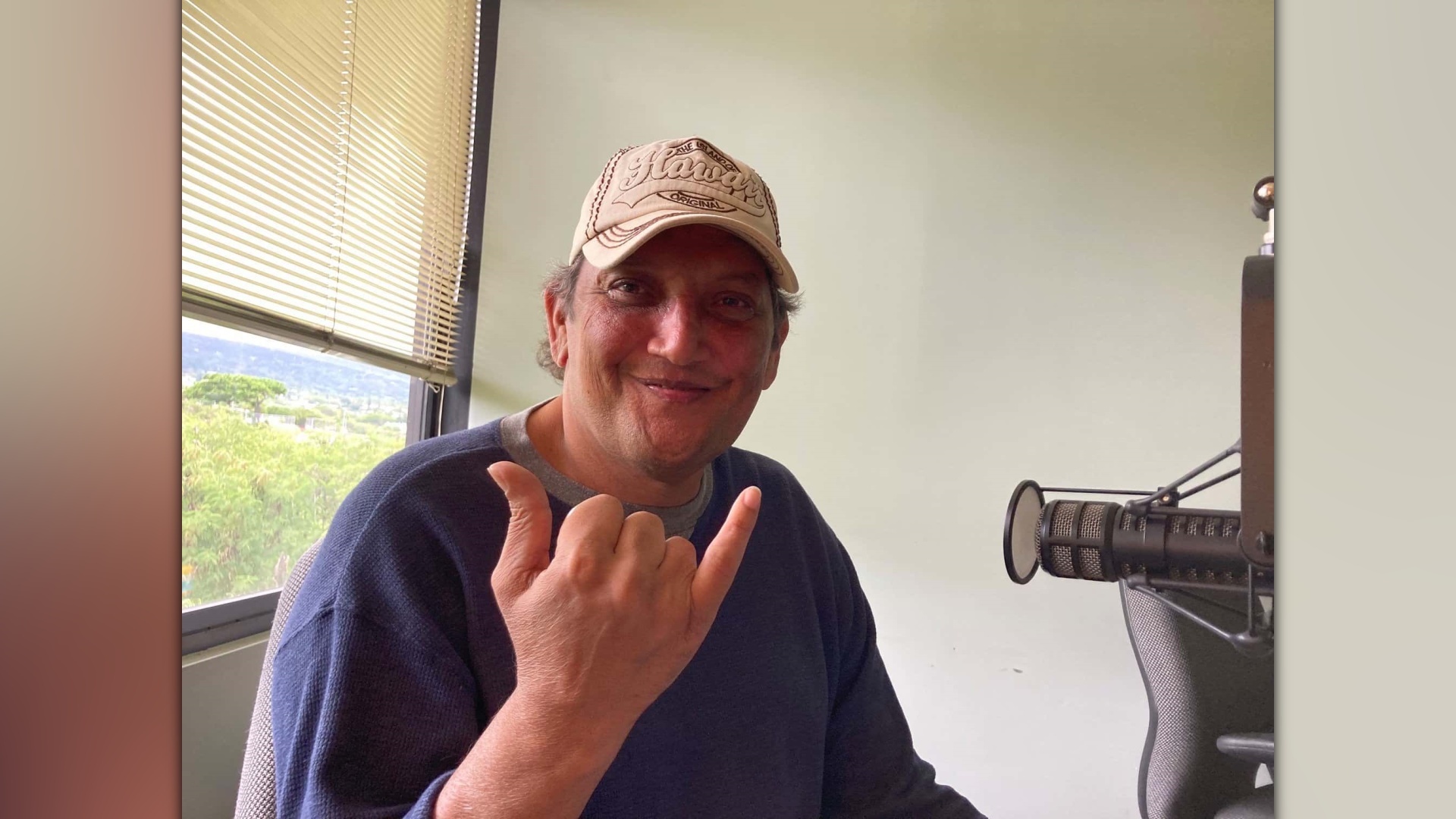 BILLY KENOI: “In 2015, I was diagnosed with a very rare form of cancer called myelofibrosis. It happens very rarely people are diagnosed with that. It’s a form of blood cancer, a type of leukemia, so it’s not focused on one part of your body.

I didn’t let anybody know, I wanted to finish my term strong and I didn’t want to seem like – ‘oh, look at him trying to use, you know, get sympathy for his condition’.

Thankfully, I had a match – was my sister – did the bone marrow transplant. Spent four months in the hospital. Came back out, came back home. Hey, coach my son to the state championship at soccer in 2018. Life is good. And then the cancer comes roaring back.

I’m told I’m not gonna make it. And in may of 2018, I missed my son’s graduation. And I’m told I have 48 hours to live. My body shuts down. It won’t accept transfusions, hemoglobin – which is my red blood cells – or platelets. So, I had 48 hours. I was talking, discussing with the doctor, how I pass away. Like, what is it like? That was our conversation.

But throughout this entire process from 2015, to the legal challenges I had at the end of my term, all the way through, I developed this incredibly powerful relationship with Jesus Christ, my Lord. People came to my house, who i never met, just come pray with me. So then the cancer goes away. It’s a miracle.

I come home in a fall of 2018 – like, wow I’m good – and then, my heart and lung collapse because the transplant cured the cancer but the transplanted cells that attack the cancer also attacked my organs. So they cannot differentiate between good and bad. So they just attack everything and it collapsed me and put me in a coma. For… 17 days. When I woke up, I was delirious. They told her if he’s not clear-headed in three days, he might never come back. I was lolo for a little while, yeah? I mean, it was crazy, and I was paralyzed. I lost 70 pounds. I couldn’t eat. And I don’t know what happened. It was like going to sleep and waking up and all of a sudden I cannot move. I cannot eat. It was the most difficult, challenging experience.

And during that time, they told my wife to fly the kids in and kiss me by because there’s no way I’m getting out of this one. He walked away… my lead doctor on my team walked away… ‘sorry, Takako, we did our best. Nothing we can do.’

My kids had to fly in and kiss me by. My wife was gonna pull all the machines out of me so they could kiss me and they wouldn’t let her pull it because of the pain, and so this happens again. I was supposed to die. But I rehabbed, and came back out, and a year later – when everything’s going good – my heart collapses again. I get medevacked to Honolulu. I have a pacemaker. I have oxygen, now.

But Sherry, when I went back and looked – when people prayed – a prayers call went out on social media – that’s the same time I came out of the coma. I pray every day and I want people to know that our Lord and savior Jesus Christ is incredibly powerful and he asks nothing of you but your own faith and belief.

And I want to share with people out there that if you’re afraid, or you’re scared, just pray. Just pray. And you don’t need fancy language, you don’t have to be a biblical scholar, you don’t have to be a kahu or pastor. You can just talk to Jesus like you talk to one friend. And I’m here to say, like, every single day I put my foot down on my bed and I just sit there and I make sure I alive, and I say, thank you Lord for this blessed, beautiful day.

Kenoi’s miraculous address on Monday had the full attention of everyone in the room. Councilmembers and staff listened-closely to his every-word.

“They told me I only get 5 to 7 minutes, and I know I there already, but I thought this might be the last time I ever talked so… I shooting for about 15, 20,” Kenoi joked.

In his speech, Kenoi urged the elected officials to consider deeds in service to the coming generations.

“Warren Buffett of Berkshire Hathaway got it right when he opined – not on stocks, or bonds – but when he talked about investing in the future of your community,” Kenoi quoted. “He said someone is sitting in the shade today, because someone planted a tree a long time ago. Let us plant those trees today so that our children, our families and our kupuna can enjoy our beautiful island that we call home in the shade of tomorrow.”

“I actually wanted to leave you with a good story, but my wife wen’ axe that story in the car just now,” Kenoi said. “She said, don’t you be telling that. Should I tell it? Oh, I like tell ’em, you know. But she told me no, so I won’t.”

“I’d like to leave all of you with one of my favorite passages of the good book,” Kenoi continued. “I have found more wisdom in the bible than in a hundreds of great books I’ve been fortunate to read in my lifetime. We cannot produce miracles by ourselves. We cannot produce miracles in isolation. But we can pray. We can all pray. And the power of prayers, when joined together, produces miracles every single day.”

“May God accompany all of you on your journey to lead us to a future where every family in every community on this beautiful island of Hawaiʻi is healthy and safe,” Kenoi told they newly elected leaders. “I love you, and I thank you all of you for the privilege of being here this morning. Aloha. Thank you guys.”