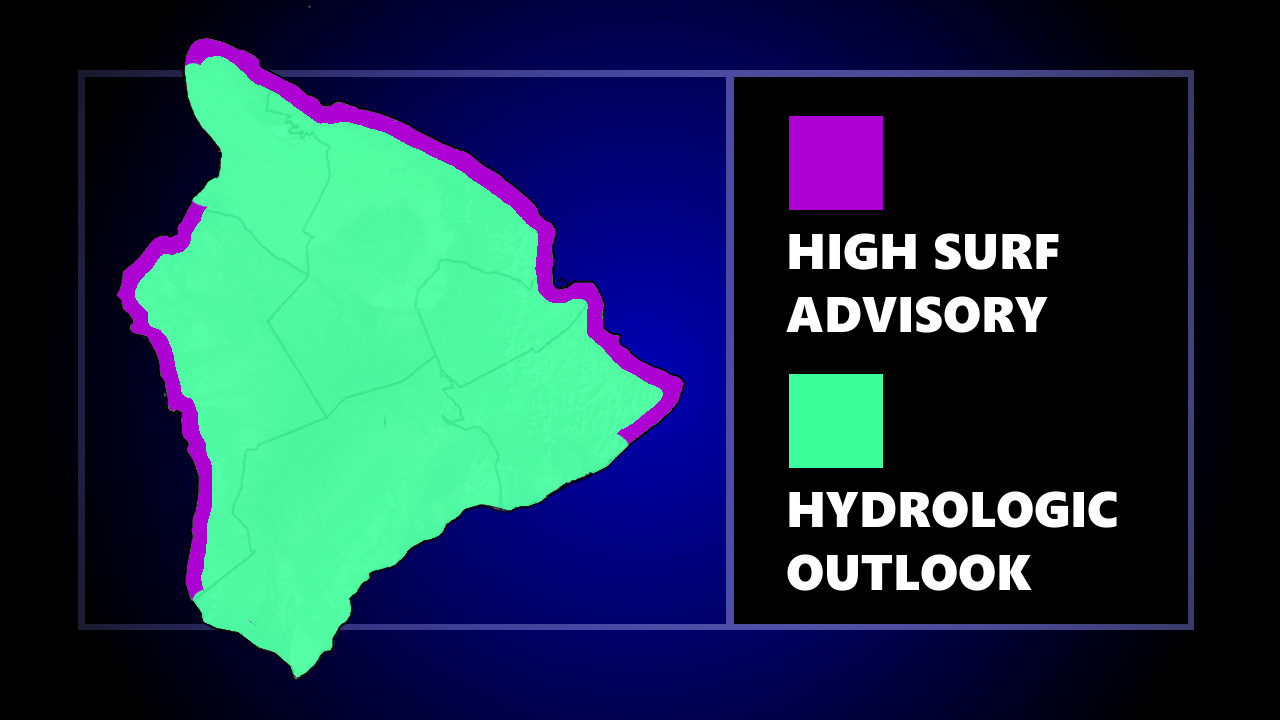 HAWAIʻI - Forecasters have issued a High Surf Advisory, a Wind Advisory, and a new Hydrologic Outlook for the Big Island.

(BIVN) – There is potential for widespread, heavy rain in Hawaiʻi beginning Sunday and Monday, forecasters say, which could lead to flash flooding across the islands.

“A slow-moving convergence band is expected to develop, bringing the threat of several days of rainfall, with locally heavy showers possible,” the National Weather Service said in a rare Hydrologic Outlook statement on Saturday morning. “This band could lead to the development of training rainfall over the islands, where showers repeatedly form and move over the same area, potentially leading to flash flooding.”

“This deeper moisture will reach the Big Island Sunday night, then spread over the smaller islands on Monday,” the National Weather Service said.

“While it is too early to provide specifics as to where and when the heaviest rain will occur, there is the potential for heavy rain to affect at least portions of the islands from late Sunday into the middle of next week,” forecasters say, adding that a Flash Flood Watch may be required for portions of the state later in the weekend.

Meanwhile, a High Surf Advisory and a Wind Advisory is in effect for parts of Hawaiʻi islands.

East winds over portions of Hawaiʻi island may reach 20 to 30 mph, with gusts to 50 mph possible. The National Weather Service says winds will be strongest over and immediately downwind of the mountains.