VIDEO: When Will Mauna Loa Erupt Next? 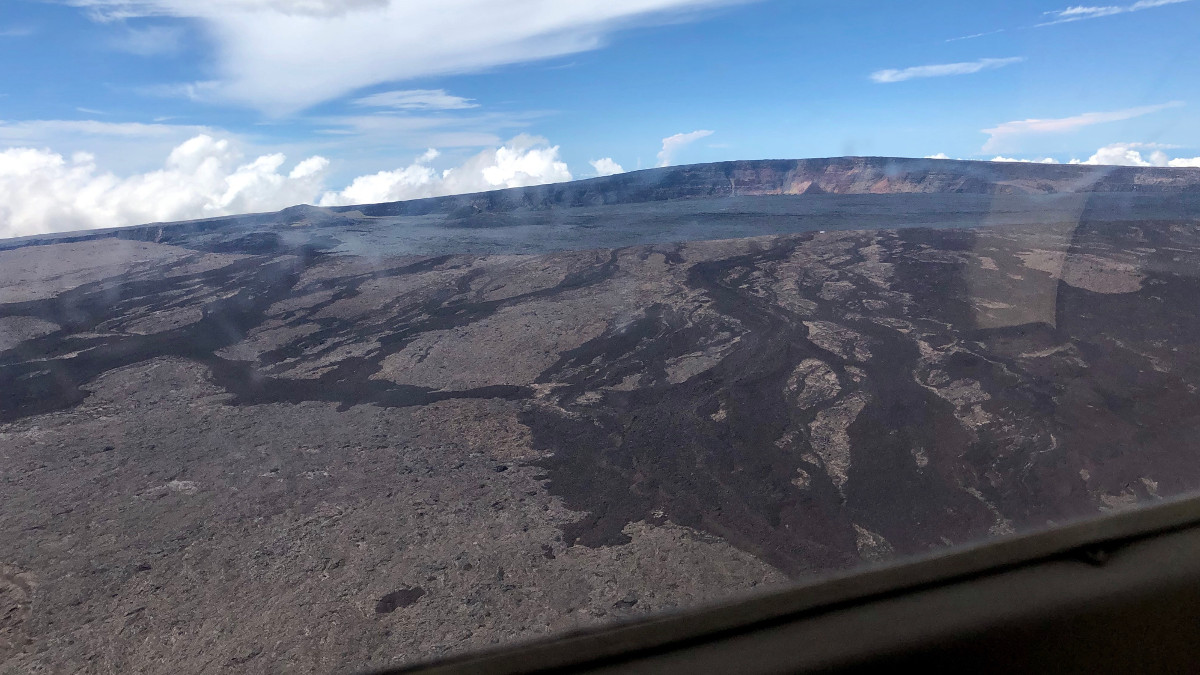 Civil Air Patrol captured this aerial image of Mauna Loa’s summit caldera, Moku‘āweoweo, on Sunday, October 20, 2019. The true summit of Mauna Loa is located just to the right of the center of the image, at the highest location above the caldera wall in the background. The cones that formed during the 1940 (right) and 1949 (left) eruptions are visible in the distant left side of the image. Lava flows in the foreground of the image, which flowed in a direction south of the summit of Mauna Loa, were active prior to formation of the summit caldera approximately 1,000 years ago.

(BIVN) – Unlike Kīlauea at this moment, Mauna Loa volcano is not erupting. But it is the subject of the latest Volcano Awareness Month video by the USGS Hawaiian Volcano Observatory.

Scientists say rates of deformation and seismicity on Mauna Loa have not changed significantly over the past week and remain above long-term background levels. They say Global Positioning System (GPS) measurements show continued slow summit inflation, consistent with magma supply to the volcano’s shallow storage system.

From the USGS Hawaiian Volcano Observatory, concerning the above video presentation:

Because Mauna Loa has been quiet for almost 30 years, residents may not be aware that Mauna Loa is an active volcano. When Mauna Loa erupts, it is capable of disrupting lives and commerce throughout the Island of Hawai‘i. What can we learn from Mauna Loa’s past eruptions? What are the signs we need to look for in the future that might portend the next eruption of the world’s largest active volcano? Join USGS Hawaiian Volcano Observatory geologist Frank Trusdell, who has studied Mauna Loa for two decades, as he presents his talk about Earth’s largest volcano.