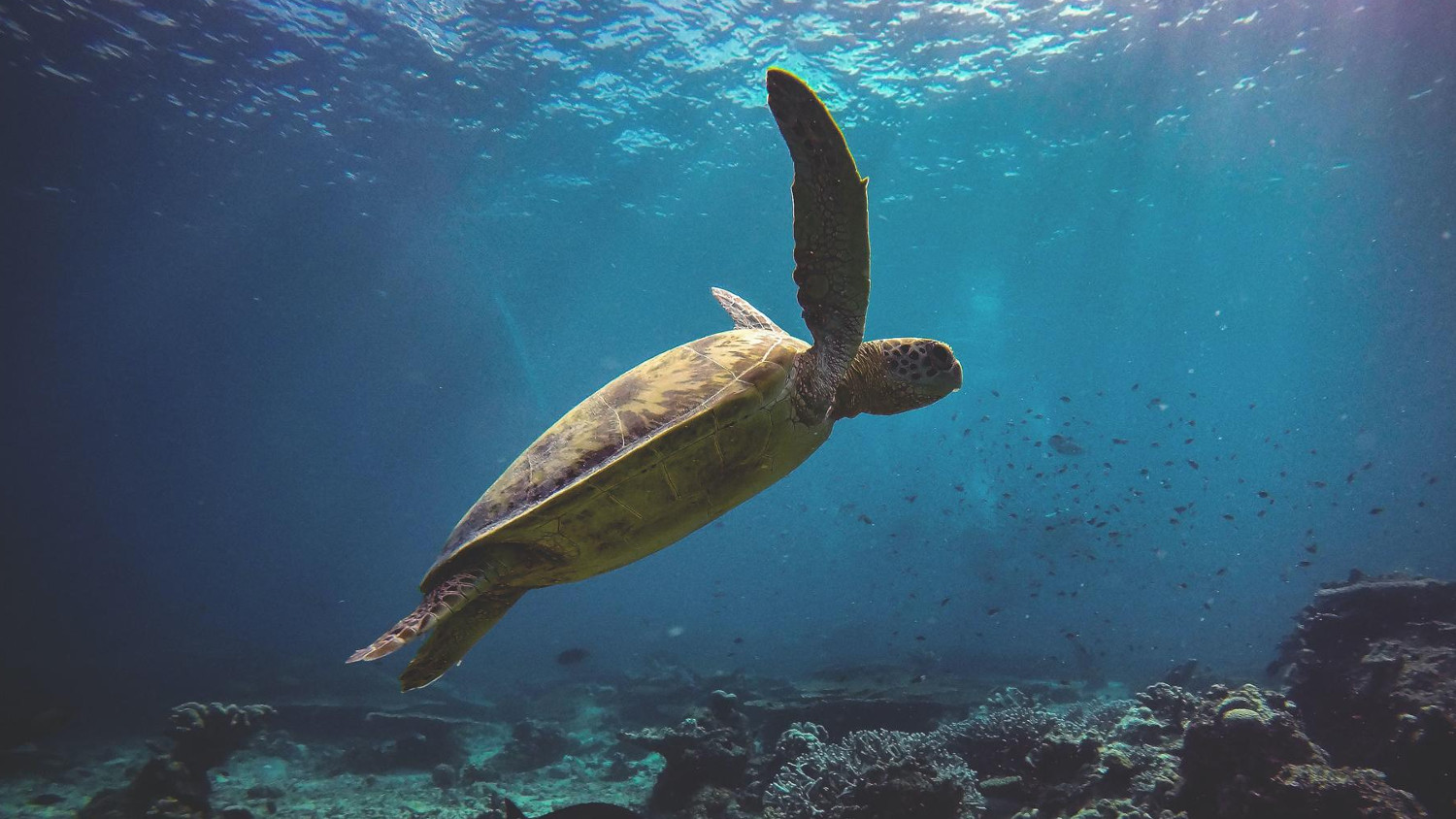 (BIVN) – Sea turtles in Hawaiʻi, as well as all turtles worldwide, face a “daunting future” due to climate change and other factors, a University of Hawaiʻi researchers says.

From the UH-Mānoa news release:

Turtles worldwide face a grim future and may be particularly vulnerable to the effects of habitat destruction and climate change. That’s one of the major findings from a study published in the Proceedings of the National Academy of Sciences by a University of Hawaiʻi at Mānoa researcher.

UH Mānoa’s School of Life Sciences Associate Professor Robert Thomson said that many habitats that have been critical areas for the evolution of turtles have disappeared and may shrink further within the next 100 years.

Other factors affecting their survival rates are the hunting of turtles for food and traditional medicine, and the heavy development of coastal and waterfront areas by humans that greatly reduced their habitats.

There are around 360 turtle species—a small number compared with amphibians (more than 8,200), mammals (6,400) and birds (10,000). About 60% of the world’s turtles are considered threatened or endangered, and that percentage is expected to rise.

“Turtles face a daunting future,” Thomson said. “The group contains relatively few species to begin with, and the majority of these are subject to serious conservation risk. As habitat loss, human exploitation of wild populations and climate change continue, this situation will become more dire.”

Thomson added, “This study taught us that coastal areas served as key evolutionary cradles for turtle diversity. We also know that coastal areas suffer disproportionately from habitat modification and from ongoing climate change. The big challenge, as it is for virtually all conservation issues, is finding the political will to take the steps that need to be taken before it is too late. Globally, we have to be doing more to protect habitats and to avert the worst impacts of climate change.”

Green sea turtles are very common in Hawaiʻi, and several freshwater species have also been introduced. These include the red eared slider, a common species found in the pet trade, and three species of softshell turtles that are native to Asia and were introduced in the late 1800s. Thomson said we may already be seeing the effects of climate change on the local sea turtle population.

“Ongoing climate change poses several risks for Hawaiʻi,” Thomson said. “One pattern that we may already be seeing is that the number and intensity of hurricanes is increasing. As one example, a 2018 hurricane that hit French Frigate Shoals virtually erased an island called East Island from the map. That single island was the site of a little less than half of all green sea turtle nests in the Hawaiʻi archipelago. Now it’s gone.”

Thomson said the research resulted in a comprehensive phylogenetic tree (branching diagram that illustrates evolutionary relationships) for turtles that clarifies when and how they evolved into the diversity that we see today. These diagrams include information on how species are interrelated and when they evolved into separate species. Documenting this information is important to understand how past events may have influenced the evolution of turtles.

The research team, including Thomson, and Phillip Spinks and Brad Shaffer from UCLA, established the turtle tree by collecting and assembling DNA samples from 591 living turtles that make up 80% of all living turtle species. They analyzed the samples to determine similarities and differences among species, and also used fossil records for turtles to discover when lineages evolved and declined.

For more on Thomson’s research at UH Mānoa, visit the Thomson Lab website.