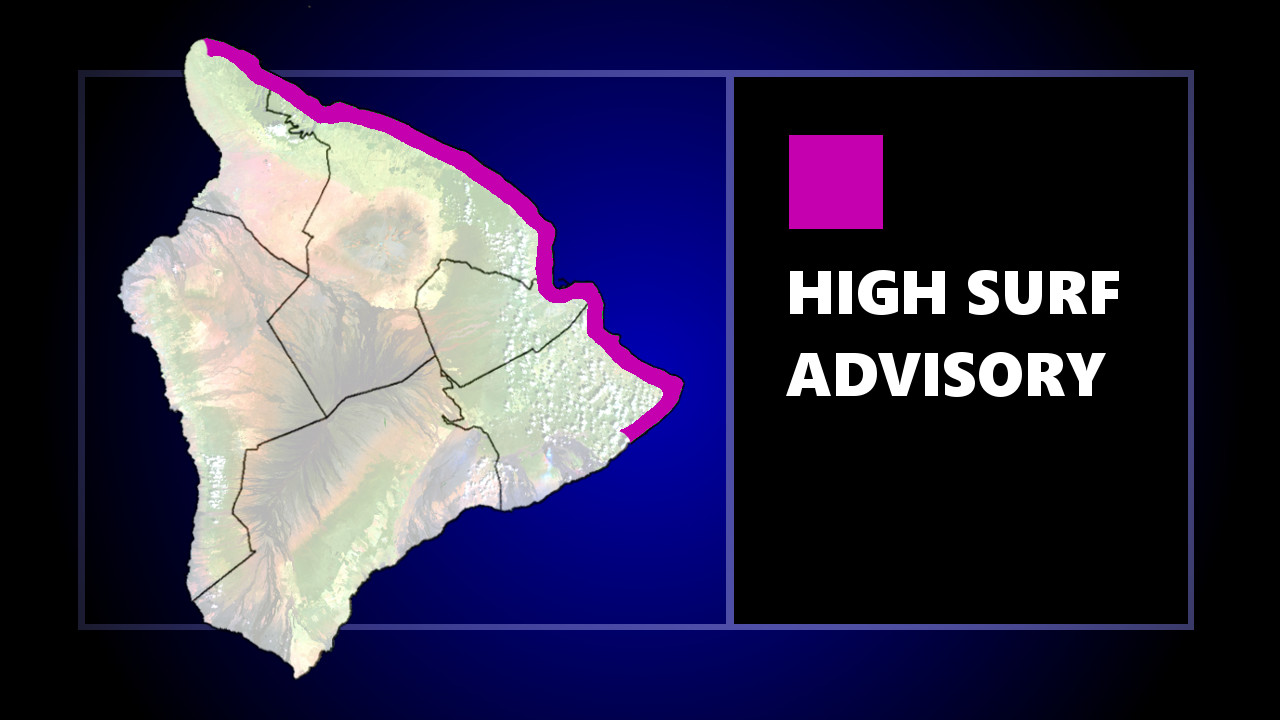 HAWAIʻI ISLAND - Large breaking waves of 12 to 16 feet are possible, which could produce surges in north facing harbors.

(BIVN) – National Weather Service in Honolulu has issued a High Surf Advisory for Hawaiʻi Island until 6 a.m. HST on Saturday.

“A north swell is elevating surf heights along exposed north facing shores of the islands,” the weather alert stated. “With the swell larger over the eastern waters, a high surf advisory in effect for the eastern half of the state.”

Large breaking waves of 12 to 16 feet are possible.

The National Weather Service also issued a Marine Weather Statement, warning of possible surges in Hilo and Kahului Harbors. From the statement, issued on Friday afternoon:

A north swell will build today…Peak tonight at 8 to 9 feet… Then slowly decline on Saturday. This swell will produce surges in north facing harbors… Including Hilo and Kahului harbors… Along with breaking waves near harbor entrances. Mariners should use caution when entering or leaving port and when mooring or launching vessels.