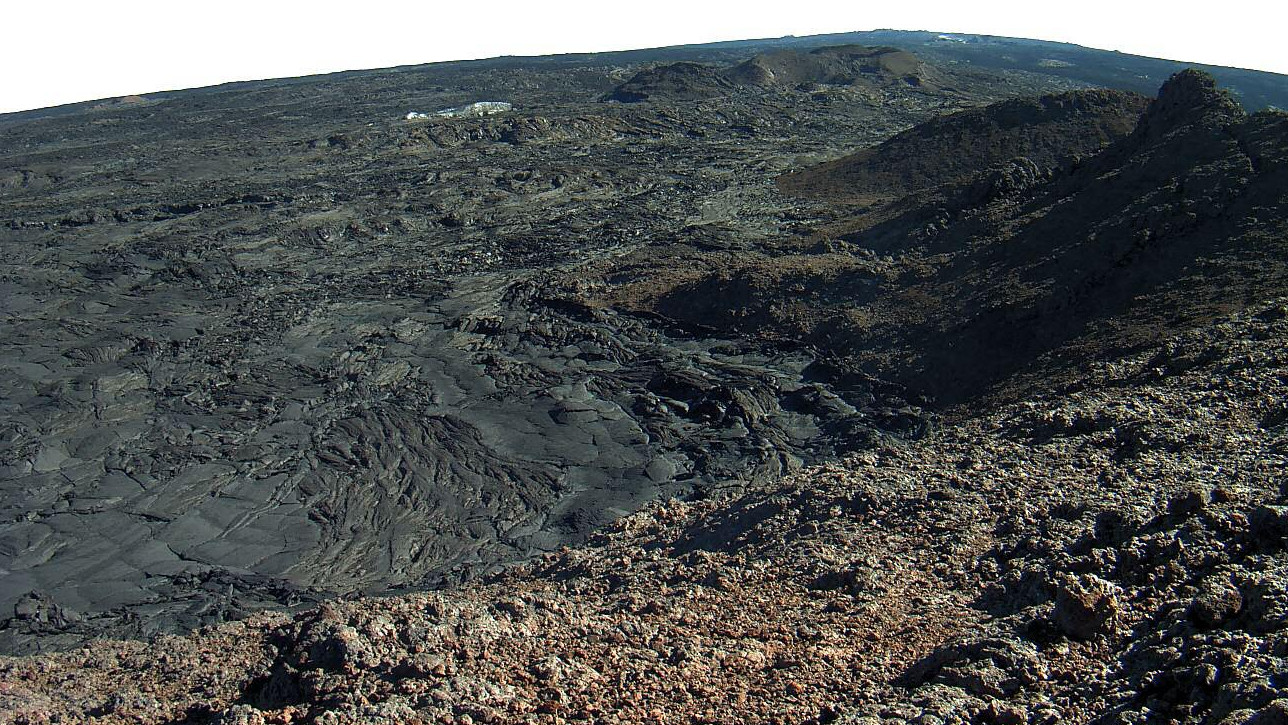 USGS HVO WEBCAM (April 2, 2021) - This image is from a research camera positioned on a cone in Mauna Loa's Southwest Rift Zone in Hawaiʻi Volcanoes National Park. The camera looks northeast (upslope), focusing on the upper part of the Southwest Rift Zone. The upper flank of Mauna Loa forms the skyline.

HAWAI'I VOLCANOES NATIONAL PARK - Mauna Loa is not erupting. A tiltmeter near the volcano summit measured a small change in tilt at the same time as this week's flank swarm.

(BIVN) – Mauna Loa Volcano is not erupting, and remains at an ADVISORY alert level.

“Rates of deformation and seismicity at the summit remain elevated and above long-term background levels,” the USGS Hawaiian Volcano Observatory wrote in its weekly update. “Other Mauna Loa monitoring data streams show no significant changes or patterns that would indicate increased volcanic hazard at this time.”

An earthquake swarm was detected this week on the northwest flank of Mauna Loa. Scientists counted 172 earthquakes in the area from March 29 to 31 about 3.5 to 5 miles beneath the surface. Scientists noticed a change in tilt coinciding with the event. HVO wrote:

A tiltmeter near Mauna Loa’s summit measured a small change in tilt at the same time as the flank swarm. The tilt change was consistent with contraction across the summit and has since leveled off. The contraction is most likely a short-term excursion from the long-term pattern of summit inflation that has been taking place since 2015, consistent with magma supply to the volcano’s shallow storage system.

Scientists say seismometers this week recorded a total of 245 small-magnitude earthquakes below Mauna Loa. Nearly all were less than magnitude 3, and were concentrated beneath the summit and upper-elevation flanks of the volcano at depths of less than about 5 miles below ground level.

“Gas concentrations (0 ppm SO2) and fumarole temperatures (below 100 degrees Celsius or 212 degrees Fahrenheit) at both the summit and at Sulphur Cone on the Southwest Rift Zone remain stable,” the USGS HVO wrote. “Webcam views have shown no changes to the volcanic landscape on Mauna Loa over the past week.”

Mauna Loa is the largest active volcano on Earth, and has erupted 33 times since 1843. Mauna Loa last erupted in 1984.