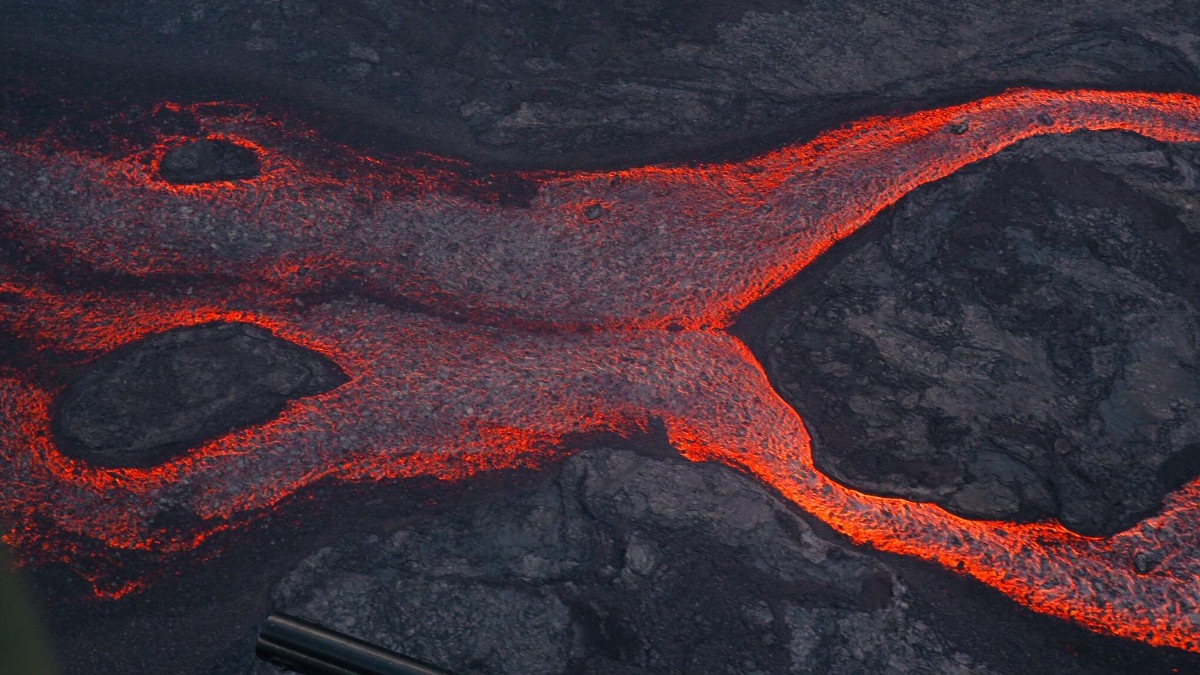 HAWAIʻI ISLAND - The study "is very unusual" because it falls at the interface between seismology and studies of the viscosity, or fluidity, of the molten rock. 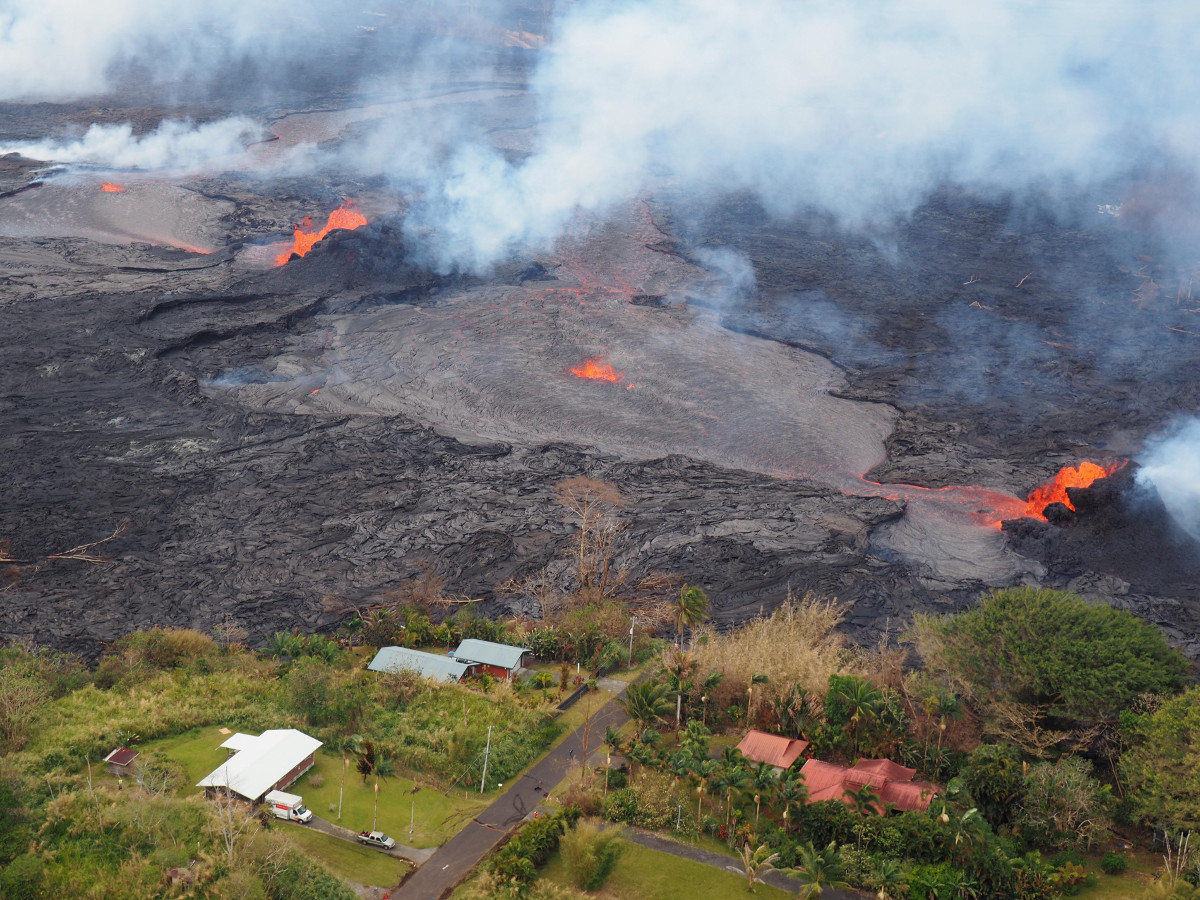 (BIVN) – Using data from the 2018 eruption of Kīlauea, researchers have identified an indicator of magma viscosity that can be measured before an eruption, providing critical information to help understand possible future eruptions.

The team, which includes University of Hawaiʻi at Mānoa School of Ocean and Earth Science and Technology Professor Bruce Houghton and USGS Hawaiian Volcano Observatory geophysicist Brian Shiro, studied the 2018 Kīlauea eruption and say the event “provided scientists with an unprecedented opportunity to identify new factors that could help forecast the hazard potential of future eruptions.” The team published their findings in Nature.

“The study is very unusual because it falls at the interface between two distinct disciplines in volcanology: seismology and studies of the viscosity (fluidity) of the molten rock,” said Houghton.

The properties of the magma inside a volcano affect how an eruption will play out. In particular, the viscosity of this molten rock is a major factor in influencing how hazardous an eruption could be for nearby communities.

Very viscous magmas are linked with more powerful explosions because they can block gas from escaping through vents, allowing pressure to build up inside the volcano’s plumbing system. On the other hand, extrusion of more viscous magma results in slower-moving lava flows.

“But magma viscosity is usually only quantified well after an eruption, not in advance,” explained Diana Roman, lead author of the study and volcanologist at Carnegie Institution for Science. “So, we are always trying to identify early indications of magma viscosity that could help forecast a volcano’s eruption style.” 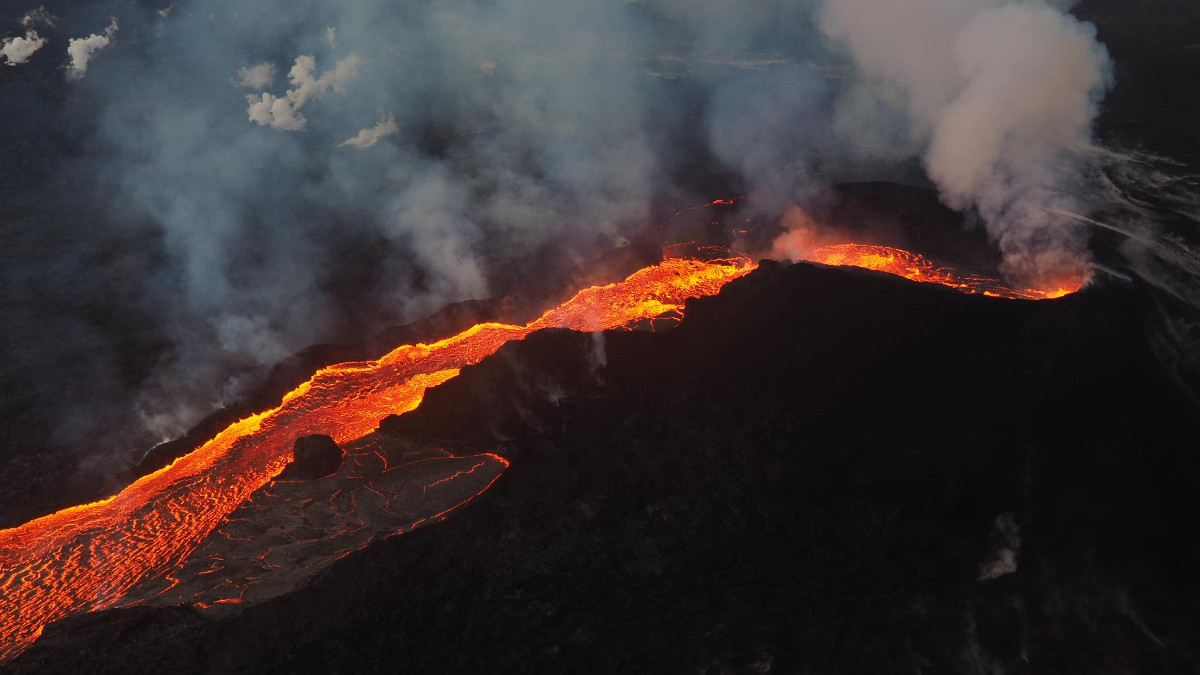 The 2018 event included the first eruptive activity in Kīlauea’s lower East Rift Zone since 1960. The first of 24 fissures opened in early May, and the eruption continued for three months. This situation provided unprecedented access to information for the team of researchers.

The event provided a wealth of simultaneous data about the behavior of both high- and low-viscosity magma, as well as about the pre-eruption stresses in the solid rock underlying Kīlauea.

Tectonic and volcanic activity cause fractures, called faults, to form in the rock that makes up Earth’s crust. When geologic stresses cause these faults to move against each other, geoscientists measure the 3-D orientation and movement of the faults using seismic instruments.

By studying what happened in Kīlauea’s lower East Rift Zone in 2018, Roman and her colleagues determined that the direction of the fault movements in the lower East Rift Zone before and during the volcanic eruption could be used to estimate the viscosity of rising magma during periods of precursory unrest.

“We were able to show that with robust monitoring we can relate pressure and stress in a volcano’s plumbing system to the underground movement of more viscous magma,” Roman explained. “This will enable monitoring experts to better anticipate the eruption behavior of volcanoes like Kīlauea and to tailor response strategies in advance.”