Near or Below-normal 2021 Hurricane Season Predicted For Central Pacific 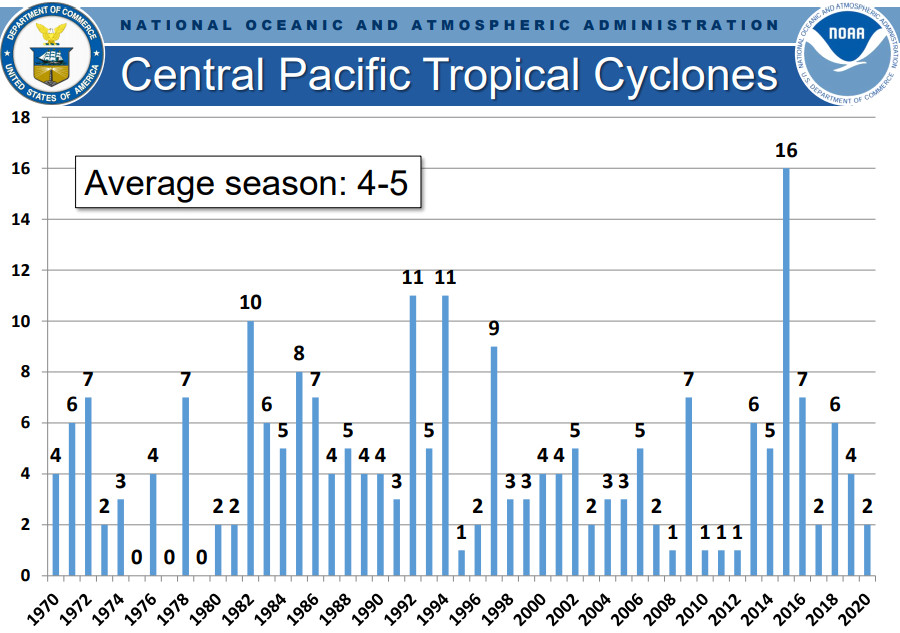 (BIVN) – The waters surrounding Hawaiʻi will most likely see near- or below-normal tropical cyclone activity this hurricane season.

Forecasters say there is a 80% chance of a near or below normal season, which would equate to about 2 to 5 tropical cyclones in the forming in the Central Pacific. That number includes tropical depressions, storms and hurricanes. The outlook is not a forecast of hurricane landfalls, officials say.

From the Central Pacific Hurricane Center:

There is a 45% chance of near-normal tropical cyclone activity during the Central Pacific hurricane season this year, according to NOAA’s Central Pacific Hurricane Center and NOAA’s Climate Prediction Center, divisions of the National Weather Service. The outlook also indicates a 35% chance for below-normal activity, and 20% chance of an above-normal season.

“This year we will likely see less activity in the Central Pacific region compared to more active seasons,” said Matthew Rosencrans, NOAA’s lead seasonal hurricane forecaster at the Climate Prediction Center. “Less activity is predicted since ocean temperatures are likely to be near- to below average in the central and eastern tropical Pacific Ocean where hurricanes form, and because El Nino is not present to increase the activity.”

This outlook is a general guide to the overall seasonal tropical cyclone activity in the Central Pacific basin, and does not predict whether, or how many, of these systems will affect Hawaii. The Central Pacific hurricane season begins June 1 and runs through November 30.

“As we have experienced in previous hurricane seasons, it only takes one direct hit, or even a close call, to have a major impact on daily life here in the Hawaiian Islands,” said Chris Brenchley, director of NOAA’s Central Pacific Hurricane Center. “Take time to prepare now. Make a preparedness plan so that you and your family stay healthy and safe.”

The Central Pacific Hurricane Center continuously monitors weather conditions, employing a network of satellites, land- and ocean-based sensors, and aircraft reconnaissance missions operated by NOAA and its partners. This array of data supplies the information for complex computer modeling and human expertise, which are the basis for the center’s storm track and intensity forecasts. These forecasts are made available to the public and media, and help provide critical decision support services to emergency managers at the federal, state and county levels. 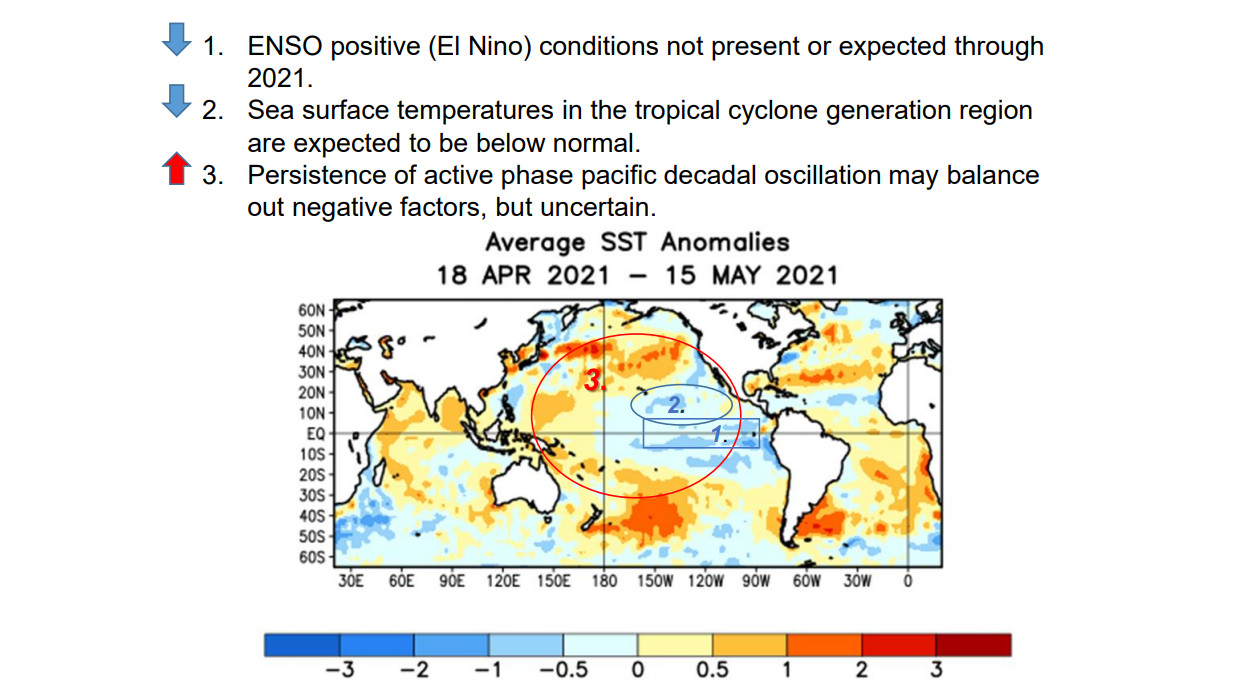