VIDEO: Artist Testifies On Sculpture Set For Relocation In Hilo

HILO, Hawaiʻi - Officials say the public art will soon be relocated from its current location at Liliʻuokalani Park and Gardens to the nearby recreational area commonly known as “Isles.” 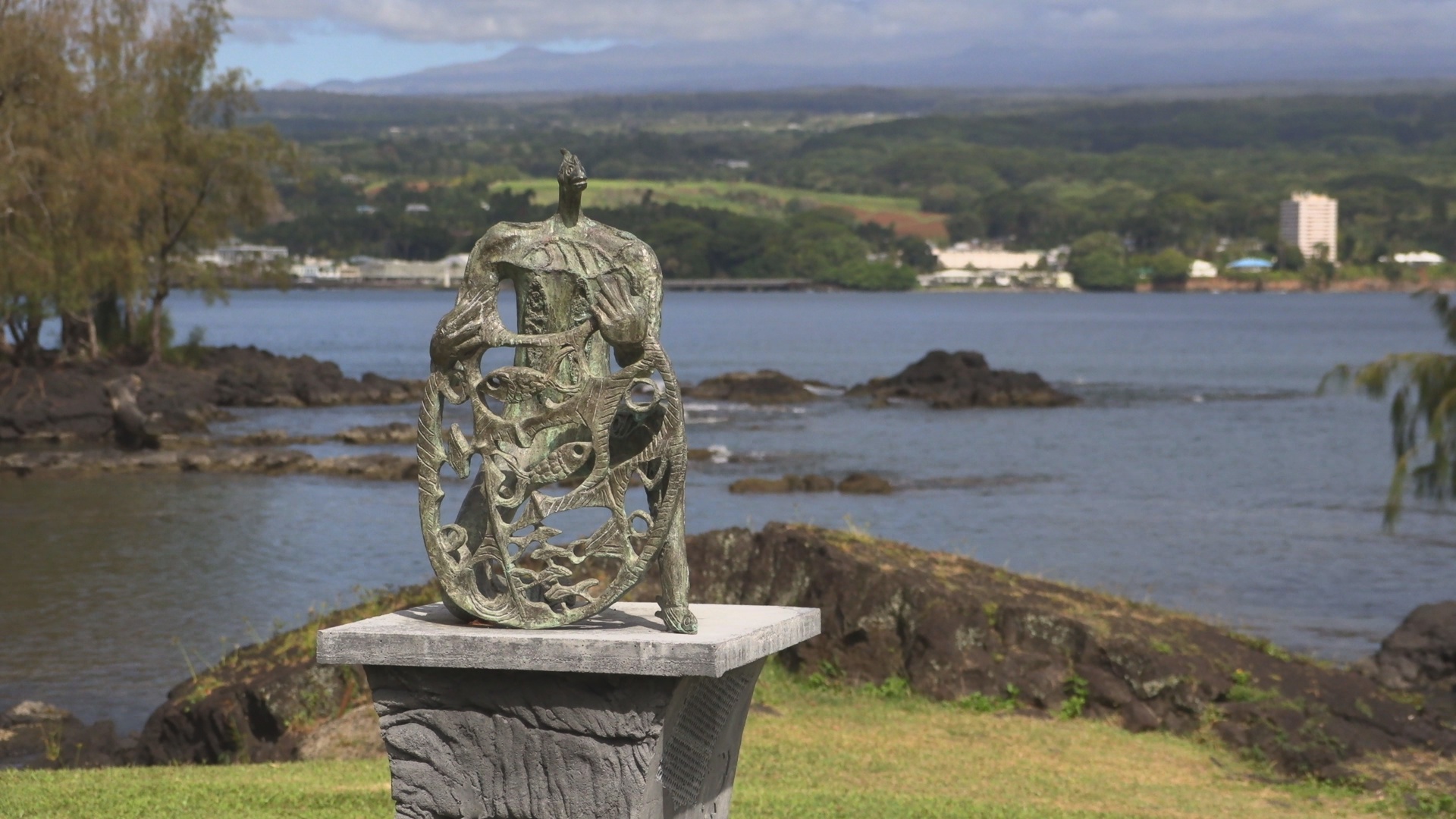 (BIVN) – The Hawaiʻi County Council Finance Committee on June 1st voted to accept the donation of a $10,000 statue, which will soon be relocated from its current location at Liliʻuokalani Park and Gardens to the nearby recreational area commonly known as “Isles.”

The sculpture, created by Henry Bianchini, stirred up a controversy when it suddenly appeared in the public garden with no explanation. The artwork depicts a mythological fisherman.

“We have talked with Henry and some members of the public and different groups,” said Maurice Messina, the director of the Hawaiʻi County Department of Parks & Recreation, speaking about the Isles spot. “We feel that this is a great location that we have.”

Isles is the area along the water, closer to the Hilo Bay Cafe area of the park. There is a fishing pier there, as well.

“Right now it’s still at the Liliʻuokalani Garden area,” Messina said. “That’s mainly because what it’s going to take to pick it up and move it. We didn’t want to have it stored somewhere. So, Henry is going to be working with our crew to figure out a way to pull it and put it in the new spot. Other than that, we haven’t received any negative comments about the new location at all.”

“I have public works in all the islands,” said artist Bianchini. “I’ve worked through processes more difficult than this one. I love Hilo.”

Bianchini then read from a haiku created by one of his patrons after he saw the piece.

“Fishermen rose out of the depths, the depths of Hilo Bay, to honor a queen much beloved, with a gift of his only wealth,” he read.

“I went through a process that I thought was the only process I knew to establish, and just… this controversy occurred,” Bianchini said.

The resolution to accept the donation advanced to the full council with a positive recommendation.