A synthesized voice was utilized in the narration for this story. Video and images courtesy USGS Hawaiian Volcano Observatory.

HAWAIʻI ISLAND - Both Kilauea and Mauna Loa are quiet, and are at USGS Volcano Alert Level of ADVISORY. 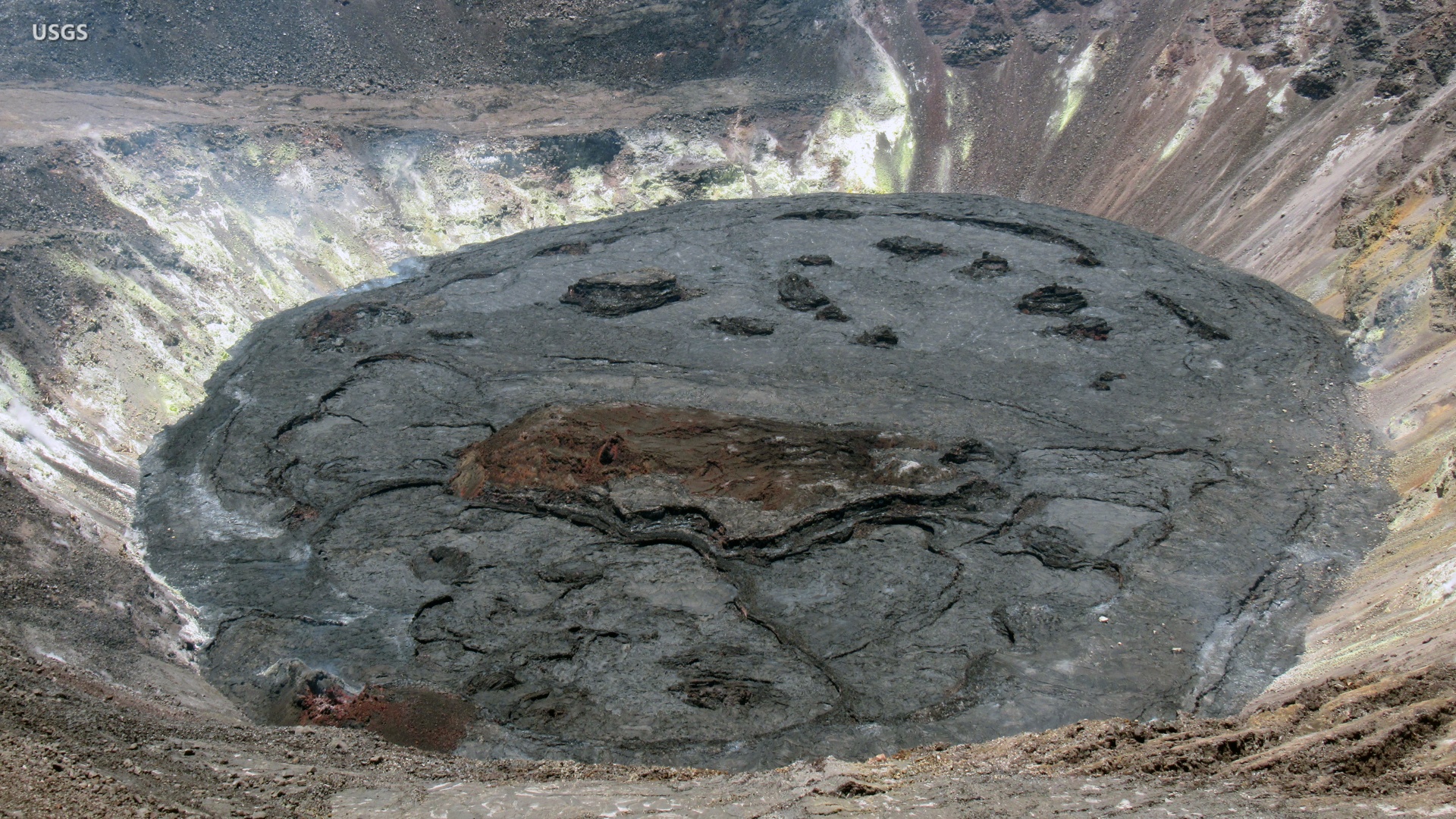 USGS: “A view of Halema‘uma‘u on June 11, 2021, at 12:20 p.m. HST. Although eruptive activity has paused at the Kīlauea summit, HVO geologists still monitor the lava lake and summit area regularly. They make observations to note any physical changes in the landscape or visual changes in gas emissions. Field crews also look and listen for rockfalls and measure the depth of the crusted-over lava lake to monitor for any changes.” USGS photo by J.M. Chang.

(BIVN) – The volcanoes on Hawaii island are quiet. Kilauea is no longer erupting. The activity that began in December 2020 ceased on May 27th.

The U.S. Geological Survey Hawaiian Volcano Observatory recently conducted a routine flight over the volcano. The summit lava lake is no longer active, and completely crusted over. There were no signs of residual incandescence in cracks, and only a diffuse gas plume rising from the northern portion of the lake.

Sulfur dioxide emissions are down to near pre-eruption levels. USGS HVO seismicity remains stable overall with earthquake counts this week similar to previous weeks. No unusual activity was noted in the region of the East Rift Zone.

Scientists say it is possible that the summit vents could re-activate, or Kilauea could be entering a period of quiescence, prior to the next eruption.

In a recent Volcano Watch article, HVO said if the current pause continues beyond August 24th, it will likely mean this eruption is over.

Hawaii island’s other, much larger, active volcano – Mauna Loa – is also showing no sign of increased volcanic hazard at this time. This time-lapse video, taken from a new south-facing USGS webcam, shows a typical day on the volcano. HVO says the field of view covers Mauna Loa’s summit region, and much of the Northeast Rift Zone.

Both Kilauea and Mauna Loa are at a volcanic alert level of ADVISORY.