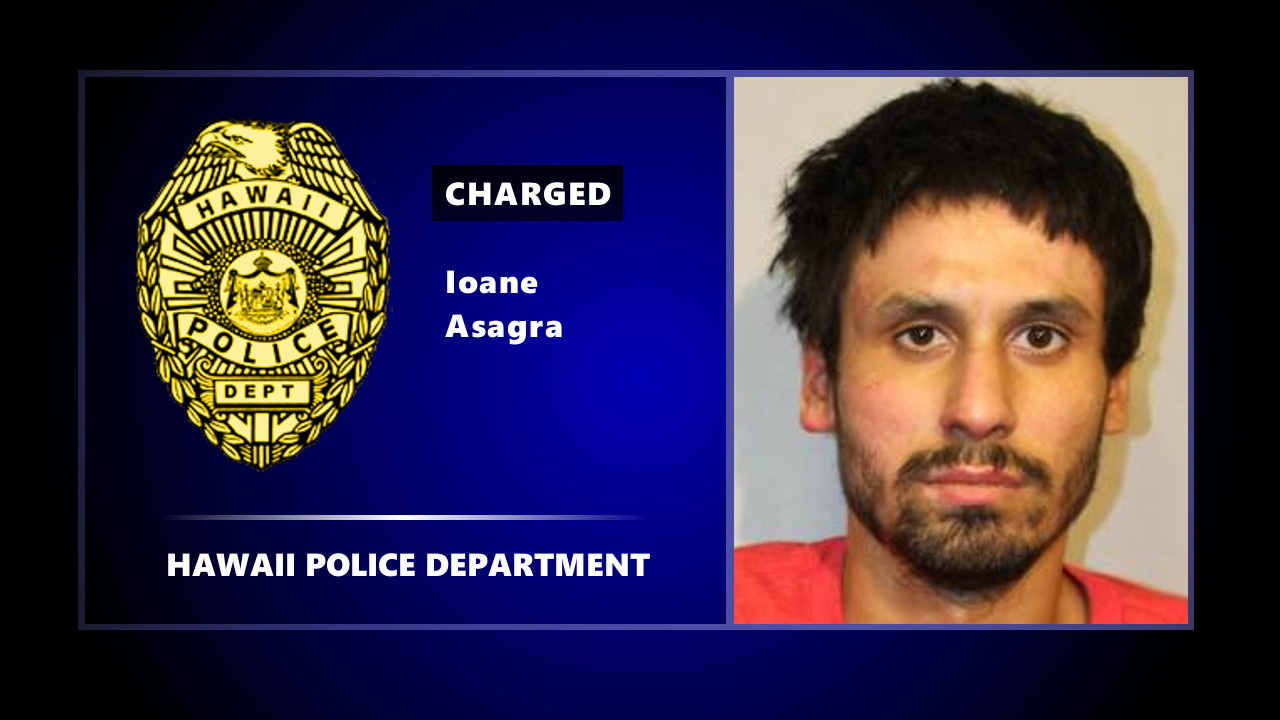 KONA, Hawaiʻi - 27-year-old Ioane Asagra has been charged with murder and arson stemming from the shooting death of Joey Richmond at Keauhou Kainaliu Beach Road.

(BIVN) – A Captain Cook man has been arrested and charged with murder and arson following the shooting death of a man at “End of the World” in Kona.

Hawai’i Island Police have charged 27-year-old Ioane Asagra, of Captain Cook, with murder and arson stemming from the shooting death of Joey Richmond at Keauhou Kainaliu Beach Road, commonly known as “End of the World”, on May 25, 2021.

Shortly after 9:30 p.m. on Tuesday, May 25, 2021, police responded to a report of an unresponsive male lying on the ground at Keauhou Kainaliu Beach Road, commonly known as “End of the World”.

Upon Kona patrol officers’ arrival, they discovered a male party, later identified as 46-year-old Joey Richmond, of Kailua-Kona, with what appeared to be multiple gunshot wounds. He was transported to the Hilo Medical Center where he was pronounced dead. An autopsy conducted on May 26, 2021 shows that Richmond died from multiple gunshot wounds to the body, and that the manner of death is homicide.

Detectives from the Area II Criminal Investigation Section continued the investigation and learned that the vehicle Richmond was operating had been removed from the scene.

The vehicle was located the following morning on Keala O Keawe Road (Route 160) down an embankment and had been burned.

On June 16, 2021, at 10:30 a.m., detectives from the Area II Criminal Investigation Section arrested Asagra on an outstanding warrant of arrest for suspicion of murder in the second degree.

Asagra remains in police custody at the Kealakehe Police Station in lieu of $550,000 bail pending his initial court appearance, which is scheduled for Friday, June 18, 2021, in Kona District Court.

Police ask that anyone who may have information regarding the incident to call Detective Kimmerlyn Makuakane-Jarrell at (808) 326-4646, ext. 262, via email at Kimmerlyn.Makuakane-Jarrell@hawaiicounty.gov, or the police department’s non-emergency line at (808) 935-3311.