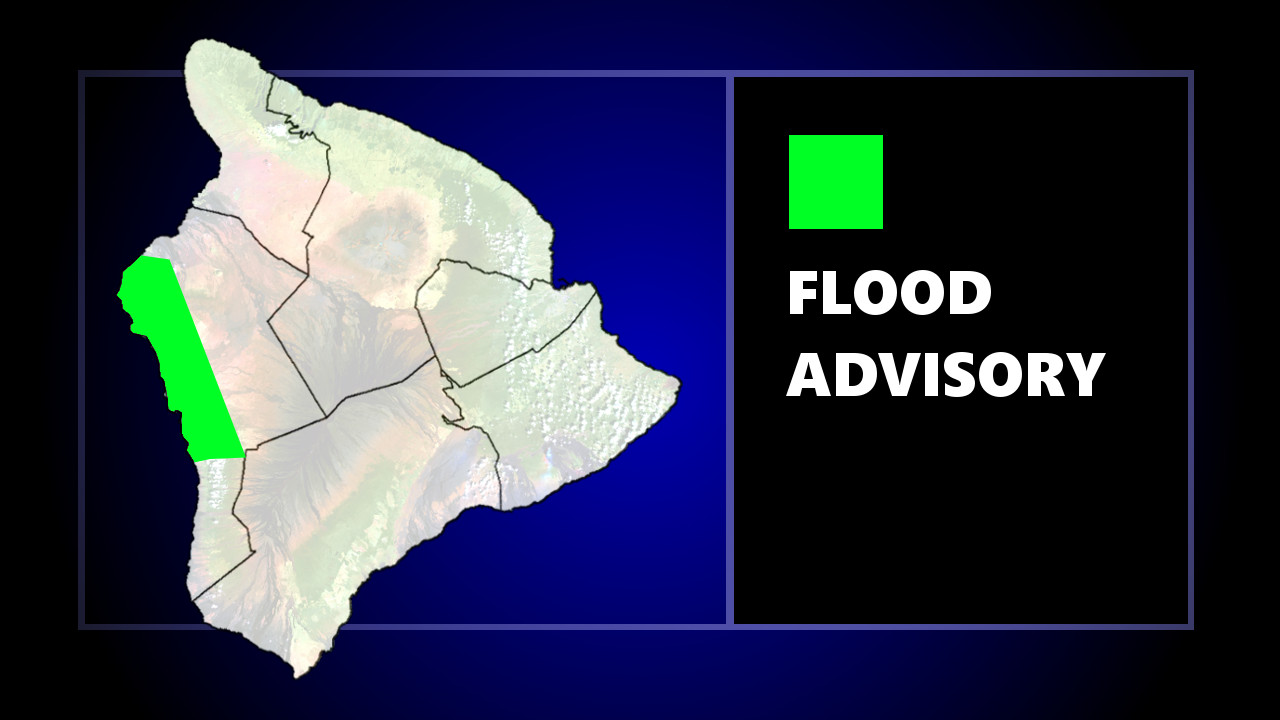 UPDATE – The Flood Advisory is no longer in effect and Queen Kaʻahumanu Highway is open.

(BIVN) – A Flood Advisory was issued for parts of West Hawaiʻi on Saturday night, as heavy rains forced the closure of Queen Kaʻahumanu Highway between Henry Street and Nani Kailua.

National Weather Service in Honolulu said radar indicated heavy rain over the Kona area at 9 p.m. HST. Rain was falling at a rate of 1 to 2 inches per hour. Minor flooding was reported.

The Flood Advisory was in effect until 11 p.m., forecasters said.