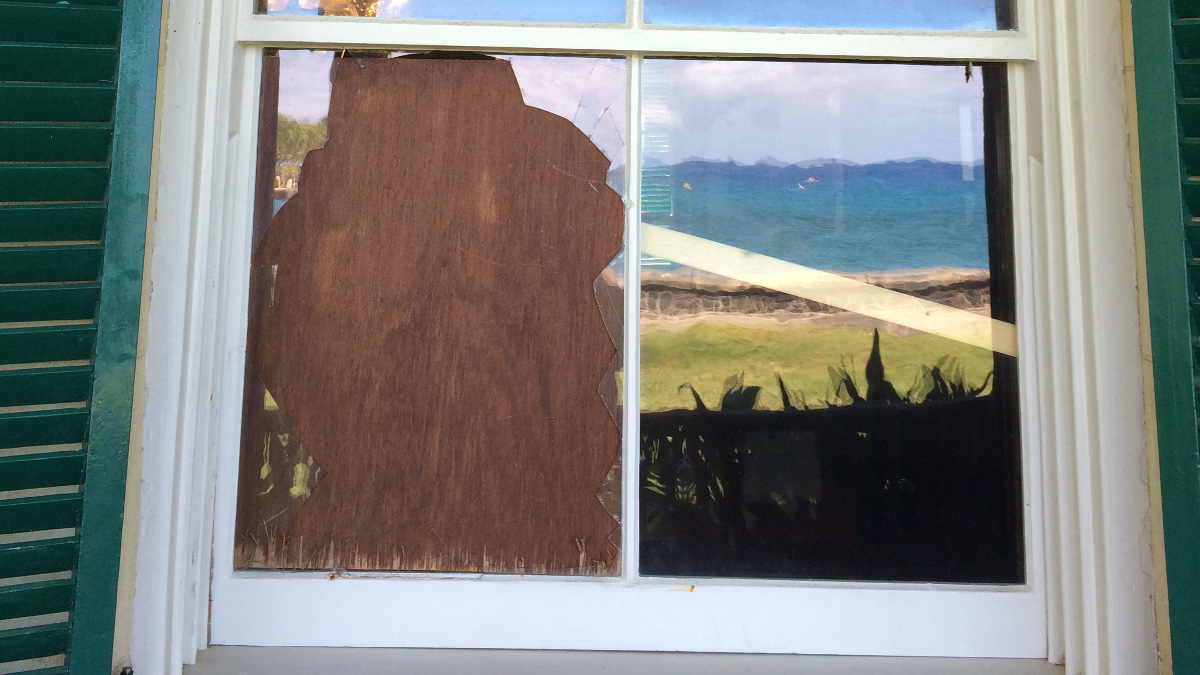 KONA, Hawaiʻi - A 200-year-old door and window at Hulihe‘e Palace were vandalized last month, after an intruder allegedly broke in. 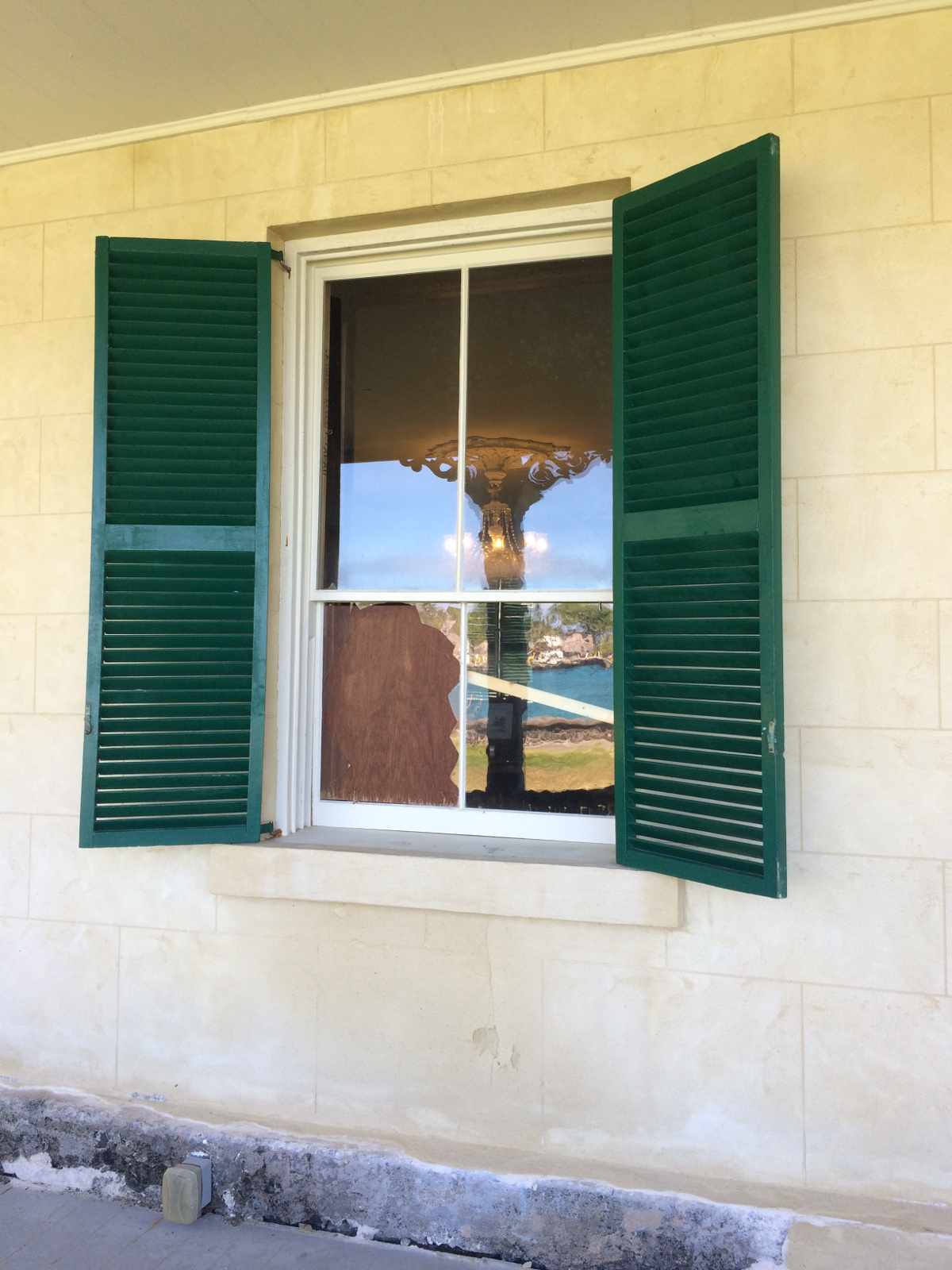 (BIVN) – The Hawaiʻi Department of Land and Natural Resources says it is pursuing emergency repairs from qualified contractors, after an intruder broke into the historic Huliheʻe Palace in on Aliʻi Drive in Kona.

“It is very sad to see this damage,” DLNR Division of State Parks (DSP) Archeologist, Tracy Tam Sing said after seeing a historic door and window at Hulihe‘e Palace vandalized last month. On June 1, 27-year-old Charleigh Flournoy of Kailua-Kona, allegedly broke into the historic palace by shattering a lanai window located on the lower makai side.

The intruder triggered alarms which notified staff. Before they were able to locate her, she wandered around, making her way upstairs to the makai lanai. Staff reported she unsuccessfully attempted to leave by repeatedly kicking a door made of koa, breaking off panels in the process. 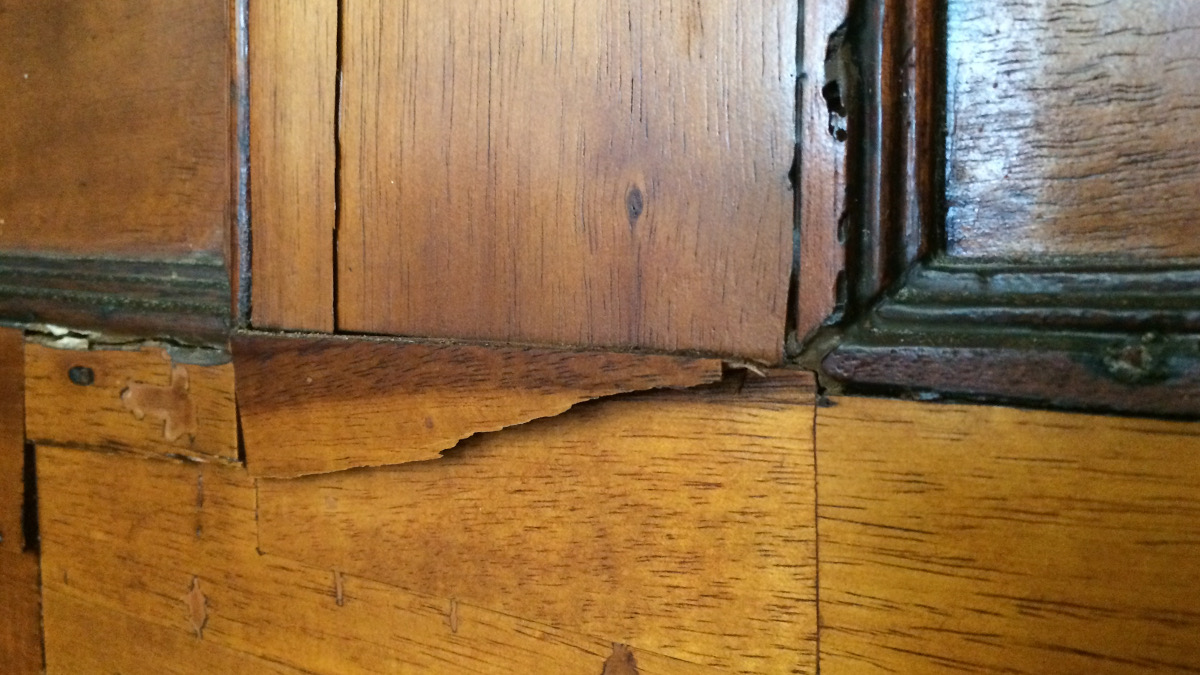 She was then spotted by an on-site caretaker and exited the palace’s back door. A Hawai’i Police Department officer apprehended Flournoy after she jumped over a seawall and swam to the other side of Kailua Bay.

Tam Sing inspected the damage three days later. The door and glass date back to the 1800’s, when King David Kalākaua renovated the palace. “Old glass is very hard to find, so repairs will have to use new aged glass instead,” he said. After the inspection, Tam Sing worked with the DLNR State Historic Preservation Division (SHPD) to receive concurrence on emergency repairs. “We’re very thankful to SHPD for its timely review in order to do the repairs as soon as possible.”

DPS staff contacted Glenn Mason of Mason Architecture & Historic Consulting to order aged glass to replace the shattered window panel. They anticipate hiring a qualified carpenter to do the work, next week. Tam Sing added, “An essential qualification in repairing these historic features is experience in working with old or historic homes in order to complete a ‘same for same’ or ‘like for like’ restoration.”

The cost of the damage hasn’t been determined yet. Repair funds will come from DSP or through the insurance of Daughters of Hawai‘i, the non-profit operating and managing Hulihe‘e Palace.