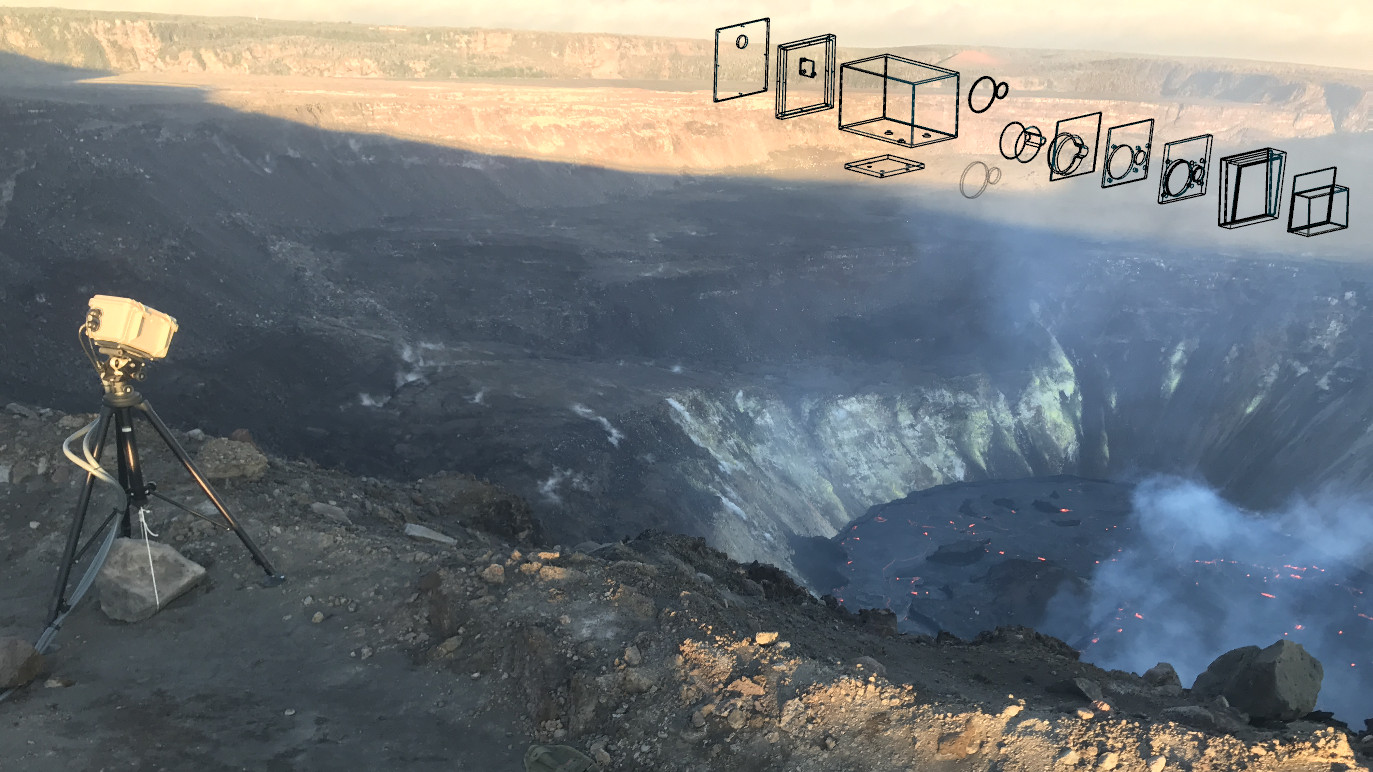 HAWAIʻI VOLCANOES NATIONAL PARK - The prototype Continuous Laser Rangefinder was used to track the changes in the Halemaʻumaʻu lava lake during the most recent eruption.

(BIVN) – Kilauea volcano is not erupting. “Lava supply to the Halemaʻumaʻu lava lake has ceased and sulfur dioxide emissions have decreased to near pre-eruption background levels,” the USGS Hawaiian Volcano Observatory wrote, explaining how the summit eruption that began in December 2020 has paused.

In this week’s Volcano Watch article, Hawaiian Volcano Observatory Field Engineer Frank Younger described a new instrument that was used to measure the lava lake during the most recent eruption. Younger writes:

The night sky over Kīlauea summit lit up with the glow of lava Sunday, December 20th, 2020. Deep in the caldera, the gathered lake water was boiled by surging lava. A reddened plume escaped the crater, as lava took its place within Halemaʻumaʻu.

Eyewitnesses drawn to the crater rim were excited, reverent, and watchful. The eruption onset was observed near and far via technology. The USGS Hawaiian Volcano Observatory (HVO) was onsite and online, transmitting scientific information as the eruption response mounted.

HVO’s prototype Continuous Laser Rangefinder (CLR) gauge was hardened for continuous gauging and pressed into service as part of this effort on December 26th, 2020. The data stream was fully networked and operational on January 8th, 2021.

The CLR gauge is stationed on the western rim of Halemaʻumaʻu crater within a closed area of Hawaiʻi Volcanoes National Park, under a National Park Service permit. The instrument is aimed into the crater at an inclination of 32.57 degrees below the horizon. Current measurement range is about 733 m (2405 ft).

The CLR gauge transmits a laser pulse every second. The 1550 nanometer wavelength laser is invisible and eye safe. The laser beam broadens with distance, making a target footprint about 0.5 m (1.6 ft) diameter on the lava lake surface near the previously active vents on Halemaʻumaʻu’s northwest wall.

A receiver diode senses laser signals reflected from down range. A microprocessor calculates the distance to the lake surface within a centimeter (<½ inch) by measuring the time of flight of the laser pulse.

An onboard inclinometer measures the slant angle of the laser beam. The beam angle is used to calculate vertical elevation of the lake surface below the surveyed instrument elevation. The instrument is stabilized by a sturdy tripod installation, a feature that improves measurement precision.

Real time range measurements are telemetered via HVO’s digital radio network. Database acquisition scripting and custom web plots were designed by HVO to make the lava lake gauge data useful and available on an HVO public webpage for the eruption.

The CLR gauge is co-located with the KW optical camera and F1 thermal camera. The equipment is solar powered by HVO’s flyaway photovoltaic stations, which are rapidly deployed by helicopter. The laser instrument draws 4.5 watts power.

The CLR gauge complements other types of data routinely collected by HVO scientists in the field. Portable laser rangefinder measurements, photogrammetry modeling, and scanning Light Detection and Ranging (LiDAR) surveys are undertaken to study the lava lake at periodic intervals. These techniques provide broader spatial coverage than the CLR’s single point measurement, but are sporadic and have higher error.

CLR lava lake measurements were combined with digital elevation maps of the crater to estimate effusion rate in real time, a first for Kīlauea. The CLR was also instrumental in determining when the eruption paused. This resilient tool will certainly find wider applications in volcano monitoring in Hawaiʻi and elsewhere.