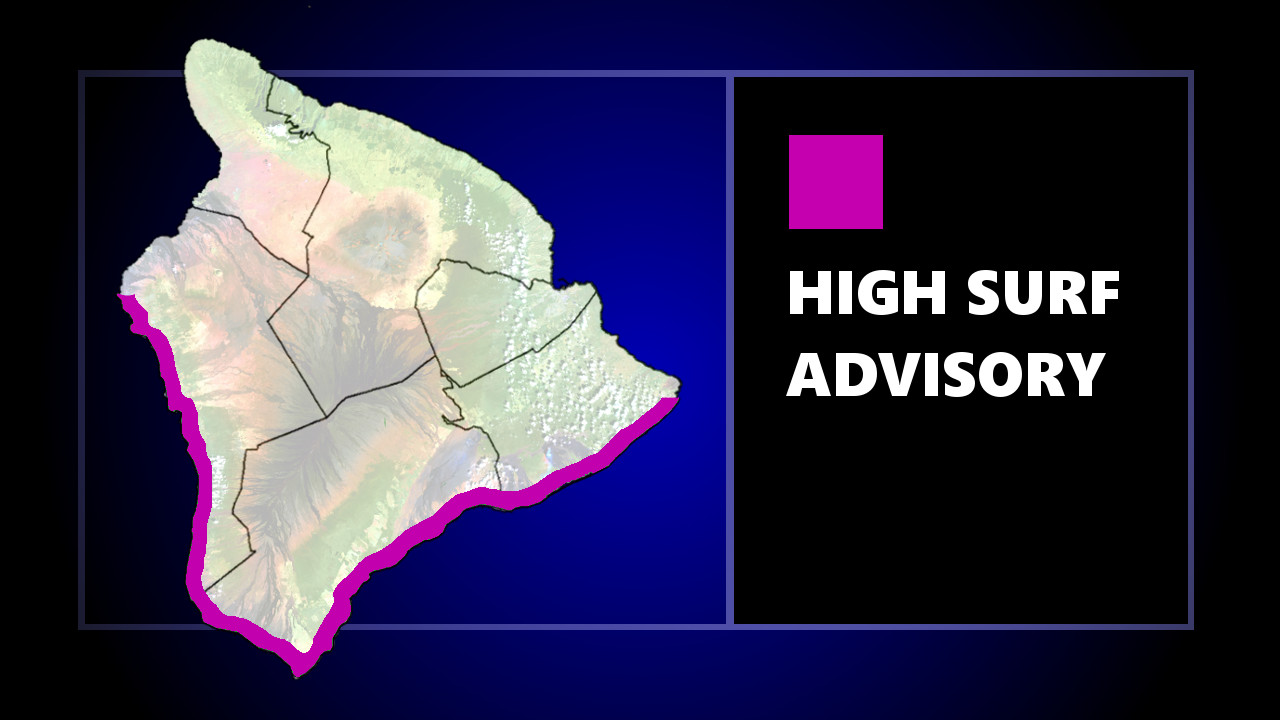 (BIVN) – A High Surf Advisory has been issued for south facing shores of all Hawaiian Islands.

The National Weather Service in Honolulu says “a long-period south-southwest swell will produce elevated surf” along south facing shores early this week. The surf is expected to build today and tonight, then peak on Tuesday. Then, the swell will gradually lower from Tuesday night through Wednesday.

Forecasters say surf will rise to heights of 8 to 12 feet along south facing shores from later today and tonight through Tuesday. The advisory is expected to be in effect from now until 6 p.m. Wednesday.