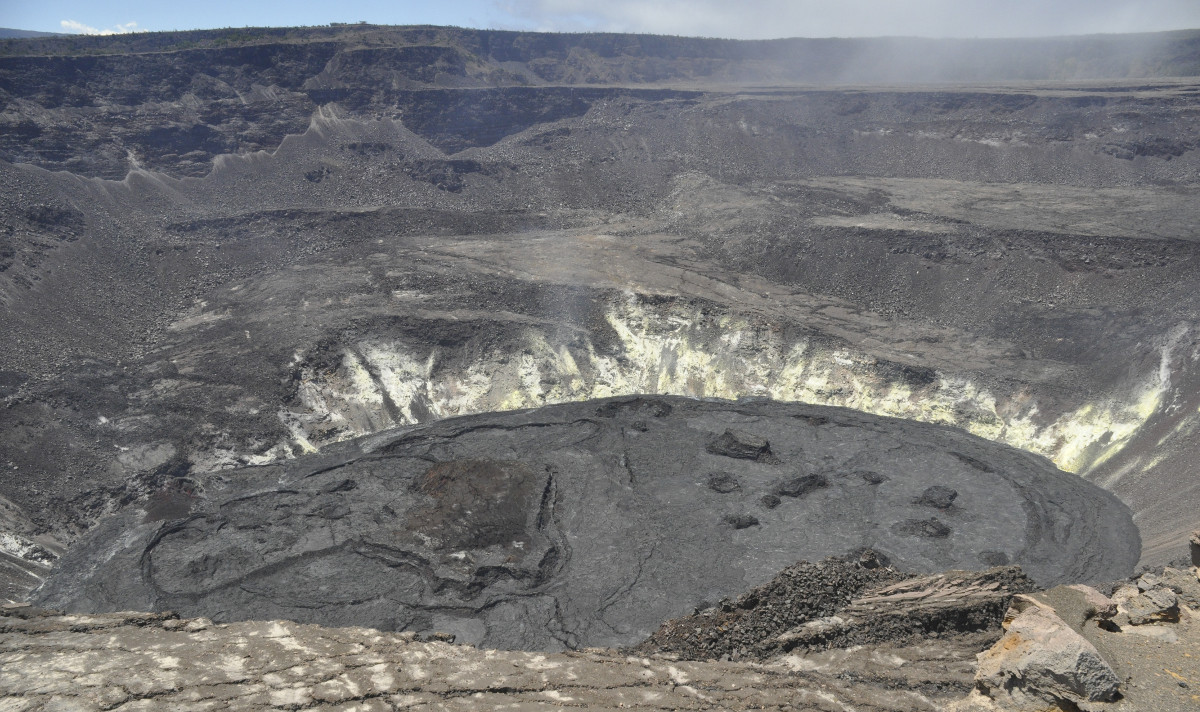 USGS: "A view looking north into Halema‘uma‘u on July 2, 2021. Although eruptive activity has paused at the summit of Kīlauea, HVO geologists still monitor the lava lake and summit area regularly. Lava lake surface depths remain the same over the past few weeks. The field crew on July 2 heard two rockfalls originating slightly east (right) of the field of view from the Halema‘uma‘u southern caldera wall." USGS photo by N. Deligne.

HAWAIʻI ISLAND - Kīlauea Volcano is not currently erupting, although seismicity has slowly increased in recent weeks in the summit region.

“No surface activity has been observed by field crews or in webcam images since May 23, 2021,” the USGS said.

Monday’s earthquake, felt by residents as far away as Kauaʻi, was “related to stress from the weight of the island on the underlying ocean crust and mantle,” said HVO Scientist-in-Charge, Ken Hon. “These earthquakes are relatively common and not directly related to volcanic processes.”

Although Kīlauea is currently quiet, scientists note seismicity at the summit has slowly increased in recent weeks. USGS wrote:

Summit tiltmeters recorded two deflation-inflation cycles over the past week, along with continued gradual inflation. Continued inflation was also recorded by summit GPS instruments; however, the pattern of tilt and GPS motions indicates that the inflation center may have shifted slightly to the southern part of the caldera. Seismicity has been slowly increasing in recent weeks, though it has not yet reached levels seen immediately prior to the December 2020 eruption.

No unusual activity has been noted in the East Rift Zone, USGS said.

It is possible that the Halema‘uma‘u vent could resume eruption or that Kīlauea is entering a longer period of quiescence prior to the next eruption, scientists repeated. Kilauea is currently at an ADVISORY alert level.