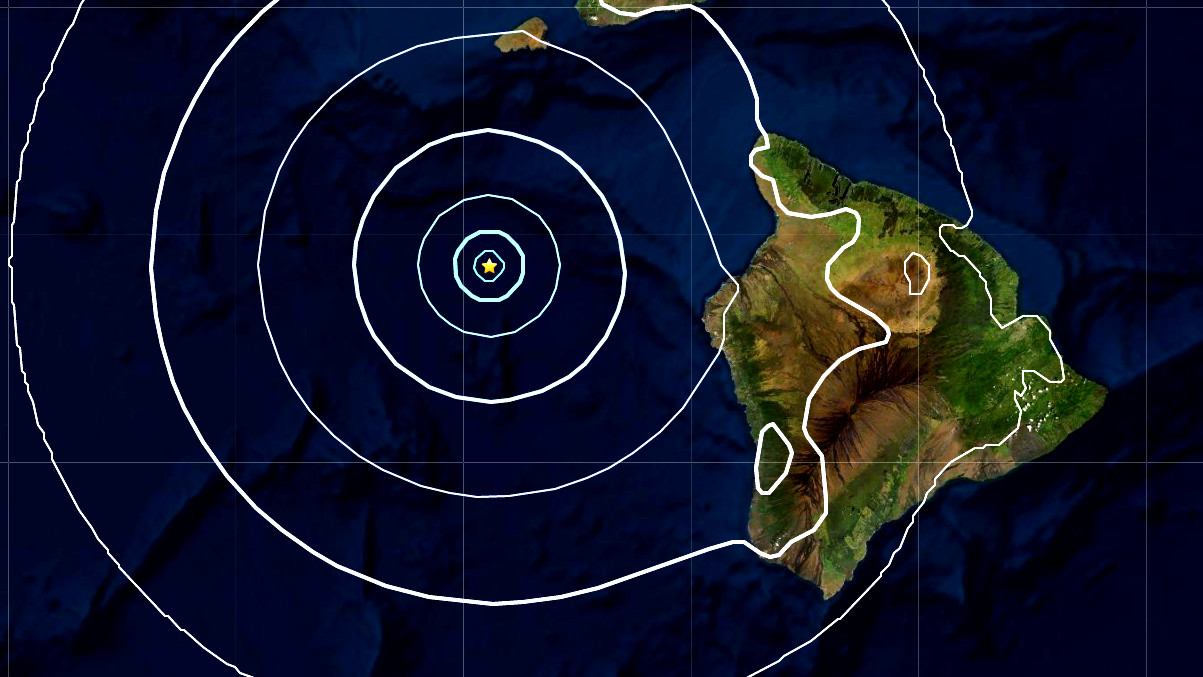 Image from interactive map by USGS shows the location of the earthquake.

(BIVN) – A Magnitude 4.2 earthquake rumbled under the Pacific Ocean on Wednesday morning, nearly 50 miles off the coast of Kona.

The earthquake occurred “in the deep ocean south of Kahoʻolawe”, west northwest of Kalaoa, at 7:40 a.m. HST.

The Pacific Tsunami Warning Center reported that no tsunami is expected from the earthquake. However, the PTWC added, some areas may have experienced shaking.

The earthquake was reportedly felt as weak shaking in Kona and on Maui.

UPDATE – (11:30 p.m.) – According to HVO Scientist-in-Charge Ken Hon, “the earthquake was likely due to readjustment of the oceanic plate from the weight of the island chain and poses no significant hazard. The earthquake had no apparent effect on either Mauna Loa or Kīlauea and the Pacific Tsunami Warning Center reported that no tsunami was generated by the earthquake.”