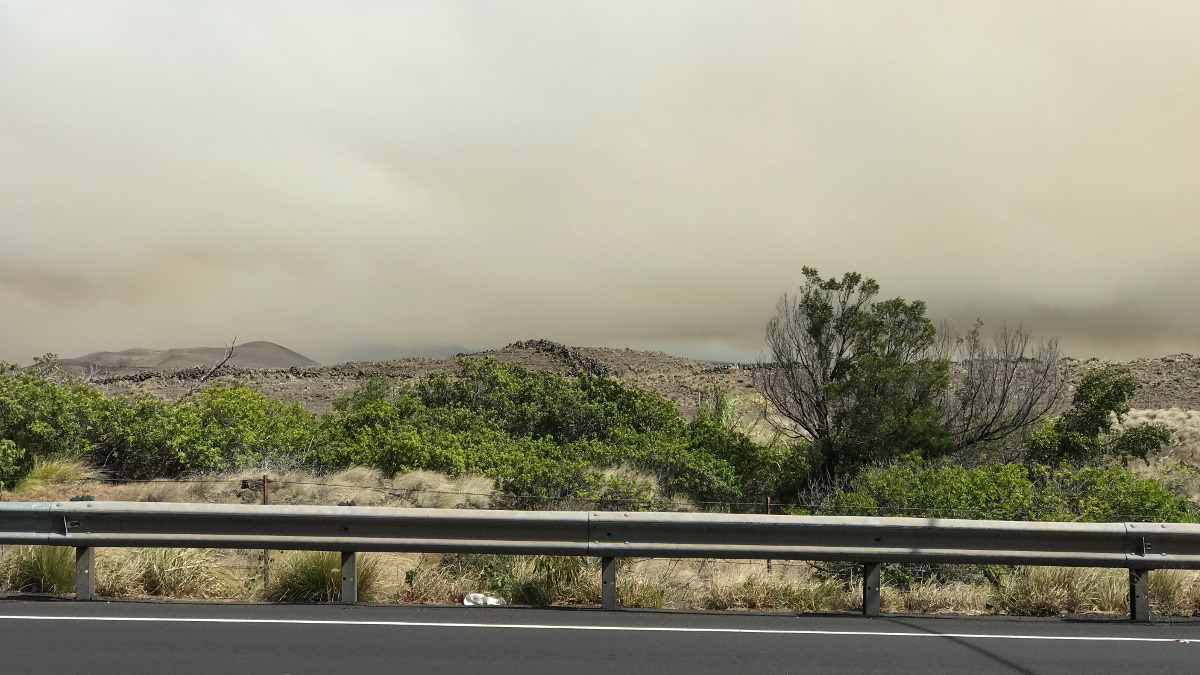 WAIMEA, Hawaiʻi - Emergency officials said the fire is generating smoke that can be seen as far away as Waikoloa Village and Hawaiian Homelands in District 9. 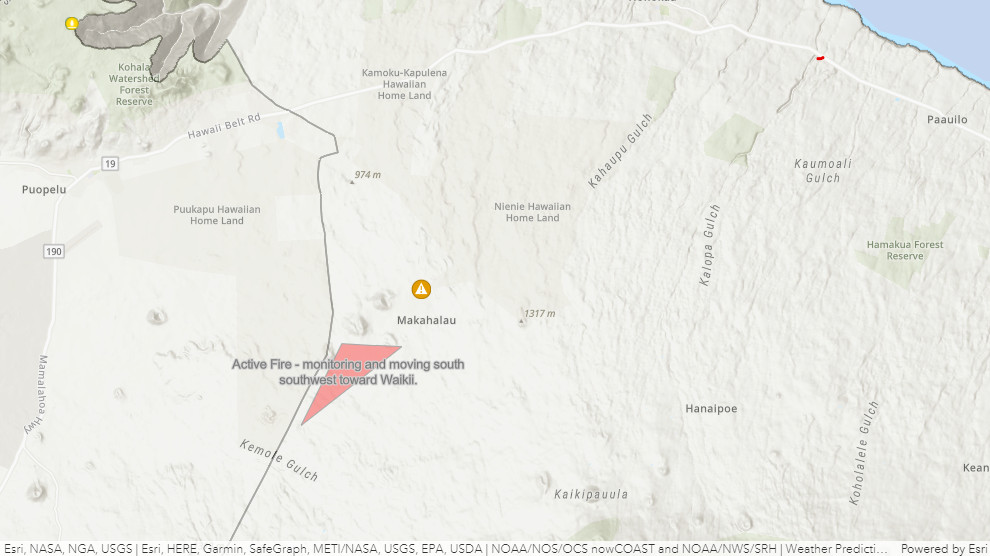 (BIVN) – The Hawaiʻi Fire Department is responding to a wildland fire in South Kohala.

The runaway fire was reported on Mana Road near Parker Ranch land, outside of Waimea, around 10:45 a.m. Friday morning, County officials say. In a morning alert message was issued by the County, officials said the fire was being fanned by winds and was growing.

In a later civil defense alert, it was reported:

This fire is generating smoke that can be seen as far away as Waikoloa Village and Hawaiian Homelands in District 9. The Fire Department is on scene and conducting fire suppression operations. We appreciate your concern, but there is no need to call Fire Dispatch to report smoke generated by the fire. Thank you for helping to keep your community safe.

Firefighting efforts were concentrated on developing containment lines and extinguishing the fire. Driving conditions on Old Saddle Road and Highway 190 may be affected by smoke, officials said, as they asked motorists in the area to drive with caution.