Video courtesy Hawaiʻi County / Na Leo TV, and video from the scene of the fire by Daryl Lee

HAWAIʻI - County officials provided media outlets and the community with a 7 p.m. HST update on the current brushfire engulfing parts of Waimea and South Kohala. 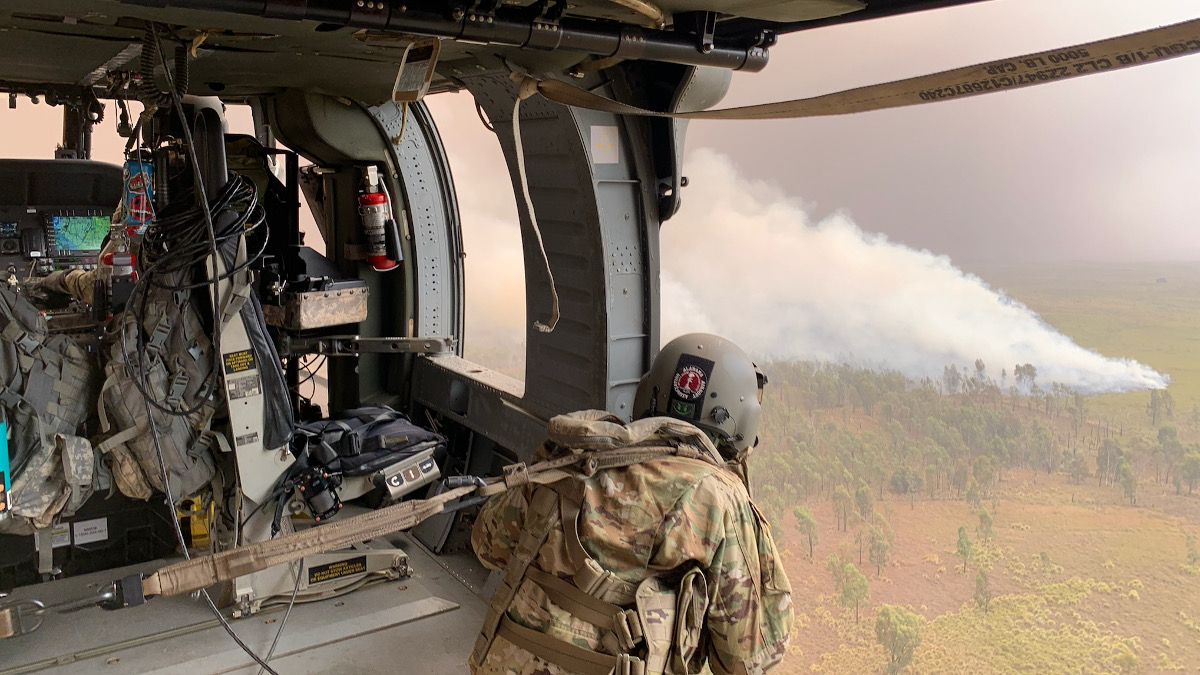 (BIVN) – Residents living in areas that were evacuated earlier Sunday due to a large, fast moving brush fire will be allowed to return home this evening.

Hawaiʻi Fire Department Chief Kazuo Todd said there are several active fires west of Highway 190, but based on the weather patterns for the evening, they are looking at lifting the mandatory evacuation orders for Waikoloa Village, Waikiʻi Ranch, and Puʻukapu Hawaiian Homesteads. Officials say homes are not in danger at this time.

“This will be reevaluated in the morning as we expect wind tomorrow to again go up,” Chief Todd said. “Our current wind forecast is showing wind patterns between 18 and 28 mph, with gusts of up to 40 mph. So throughout the evening, our crews will be looking to build fire breaks with dozers and back-burns. The temporary lift on the mandatory evacuation may have to reinforced later on due to prevailing weather patterns.”

Some roads remain closed, officials say. “The community of Waikiʻi Ranch will not have access to the ranch as the road is still closed due to active fires in the area,” Chief Todd said. He also warned of heavy smoke in the areas where the evacuation has been lifted.

Cyrus Johnasen, Director of Communications for Mayor Mitch Roth, said there would not be an updated number on the size of the fire this evening. The tally was last reported to be over 40,000 acres.

Johnasen also said that as of this evening, there are two structures confirmed to have been destroyed in the fire. There have been previous reports of structures lost to the fire in the Puʻukapu Hawaiian Homestead.

U.S. Army resources from the Pohakuloa Training Area were also assisting with the firefighting effort. The Pōhakuloa Training Area Public Affairs Office says five helicopters from the Oʻahu based 25th Combat Aviation Brigade (four UH-60 Blackhawks and one CH-47 Chinook) has been dumping water on the fire from sunrise to sunset. The PTA public works team is also manning four large bulldozers to cut firebreaks ahead of the fire. PTA says a team of approximately 12 firefighters from the base have been involved with the fire since it began on Friday, under the direction of the incident command center established at West Hawaii Concrete.