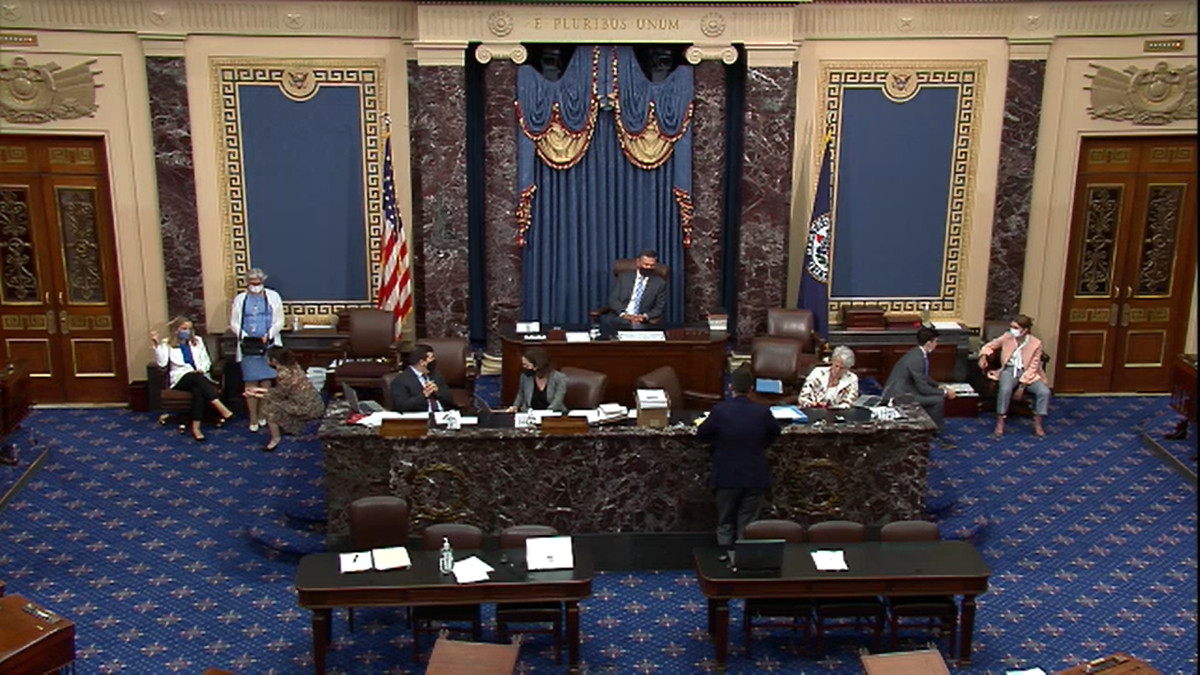 Image from video from the U.S. Senate video stream on Monday

WASHINGTON D.C. - The U.S. Senators from Hawaiʻi issued statements on the bipartisan Infrastructure Investment and Jobs Act, passed today by the senate.

(BIVN) – The United States Senate on Tuesday voted to pass the Infrastructure Investment and Jobs Act, a $1 trillion bipartisan infrastructure deal said to include at least $2.8 billion in estimated funding for Hawai‘i.

The bill, which will head to the U.S. House of Representatives for consideration, will fund the repair of roads and bridges, improve public transportation options, and strengthen high-speed internet access across Hawai‘i.

“Billions of federal dollars for Hawai‘i are in this bill to help us fix up our roads and bridges, and create thousands of new jobs across the state,” said Senator Brian Schatz (D-Hawaiʻi), Chairman of the Senate Appropriations Subcommittee on Transportation and Housing. “This massive investment will make it safer and easier for Hawai‘i families to get around, while helping grow our local economy.” Sen. Schatz noted that the bill includes the Vulnerable Road Users Safety Act, which he worked to have included in the deal, which “will help utilize technology, infrastructure, and design expertise to vastly reduce pedestrian and cyclist road deaths in Hawai‘i and across the United States.”

“This historic investment in our nation’s infrastructure means that communities across the country can address their longstanding infrastructure needs,” said Senator Mazie Hirono (D-Hawaiʻi). “But the Senate’s work is not done: it is critical we deliver on the promises we’ve made to help American families through affordable childcare, a permanent expanded Child Tax Credit, universal pre-K, Medicare expansion, and paid family leave.”

The office of Senator Schatz pointed to these key provisions for Hawai‘i included in the infrastructure deal:

Roads, bridges, and major projects – at least $1.5 billion for Hawai‘i

Airports – at least $246 million for Hawai‘i

Broadband – at least $160 million for Hawai‘i

Clean energy and grid – at least $3 million for Hawai‘i