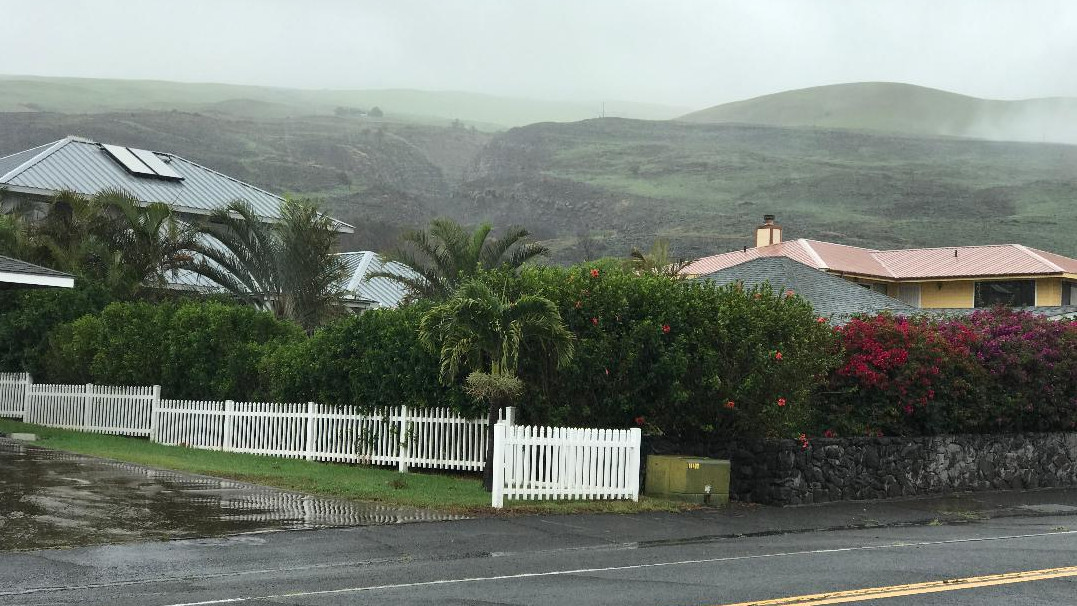 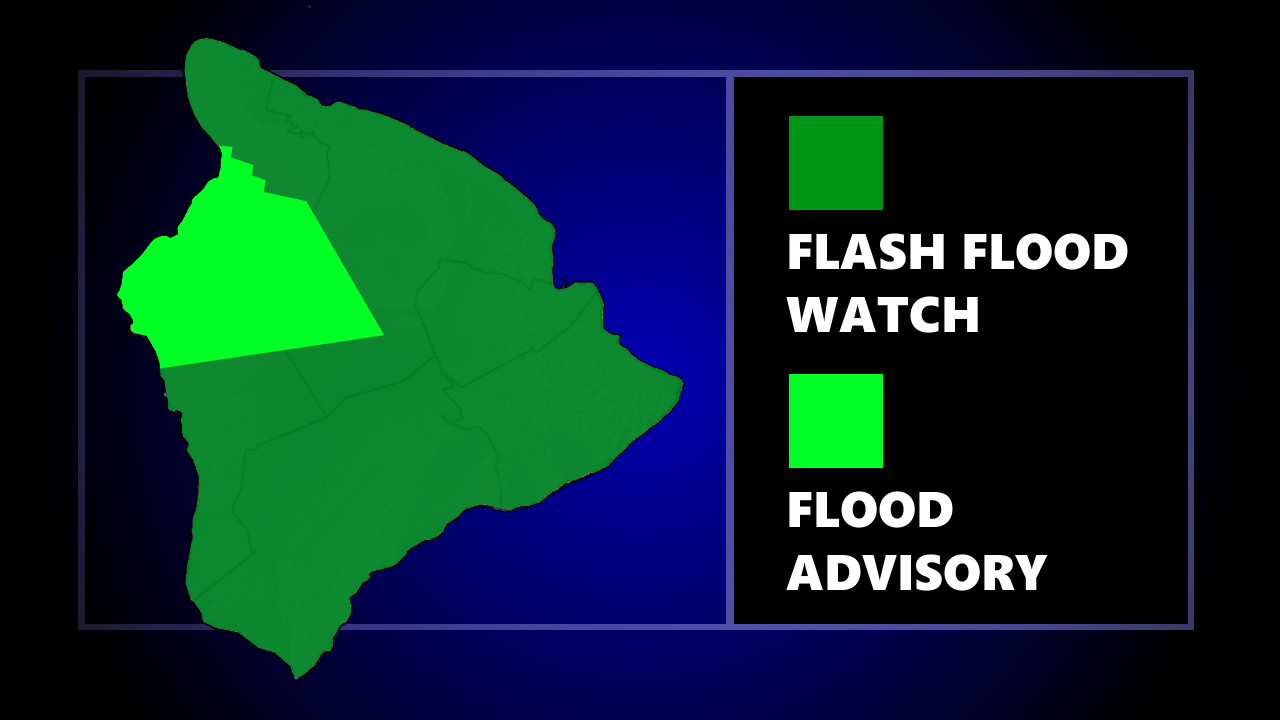 (BIVN) – A Flood Advisory was issued for the South Kohala-area of Hawaiʻi island on Monday afternoon, while the rest of the Big Island remains under a Flood Watch.

From a 3:35 p.m. HST message by the National Weather Service in Honolulu:

At 3:35 PM HST, radar indicated moderate to heavy rainfall over portions of the South Kohala, North Kona, and Hamakua Districts of the Big Island. The highest rain rate of 1 to 2 inches per hour was near Waikoloa Village. Some of the heavy rainfall was also over the western end of the Mana Road burn scar area near the Waikoloa Road junction. Heavy rainfall is expected to ease around sunset.

Unstable atmospheric conditions, brought about by the surface low moving across the islands, will produce moderate to heavy rain across all islands, elevating the threat for flash flooding through late tonight, forecasters say.