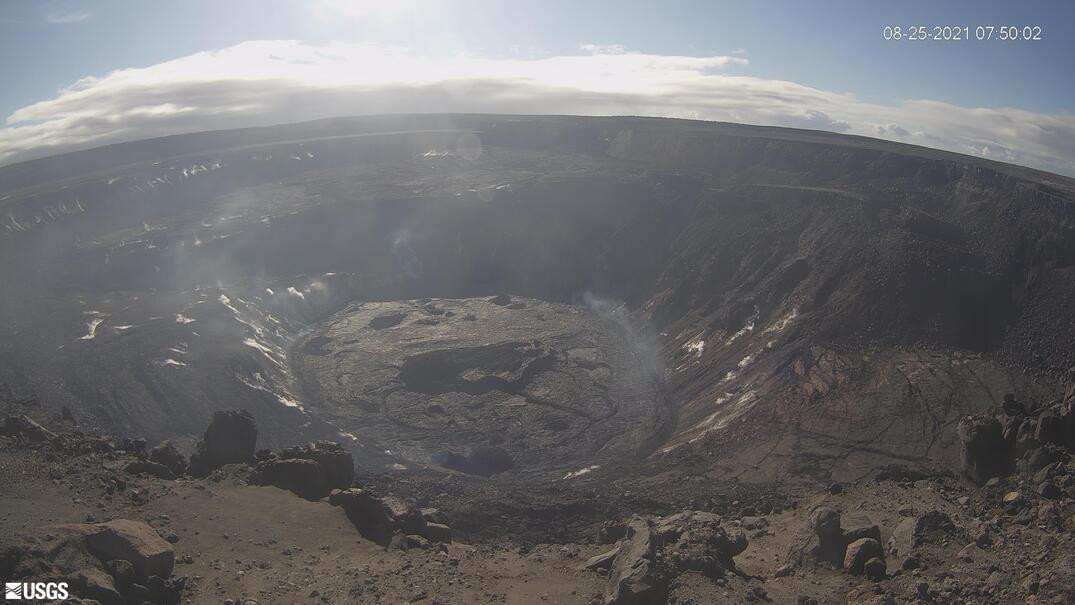 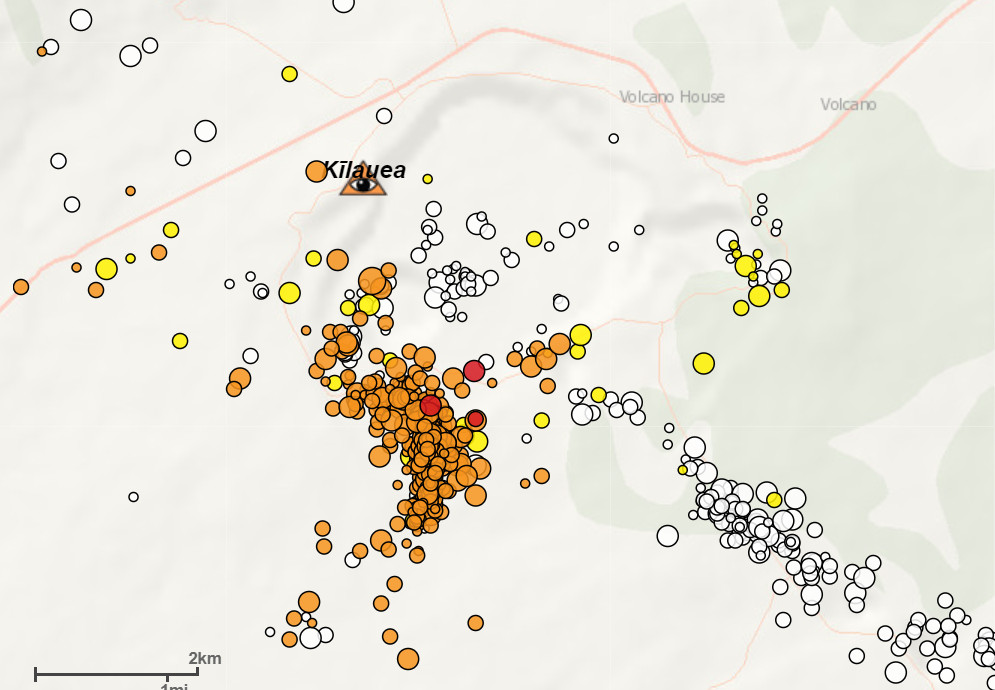 Image from interactive USGS map showing the location of the swarm of earthquakes at the summit of Kīlauea as of August 25 at 8 a.m. HST. The most recent earthquake locations are in red.

(BIVN) – The earthquakes swarm continues at the summit of Kilauea, but the volcano is not erupting.

There were over 350 measured earthquakes recorded under the volcano on Tuesday, USGS data streams show, with the increased seismicity apparently continuing on Wednesday.

The increase in earthquake activity – located beneath the south part of Kīlauea summit caldera, within Hawaiʻi Volcanoes National Park – began around 4:30 p.m., HST, on August 23. “The swarm was accompanied by an increase in the style of ground deformation recorded by the Sandhill tiltmeter, just to the west of the earthquake swarm location,” US Geological Survey scientists wrote on Tuesday. “The same tilt increase was also recorded by the tiltmeter near Uēkahuna Bluff and the site of the old HVO building.”

“The onset of the earthquake swarm was coincident with a change in the style of ground deformation at tiltmeters in the Kīlauea summit region, potentially indicating the shallow movement of magma beneath the south part of Kīlauea caldera,” the scientists wrote.

On Tuesday, the US Geological Survey Hawaiian Volcano Observatory raised the volcano alert level/aviation color code for Kīlauea from ADVISORY/YELLOW to WATCH/ORANGE.

Scientists reported yesterday that webcams and satellite imagery were showing no evidence of lava at the surface. The USGS said it will continue the monitor the situation and will issue additional messages and alert level changes as warranted by changing activity.

Meanwhile, there is no entry fee to enter Hawaiʻi Volcanoes National Park today (August 25). HVNP is joining the other national parks across the country in celebration of the National Park Service’s 105th birthday.