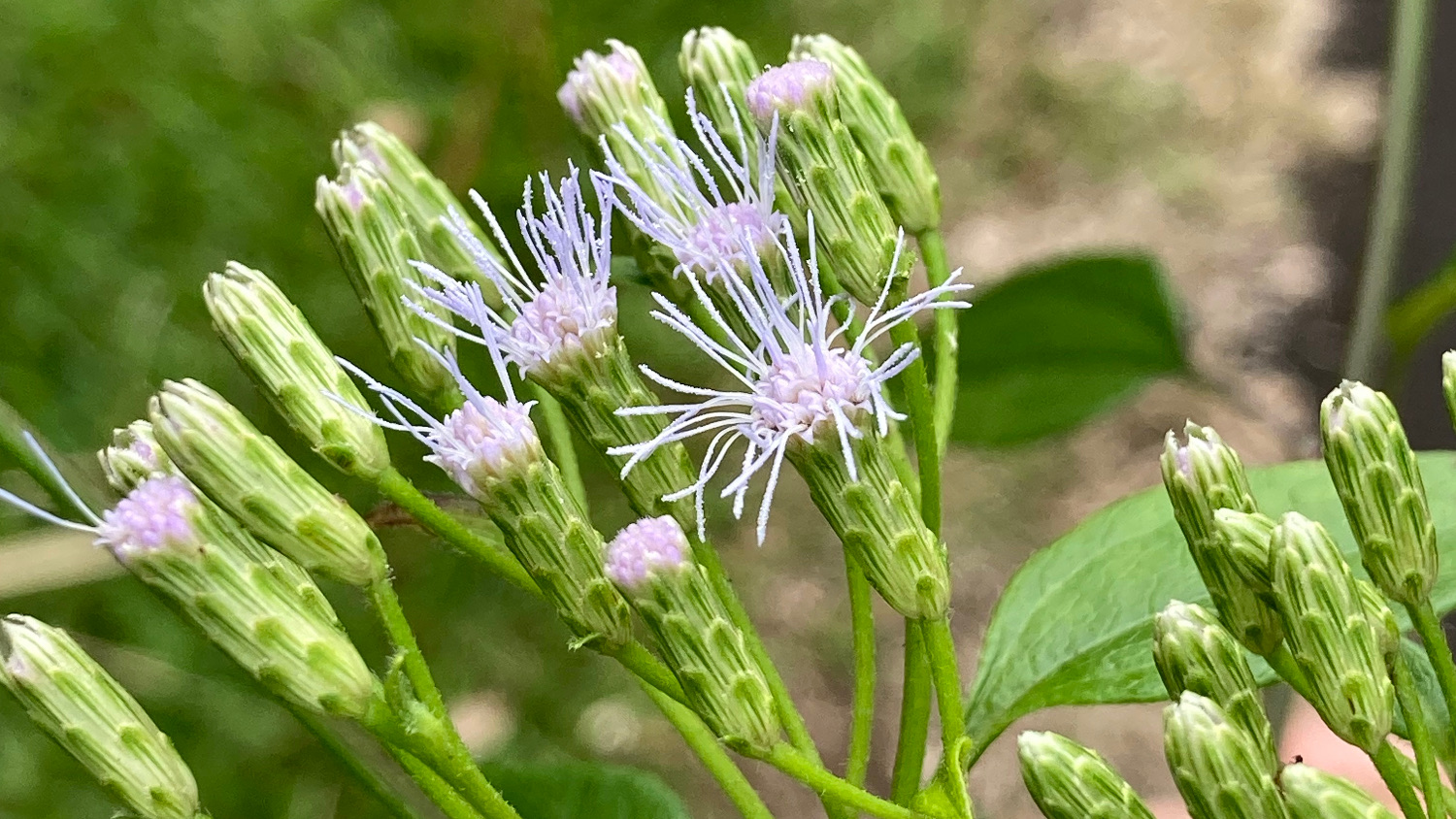 HILO, Hawaiʻi - The highly invasive chromolaena odorata, toxic to livestock, has been found for the first time on the Big Island. 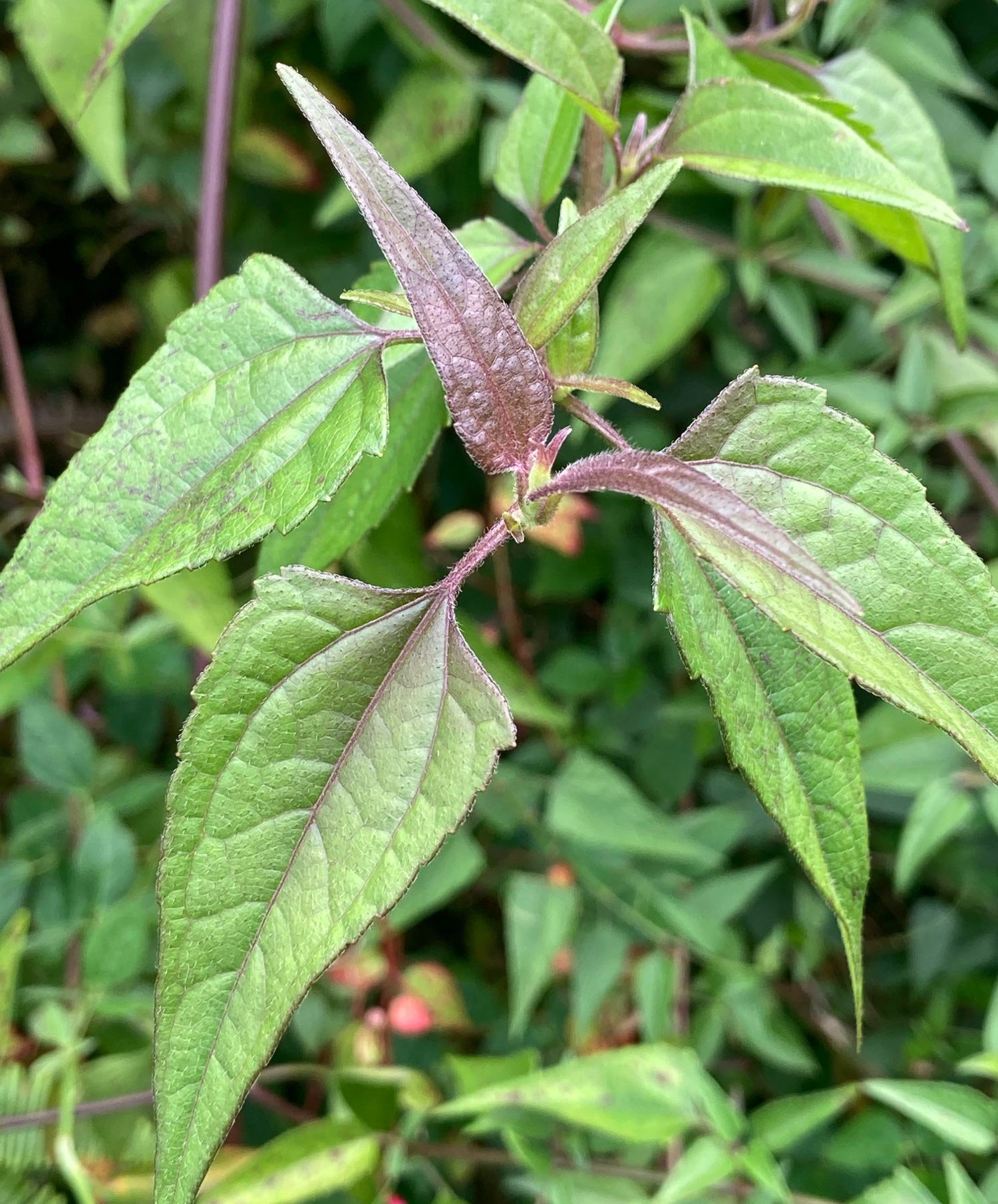 (BIVN) – Chromolaena odorata, a noxious and invasive “Devil Weed”, has been discovered for the first time on Hawaiʻi island.

This alert was shared by the Big Island Invasive Species Committee on Friday:

A highly invasive plant from the tropical Americas has been found on the Big Island for the first time. Chromolaena odorata, known as “devil weed” for its pitchfork shaped leaf pattern, was recently found in Hilo near the Hilo motocross track by a staff member of the Big Island Invasive Species Committee. Subsequent surveys confirmed devil weed at two locations in Puna, and it is suspected there may be more.

The plant is listed as a Noxious Weed in the state of Hawai’i and is designated as one of the world’s 100 worst invasive species by the International Union for the Conservation of Nature (IUCN). An aggressive colonizer of clearings that can also spread into wet forests, devil weed creates an ecological nuisance, creating dense thickets up to six feet in height that impede growth and regeneration of native species. Additionally, devil weed is toxic to livestock and aggressively invades pastures, and has caused severe damage to ranchers and farmers in areas where it has become widely spread.

Chromolaena odorata is also a fire hazard, particularly in drier areas. Sometimes called “turpentine weed” for the characteristic smell of crushed leaves, it produces a toxic metabolite that poisons the ground around the plant to reduce competition, and can also serve as a fire fuel even if the plants are not fully dry. For allergy-prone people, handling of the plant may lead to skin complaints and asthma.

“Hawaii Island has endured an onslaught of invasive species, especially recently. Another one, Chromolaena odorata, or devil weed, is the latest to cross our shores, with potentially major consequences for ranching and agriculture. Now is the time to eradicate this dangerous weed; we won’t have a second chance,” says Douglass Adams, director of the Department of Research and Development at the County of Hawaii. The department is contributing funding to BIISC to assist with the response, including support for a use of a detector dog to efficiently locate plants on large agricultural parcels.

Until this year, the only known populations of C. odorata in Hawaii were on Oahu, where it was first detected in 2011 at the Kahuku Training Area and Motocross Track and subsequently spread to Kahana Valley, Pūpūkea and ’Aiea. Each plant can produce hundreds of thousands of tiny, sticky seeds per year, which are wind dispersed and can be carried inadvertently by birds, pets, and people.

Motocross and ATV users of the Hilo track are being asked to be on high alert that devil weed may have traveled home with them. New populations have already been detected in areas of Leilani Estates and Hawaiian Paradise Park. The seeds are not very noticeable, and could easily cling to hats, gloves, bags or other material, as well as in mud on tires. All residents are being asked to be on the lookout for devil weed in their backyards and in their favorite outdoor recreation spaces.

BIISC and the Hawaii Department of Agriculture are responding to this new detection as an eradication priority. “With the opening created by the wildfires and the impacts from the twolined spittlebug, if just a few seeds of this plant were to make it to the West side, it could be a disaster on top of a disaster for Big Island ranchers and farmers,” said Franny Brewer, Communications Director for BIISC.

BIISC crews are working to remove and bag all mature plants to prevent seed spread at known locations. Crews wear dedicated gear that cannot be used for work in other places, to prevent contamination and spread. BIISC recommends that residents do not attempt to remove weed themselves, but instead report it immediately. Photos of suspect plants can be emailed to biisc@hawaii.edu or sent via Facebook or Instagram to BIISC.

“If you see a strange plant or insect, contact us,” says Brewer. “There is only a short window of opportunity to prevent irrevocable spread of a new invasive species. A lapse of a few months or a year can make the difference between successful control of an invasive, or a never-ending battle.”