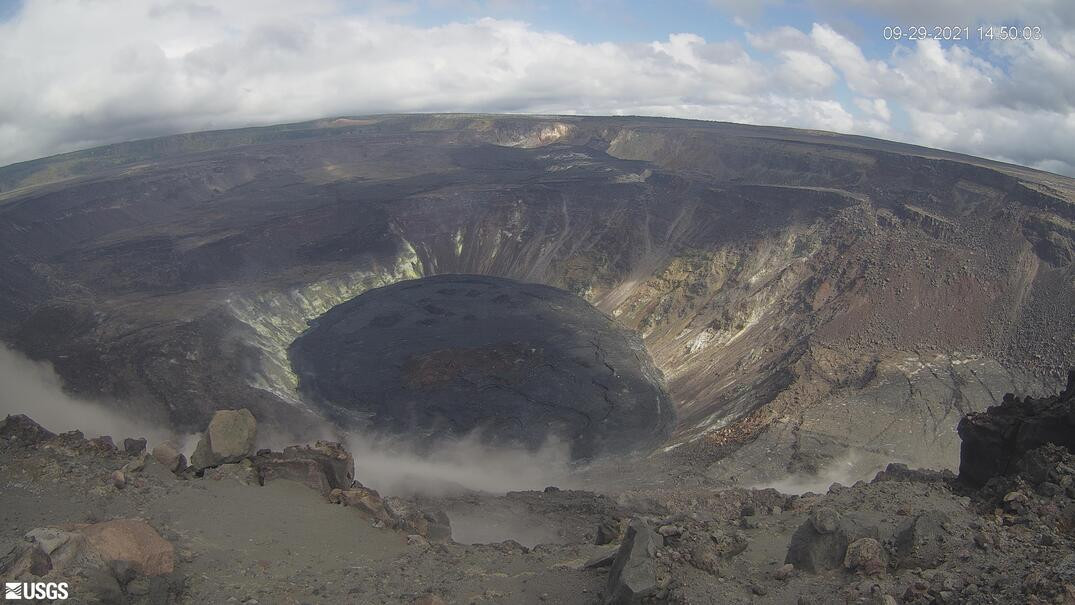 HAWAIʻI ISLAND - After a quiet few weeks, a swarm of earthquakes began shaking the summit area of Kilauea on Wednesday afternoon. 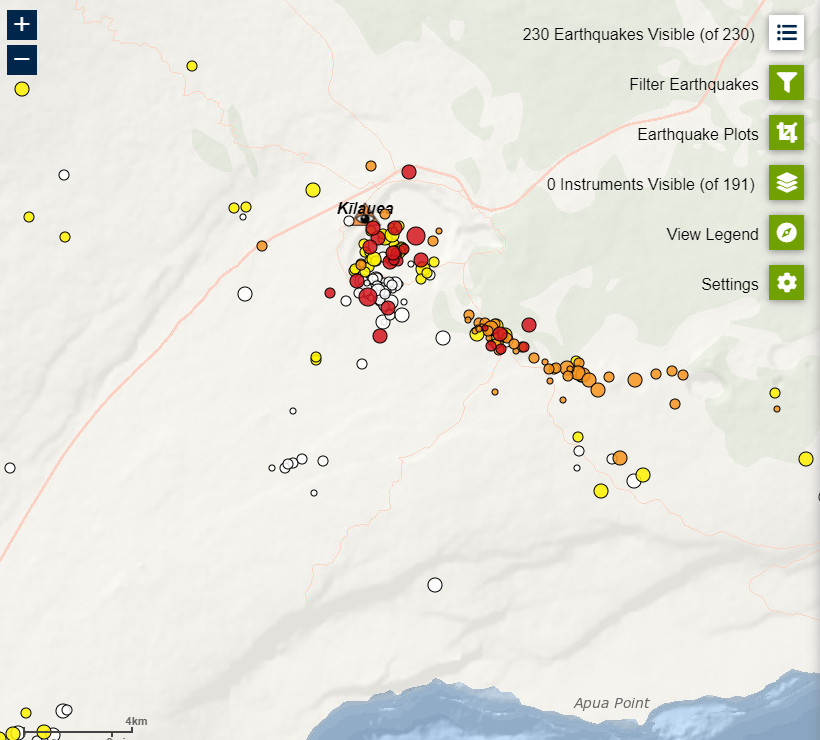 image from USGS interactive map showing the swarm of earthquakes at the summit of Kīlauea.

(BIVN) – The alert level for Kīlauea volcano was raised suddenly on Wednesday afternoon, after an earthquake swarm began at the summit.

This Volcanic Activity Notice was posted by the USGS Hawaiian Volcano Observatory at 3:09 p.m. HST:

Kīlauea volcano is not erupting. Increased earthquake activity and changes in the patterns of ground deformation at Kīlauea’s summit began occurring as of approximately noon on September 29, 2021, indicating movement of magma in the subsurface. At this time, it is not possible to say with certainty if this activity will lead to an eruption — the activity may remain below ground, as occurred in August 2021 and early December 2020 (two weeks prior to the December 2020 – May 2021 summit eruption), when magma intruded beneath the caldera but did not erupt. However, an eruption in Kilauea’s summit region, within Hawai‘i Volcanoes National Park and away from infrastructure, is one potential outcome.

The US Geological Survey Hawaiian Volcano Observatory is raising the volcano alert level/aviation color code for Kīlauea from Advisory/Yellow to Watch/Orange due to this activity.

The current activity is confined entirely within Hawaiʻi Volcanoes National Park. The Hawaiian Volcano Observatory says it is in constant communication with the National Park Service and will continue to monitor the latest activity closely and adjust the alert level accordingly.